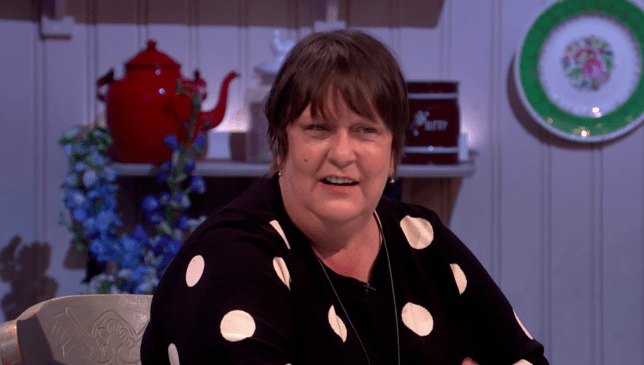 Bake Off contestants Marc, Peter, Hermine, Dave and Laura were set the ‘impossible’ task of making a Sussex pond pudding in the quarter final.

Fans weren’t too impressed by the scenes as the bakers struggles in the tent – and Kathy wasn’t too keen on the end result either.

Appearing on Bake Off: Extra Slice, the comedian fumed: ‘I thought it was absolutely disgusting.

‘It made me heave just looking at it. Suet as well, suet is animal fat and I’m a vegetarian. I just was repulsed. 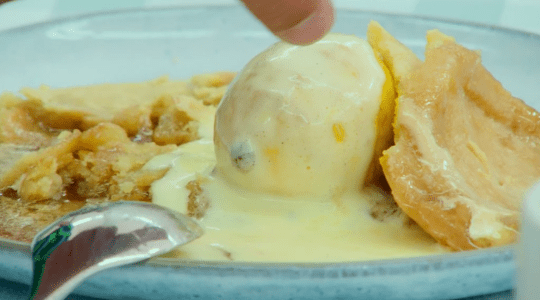 ‘I thought it was horrible.’

‘It’s something that the Wicked Witch would bake with, like “wing of bat, suet”,’ Sophie Duker agreed.

Kathy clearly wasn’t happy with the dessert but may need to direct her fury at Prue – who actually set the task.

Viewers watching on from home couldn’t get enough of 56-year-old’s Extra Slice stint, begging Channel 4 to make it her a regular guest.

‘@KathyBurke #GBBO #ExtraSlice 5 mins in I’m laughing so much,’ one commented on Twitter. ‘You are funny Kath (just what we need).’

‘Dream panel on #ExtraSlice @KathyBurke on my telly makes me happy,’ a Twitter user penned.

‘Loving @KathyBurke’s description of a pond pudding #ExtraSlice,’ another added.

Great British Bake Off continues on Tuesdays, at 8pm, on Channel 4 – with spin-off Extra Slice airing on Fridays, at 8pm.