A DREAM home that featured on Grand Designs was left hanging in the balance after a concrete wall was “unacceptably” damaged.

Wednesday evening’s instalment of the Channel 4 programme, saw Kevin McCloud observe as Ollie takes on a huge renovation project for his parents.

Ollie was faced with all sorts of problems on Grand Designs 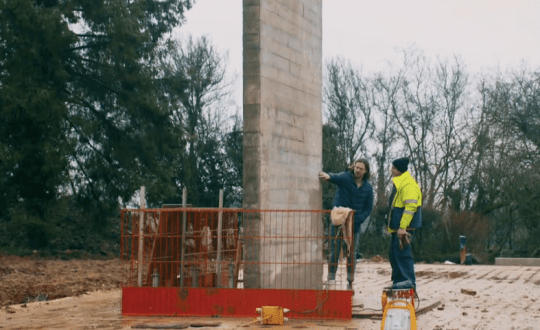 After falling in love at the Newbury races, John and Helen had settled into a 17th-century farmhouse, where they lived for more than 13 years.

But after Helen suffered a catastrophic stroke, severely affecting her mobility, John decided to purchase a new property with better access.

The retired racehorse breeder bought a two-acre plot in Dunstable, with plans to spend £1,300,000 turning the plot into a new high-tech wheelchair-accessible pavilion, complete with wildlife garden.

As Ollie has a small construction business, he is enlisted as the site’s project manager and is tasked to oversee the transformation within 16 months.

However, trouble strikes when defects are discovered in an eight-metre tall exposed concrete spine wall.

Kevin explains: “The second pour of concrete a few weeks later is not so good. In fact, it’s unacceptable. And it’s given Ollie a big headache.”

Looking dismayed, Ollie says: “It’s just really unfortunate that, especially as you walk into the house, the main honeycombing and the main area of defect is there in front of you.

“I’m dubious as to how much of it can be repaired.”

In a desperate attempt to save the wall and not spend a huge sum of money starting again, Ollie employs a concrete doctor.

Kevin adds: “It’s a last-ditch effort to avoid knocking the wall down and starting again.”

But after briefing Ollie on how he plans to fix the damaged wall, he is not convinced, saying: “I cannot believe that that’s gonna work.”

Grand Designs continues tonight on Channel 4 and All 4 at 9pm. 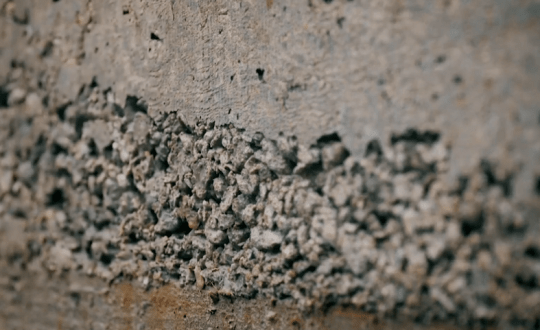