Taylor Swift made the rare move of thanking her boyfriend Joe Alwyn as she accepted her coveted album of the year award at the Grammys last night.

The Cardigan singer made history as she scooped the accolade for her latest record Folklore, becoming the first female artist to win the prestigious album of the year three times.

In her acceptance speech, Taylor gave a shout-out to her leading man and revealed a fun fact about her recording process for the album.

‘Joe, who is the first person that I play every single song that I write. And I had the best time writing songs with you in quarantine,’ Taylor said as she took to the stage during the socially-distanced awards show at LA’s Staples Center.

She continued: ‘I want to thank James, Ines, and Betty, who are the second and third people that I play every new song that I write.

‘But mostly we just want to thank the fans, you guys met us in this imaginary world that we created and we can’t tell you how honored we are forever by this.

‘Thank you so much, and thank you to the Recording Academy, we will never forget that you did this for us.’ 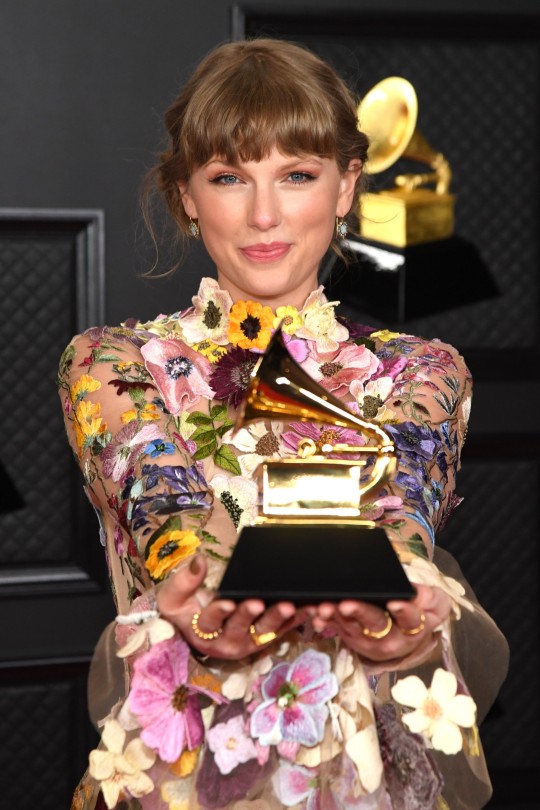 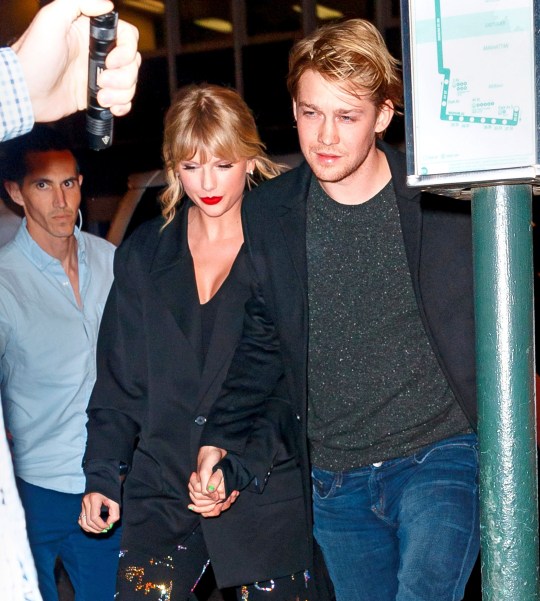 Taylor and Joe have been dating since 2016 (Picture: GC Images)

It was Taylor’s only win of the night out of her six nominations – she previously won the album of the year in 2010 with Fearless and in 2016 with 1989.

Beyonce also made history at this year’s Grammys after becoming the most-awarded woman in Grammys history after taking best R&B performance for the track Black Parade.

Taylor and Joe, who began dating in 2016, typically keep their relationship out of the spotlight so the public shout-out was a rare move.

However, the musician recently opened up about their shared passion for music and said on Apple Music: ‘Joe and I really love sad songs. We’ve always bonded over music..

‘We write the saddest [songs]. We just really love sad songs. What can I say? It was a surprise that we started writing together.

‘But in a way, it wasn’t because we have always bonded over music and had the same musical tastes. He’s always the person who’s showing me songs by artists and then they become my favourite songs.’