Graham Coxon has announced a new graphic novel titled Superstate, which will be accompanied by a soundtrack of original music written and recorded by Coxon.

The Blur guitarist has partnered with Z2 Comics for the venture, with the graphic novel said to offer “an all-new high concept vision of the future”.

Superstate, which was devised by Coxon, is a compendium graphic novel co-written by the musician with Alex Paknadel (GIGA, Friendo, Turncoat) and Helen Mullane (Nicnevin and the Bloody Queen) that also features the work of 15 graphic artists. Coxon illustrated the front cover of Superstate himself.

Each one of Superstate’s 15 stories — billed as a collection of “surreal and sometimes disturbing tales” — will be accompanied by its own individual Coxon instrumental, which the guitarist recorded specifically for the graphic novel.

Speaking about Superstate, Coxon said: “Superstate is a story of escape… In a society where war rages between the forces, negativity and positivity, encouragement and discouragement… The fragile road to freedom burns its way through the far reaches of space…”

Z2 publisher Josh Frankel added: “We at Z2 feel that we are setting the standard for the relationship between comic book storytelling and music, and Graham Coxon’s Superstate is a high watermark for our company’s brief history and bright future. 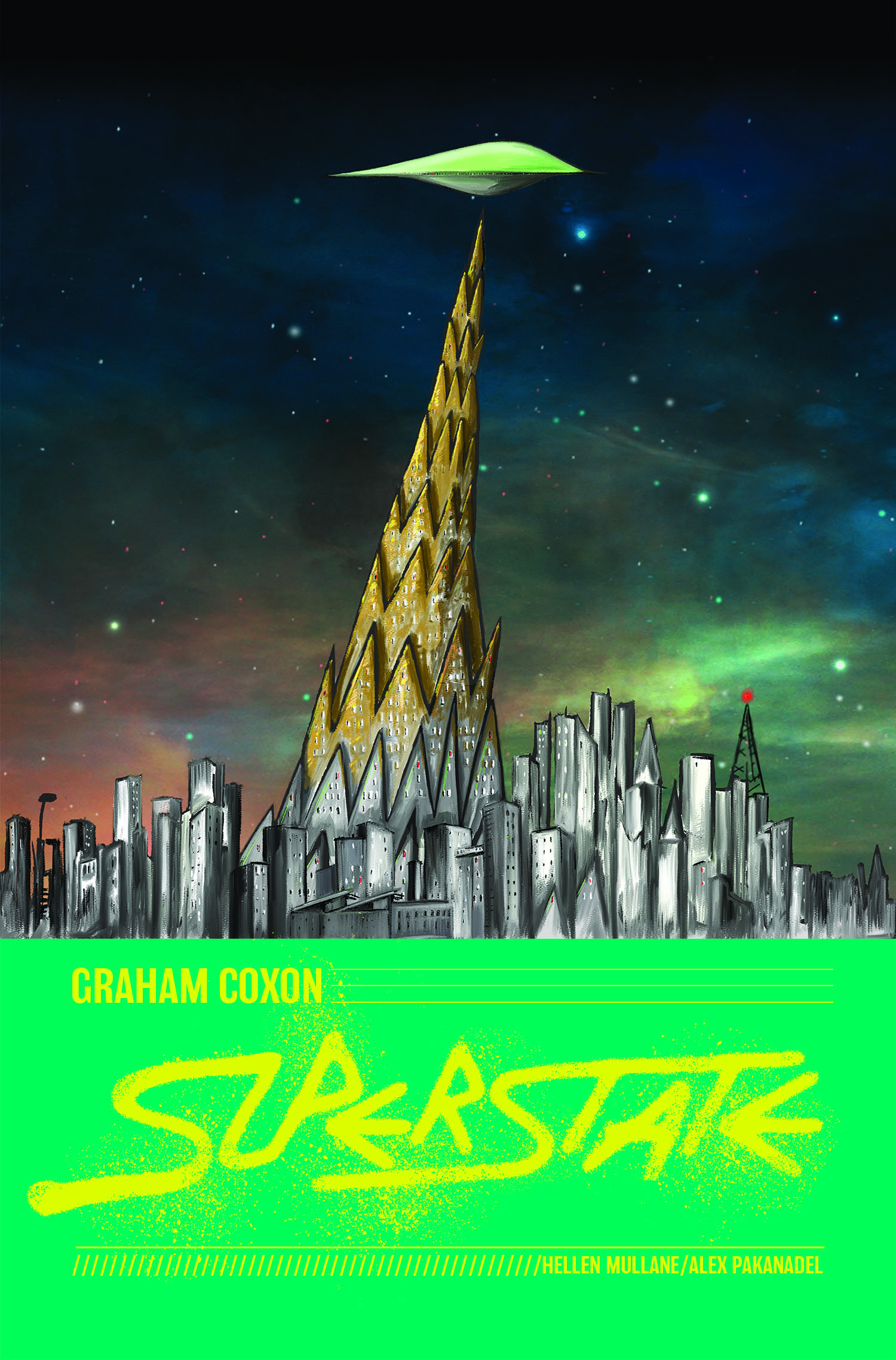 “We wanted to ensure that Graham’s vision was brought to life in the most authentic way possible and have assembled a team that has delivered a book that is essential to the album experience. I am so proud of the way this project has come together.”

Superstate will be released in March 2021, and is available for pre-order now.

Back in July, Coxon guested on the Bastille track ‘What You Gonna Do???’ with contributions on guitar and vocals.