The stars of Gogglebox couldn’t handle what they were witnessing (Picture: Channel 4/Netflix)

The stars of Gogglebox were left clutching their pearls after watching Anthony Bridgerton and Kate Sharma’s steamy sex scene play out in Bridgerton season 2… and their reactions are hilariously relatable.

In the recently-released episodes of the Netflix period drama, Anthony (Jonathan Bailey) met his match in Kate (Simone Ashley) as he attempted to court her younger sister Edwina Sharma (Charithra Chandran), who had been dubbed the social season’s Diamond by the Queen.

Despite reaching the altar for his nuptials to Edwina, Anthony couldn’t hide his desire for Kate, with their tumultuous relationship eventually becoming physical after his botched wedding day.

Their sexual encounter in the garden came after several episodes of heightened anticipation, as viewers desperately hoping for passionate sex scenes were finally granted their wish – with the stars of Gogglebox gasping as they watched the ardent encounter unfold.

On the latest episode of the Channel 4 programme, Jenny Newby and Lee Riley imitated the way Anthony sniffed Kate’s scent before the characters lost themselves in a moment of passion.

As Anthony and Kate started kissing, Sophie Sandiford gasped as her brother Pete Sandiford’s mouth dropped, while Marcus Luther couldn’t hide his shock as he watched the Viscount’s hands wander. 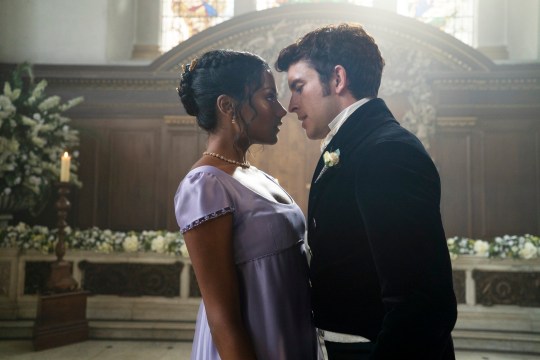 ‘Look! Hand up frock now!’ he exclaimed to his partner Mica Ven, as her eyes remained locked on the screen.

Sophie appeared completely taken aback by what she was seeing, remarking: ‘Oh my god, that is bloody filthy,’ as Pete’s eyes looked as though they were going to pop out of his head. 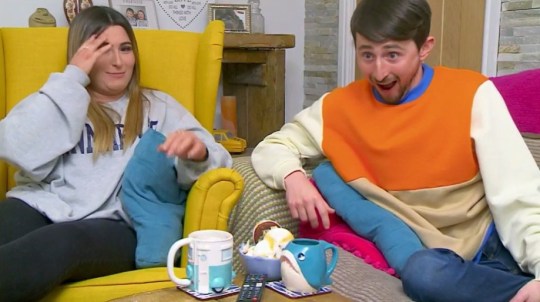 Pete is all of us (Picture: Channel 4) 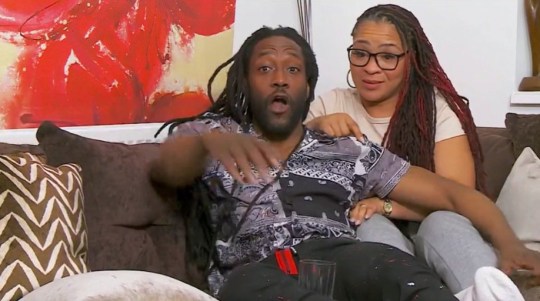 Julie Malone fanned herself as the scene continued to heat up, as Mary Killen killed some of the romance by stating: ‘No, don’t say he’s going to try mating. Not now.’

Stephen Webb and Daniel Lustig were also astonished by the raunchy nature of the moment, bursting into laughter as they compared the love-making to eating dinner at a buffet. 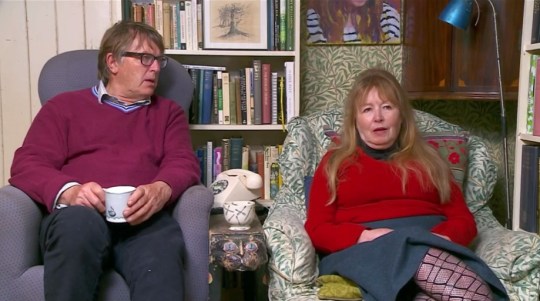 Not sure we needed to know what Giles wants as a birthday gift… (Picture: Channel 4)

Meanwhile, Mary decided to educate her partner Giles Wood on how intimacy coordinators are used nowadays for sex scenes on sets, before telling him about the ‘pubic wigs’ some actors use.

‘Can I have one for my birthday Mary?’ Giles asked. We have a feeling Mary might go in another direction.

Gogglebox returns next Friday at 9pm on Channel 4 and is available to watch on All 4.