GOGGLEBOX fans have been left in hysterics after Jenny’s rude comment on the show.

It came as the cast sat down to watch a clip from I’m A Celebrity, which got into full swing this week.

Gogglebox viewers were in hysterics at Jenny’s commentsCredit: TV Company

Discussing the Bushtucker Trials on the show, Jenny turned to Lee and said: “I don’t know if I’d sooner walk the plank or eat c***.”

Correcting herself as Lee was in hysterics, she added: “I meant pigs, not pigs c***. Oh that sounds awful don’t it?”

Lee was in fits of laughter, as Jenny continued to try and dig herself out of the hole. 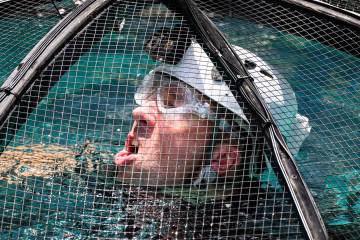 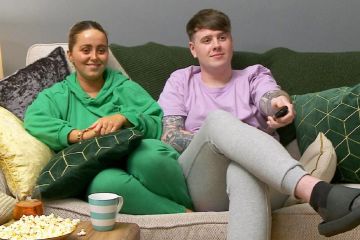 “No I mean, you know like was it pigs or something’s c***?” she continued, as Lee couldn’t control himself.

He said: “Doesn’t matter Jenny, you’ve done both,” to which Jenny replied: “Yeah.”

She quickly added through laughter: “What am I saying yeah for? I haven’t.”

And Lee wasn’t the only one laughing, as fans of the Channel 4 show took to social media in hysterics after the exchange.

One person wrote: “Ohh dear tonight’s Gogglebox is going to be fun.”

Another said: “Jenny and Lee’s reaction has made my week,” while another person commented: “Walk the plank or eat c***?? Decisions decisions lol.”

Others tagged the Gogglebox star and commented laughing emojis.

Lee and Jenny are longtime pals from Hull who joined Gogglebox in 2014 and instantly became fan favourites.

Jenny was scouted for the show at Beverly Ladies Day after meeting a Channel Four researcher, and she made sure Lee was brought in as her partner-in-crime.

The pair watch the show from Jenny’s holiday caravan at Sand le Mere.

The pair have been best friends from over 20 years after meeting at a pub where Jenny used to work.

Lee and Jenny even enjoy holidays together.

Jenny’s husband, Ray, has never appeared on the show and prefers to stay out of the limelight.

Meanwhile Lee has been with his partner Steve Mail for more than 20 years.