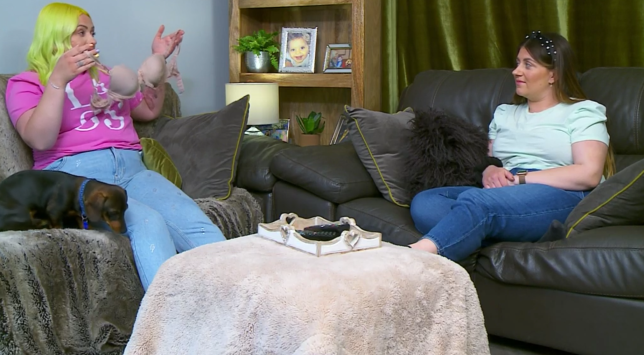 Gogglebox star Ellie Warner ripped her battered bra apart as she revealed her dogs had been playing tug-of-war with it.

The telly addict appeared on tonight’s instalment of the Channel 4 programme alongside sister Izzi, when she moaned about the state of her lingerie.

Swinging around a nude bra, she told her sibling: ‘Izzi, look at the state of these bras that I’ve been wearing.

‘Look at that, that is why it was hanging out of a bin, Izzi, because I’ve got to chuck that. It’s literally split in two, but I have no other bra.

‘Do you know why its split in two? Mick and Madge playing tug of war with it. Look at the state of it.’

As Izzi laughed at the state of her sister’s ‘wrecked’ bra, which has definitely seen better days, Ellie took matters into her own hands and decided to physically rip it apart. 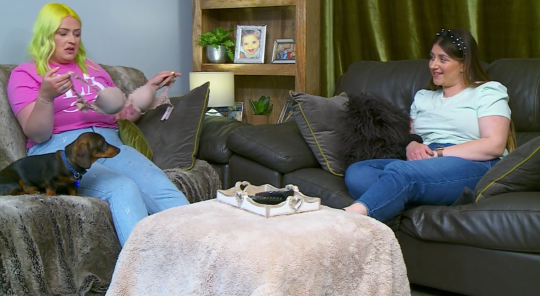 Ellie revealed her dogs had been playing tug-of-war with her lingerie (Picture: Channel 4) 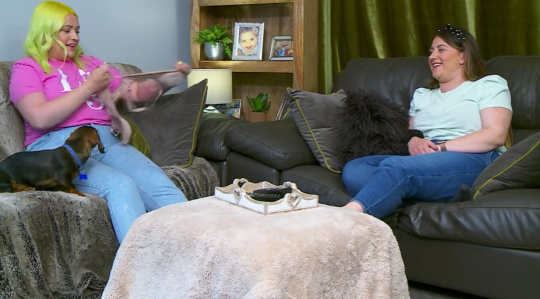 She took matters into her own hands with the bra (Picture: Channel 4)

‘I actually should just do that so I can’t wear it anymore,’ she giggled.

Fans found the whole thing hilarious, flocking to Twitter to discuss the scenes.

‘Like Ellie sometimes I need to rip up old minging clothes so I’ll stop wearing them #Gogglebox,’ one penned.

As a follower laughed: ‘Playing tug of war with the bra!!! #gogglebox.’ 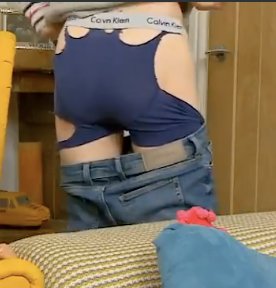 ‘Haha dogs playing tug of war with the bra. @ellieandizzi #Gogglebox,’ another agreed.

However, one viewer was still thinking of the moment Pete Sandiford unveiled his spectacularly ripped boxers last week.

They do have a point…

In last week’s instalment Pete showed off the extensive tears on his blue Calvin Kleins, which were quite literally hanging on by a thread.

Refusing to part with them, he confessed that he was emotionally attached to the dodgy pants.

‘I daren’t part, with them – I’ve had them since I was 15,’ he told sister Sophie Sandiford.

Ignoring her pleas to bin the offending boxers, he insisted: ‘No, another couple of years left in them!’

Gogglebox continues on Fridays, at 9pm, on Channel 4.