Charlotte Hawkins has shared a sweet memory of the time she met Prince Philip when she was 10 years old, leaving her ‘awestruck’ when he tapped her on the shoulder.

The Good Morning Britain host, 45, shared the story along with a photo of her standing in front of the Queen and Prince Philip at a Maundy service, revealing he asked her to move to the side so she didn’t block the Queen in photos.

She explained to co-host Ben Shephard: ‘I met him back when I was 10 years old in 1986. I was picked to hand out a bouquet of flowers to the Queen at the Maundy service.’

Charlotte continued: ‘I am one of those children in there anyway that’s me and my ear is sticking out, which obviously delighted me in all the official photos.

‘And the lovely thing is you look at that photo there and the Duke of Edinburgh actually put his hand on my shoulder to speak to me.’

Revealing what Prince Philip said to her, Charlotte added: ‘I was completely awestruck that he was speaking to me. 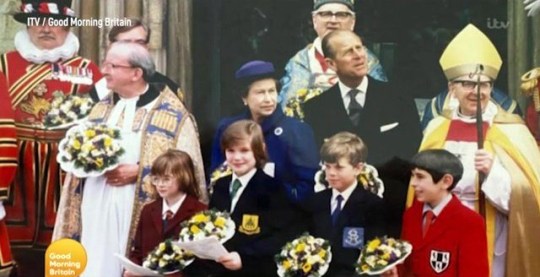 Charlotte, pictured directly in front of the Queen, was ‘awestruck’ at meeting Prince Philip (Picture: ITV)

‘The words he uttered were, “You’re going to need to move to the side because you’re in danger of blocking the Queen in the photos.”

‘I was quite tall for a 10-year-old and obviously the Queen’s not that tall, is she! He moved me out of the way so I wasn’t blocking the Queen but I loved that because it was sort of typical him, wasn’t it?

‘He wasn’t afraid to say it as it was and everybody respected him for that, so it’s lovely.’ 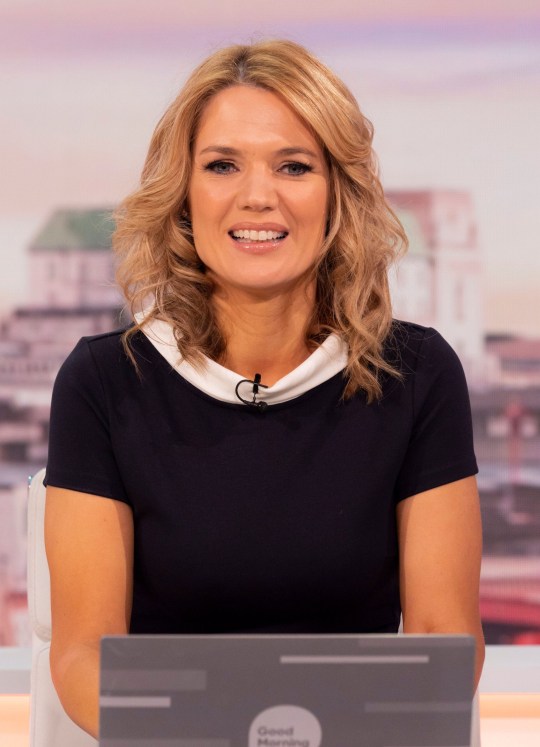 Prince Philip moved Charlotte out of the way so she didn’t block the Queen in photos (Picture: Ken McKay/ITV/REX)

It comes as preparations began for Prince Philip’s funeral on Saturday, which will be restricted to 30 people to comply with social distancing guidelines amid the ongoing pandemic, following his death aged 99.

A spokesperson for Buckingham Palace said on behalf of the Queen: ‘Her Majesty and the Royal Family are grateful for all the messages of condolence from around the world and have been touched to see and hear so many people sharing fond memories of the Duke in celebration of his life.

‘The tributes received from young and old are truly a testament to the remarkable life and lasting endeavours of His Royal Highness.’