Following intense backlash from fans, footballers and the government, the scheme collapsed, with all six teams pulling out.

Appearing on today’s instalment of GMB, Crystal Palace chairman Steve had his say on the drama, and praised those who helped overturn the decision.

‘The fans really fought for the right to lose yesterday,’ he enthused. ‘They said that they don’t want victory without the jeopardy and the risk of losing, that it’s meaningless to them and they don’t want to be part of a gilded elite with no relegation and no promotion.

‘So absolutely the fans, the players, the managers that came out against it, all of them must deserve high praise. 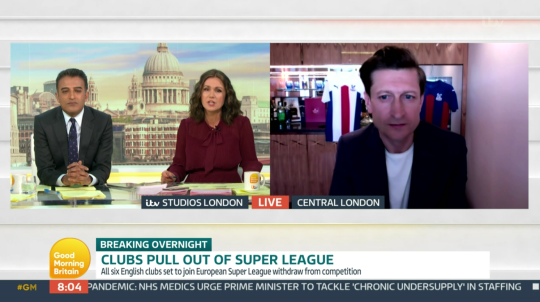 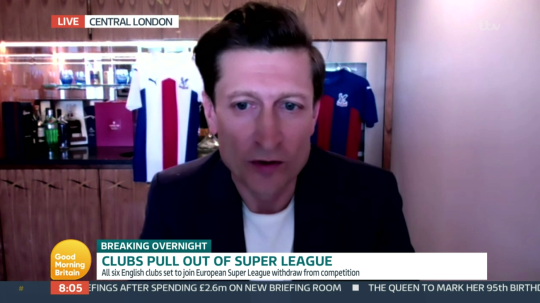 Steve had his say on the Super League drama (Picture: ITV)

‘We have to remember that these things were dreamed up by people, not by football clubs.

‘What we’ve got to do now is try and start a healing process and find a way forward.’

The brief chat was focused solely on the latest football update, but fans watching on from home couldn’t help but mention their previous relationship.

Discussing the scenes on Twitter, one asked: ‘Didn’t Susanna use to date Steve Parish.  #GMB.’ 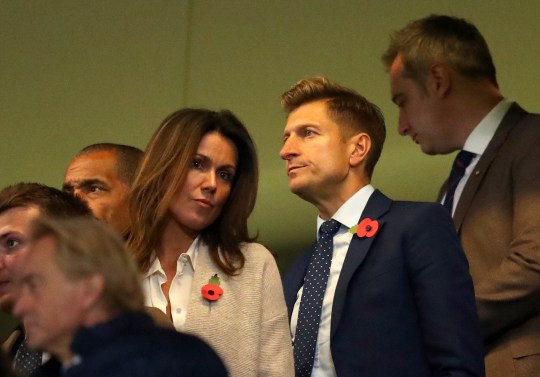 Susanna and Steve were first linked in 2018 (Picture: Getty)

‘Awkward isn’t that Susanna‘s boyfriend or ex-boyfriend #GMB,’ another said.

A follower queried: ‘Are Susanna and Steve Parish still together? Weird interview if so… #gmb.’

The ITV host has always made sure to keep her love life firmly behind closed doors, and only broached the topic of their break-up after former co-star Piers Morgan discussed it on Good Morning Britain.

‘Let’s not dwell. I’m fine, we’re fine, we were at the match on Saturday,’ she said at the time.

The pair have clearly remained close, and were seen looking cosy after a dinner last year.

Brit Awards 2021: Time, how to watch, nominees and who is performing?