Good Morning Britain visitor Mike Parry wasted no time in slating individuals who get pleasure from caravan holidays as he joined Friday’s programme, leaving Alex Beresford no selection however to intervene.

The radio presenter insisted he wasn’t a ‘snob’ a number of instances regardless of saying that staying in a cell dwelling was worse than jail.

‘They’re an eyesore and I don’t suppose they give the impression of being good below any circumstances,’ Mike started. ‘Caravans went out of trend in 1952.’

‘Once we acquired out of the second world battle, my mother and father didn’t have any cash to take us wherever on vacation besides Butlins,’ Mike continued. ‘They took us in a caravan to Anglesey. I’ve by no means had a extra depressing existence in my life.’

With out lacking a beat, he then launched into an impassioned rant towards caravans.

Mike Parry boiled over on the considered holidaying in a caravan (Image: ITV)

‘I don’t perceive how a human being can exist in just a little tin can,’ he raged. ;4 human beings in a tin can, as a result of that’s about what it’s, it’s like hamsters in a sandwich bin. It’s like folks crushing themselves collectively in a state of affairs that you simply wouldn’t even welcome in case you have been in jail. 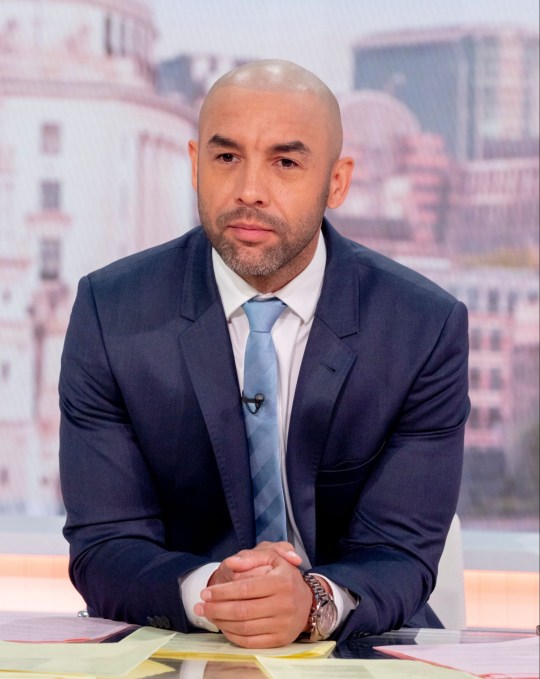 He added that caravaners have this ‘urge’ to look to wish to attempt to persuade all people that they’re having fun with themselves.

At this level, Alex was compelled to interrupt Mike and demanded that he stopped to take a breath.

In the meantime, 80s popstar Sonia Evans stated that occurring a caravan vacation is about bonding and is an efficient choice seeing as travelling overseas is at the moment restricted.

Viewers have been outraged by Mike’s ‘snobbery’ and referred to as him out on social media.

‘Think about being this indignant a couple of caravan,’ wrote one, whereas one other penned: ‘Can I simply say that caravan holidays are wonderful, it makes one of the best household reminiscences ever. Mr grumpy must cheer up and keep at dwelling.’

By no means a boring second on daytime tv, ey?