Gladiators legend Kim ‘Lightning’ Betts questioned whether the iconic battles will be ‘as exciting’ in the upcoming BBC revival.

After reboot rumours started swirling last month, the BBC confirmed that the reboot will include brand new games alongside classic challenges, culminating at the end of each episode with fan favourite The Eliminator.

While former gymnast Kym, 49 is ready to see a fresh face of contenders take on the gladiators, she also fears that the highly-anticipated special won’t be as thrilling as the 90s original.

When asked about the crucial health and safety aspect of the show during Monday’s edition of Good Morning Britain, explained to presenters Charlotte Hawkins and Sean Fletcher that she agreed with the stricter protocols put in place.

‘You’ve got to keep everybody sound and people don’t realise the amount of injuries contestants and gladiators got,’ she said.

‘We were running out of contenders. We thought we would have to go out on the street and grab them.’ 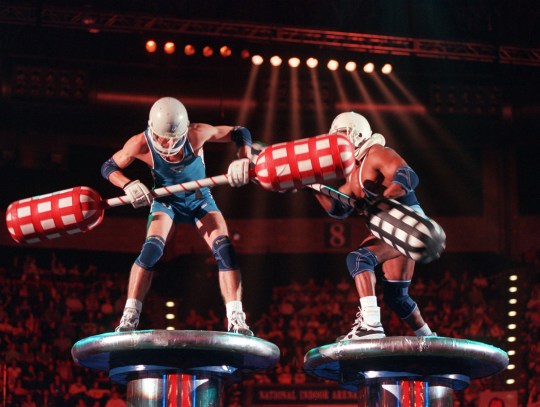 The show was known for its intense games (Picture: ITV)

Kim, who was joined by former Gladiator Mike ‘Saracen’ Lewis, added: ‘I understand the health and safety side of it, but are the games going to be as exciting as they were?

‘The element of risk and that risk of danger is what excited people, I think. It was incredible to perform as well because the adrenaline was really on a high.’

The original series of the beloved intense game show made its debut in 1992 and was broadcast on ITV, lasting for eight seasons until 2000. 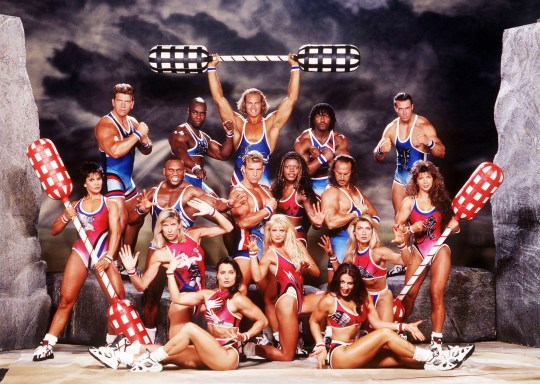 The reboot will see a new batch of superhumans (Picture: ITV)

And now a new generation can look forward to feeling the power of the Gladiators once again as the reboot is set to air in 2023.

The official premiere date is yet to be revealed, but filming is set to take place at the Utilita Arena Sheffield in 2023.

‘Watch out for the new breed of superhuman, supersized, superstars bursting on to your screens on BBC One and iPlayer.’

Good Morning Britain airs weekdays at 6am, and Gladiators returns to BBC One in 2023.