Ready for the next chapter! Gisele Bündchen didn’t waste any time after husband Tom Brady’s Super Bowl LV win last month, questioning him about retirement while they were still celebrating on the field.

Brady, 43, revealed on the Tuesday, March 2, episode of The Late Late Show With James Corden what his wife, 40, said to him after the Tampa Bay Buccaneers beat the Kansas City Chiefs in the 2021 Super Bowl in February. 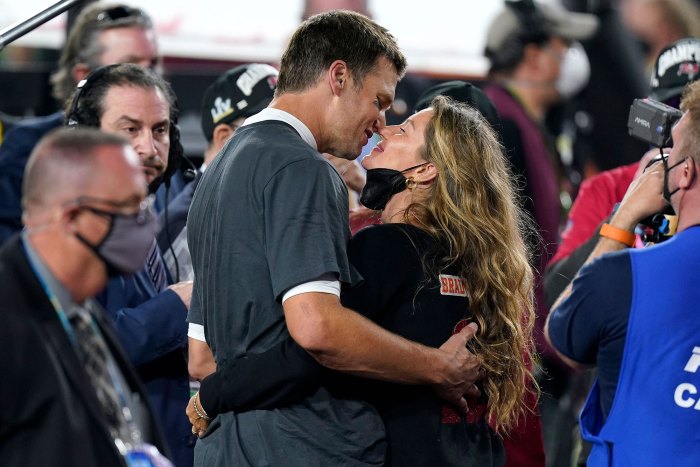 The NFL player, who is the oldest quarterback to ever win a Super Bowl, explained he tried to sidestep the question and just enjoy the moment.

“I just gave her a big hug,” Brady said, laughing off the awkward moment. “I was trying to figure out a way to change the subject really quick.”

While the supermodel might be ready for Brady to hang up his cleats, the quarterback, who played 20 years with the New England Patriots before becoming a Buccaneer in May 2020, has made it clear he’s not ready to stop playing. 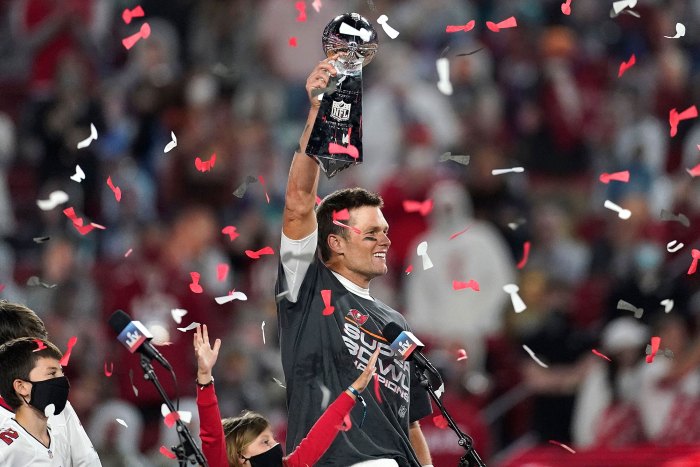 Tom Brady of the Tampa Bay Buccaneers holds up the Vince Lombardi trophy after defeating the Kansas City Chiefs in Super Bowl 55 on February 7, 2021 in Tampa, Florida. Ashley Landis/AP/Shutterstock

“I think I’ll know when it’s time,” he told reporters during a pre-Super Bowl press conference. “I can never go into this game half-ass.” When asked whether he would play past the age of 45, the former Michigan quarterback replied, “Yeah, definitely. It’s a physical sport and the perspective I have on that is — you never know.”

When it does come time to walk away from the sport, Brady — who has won seven Super Bowls, six with the Patriots and one with the Bucs — admitted it won’t be easy.

“It’s been a huge part of my life for a long time, and I love thinking about it. I think football to me is much more than just a sport because there’s the physical element, there’s a mental approach, you know, how you’re going to get the job done, and there’s the emotional part,” he said during the February press conference. “As a quarterback, it’s never about what I do, it’s really about what we do.”

Despite Bündchen’s postgame comment, a source exclusively told Us Weekly last month that she’s “over the moon proud of Tom and his accomplishments thus far.” 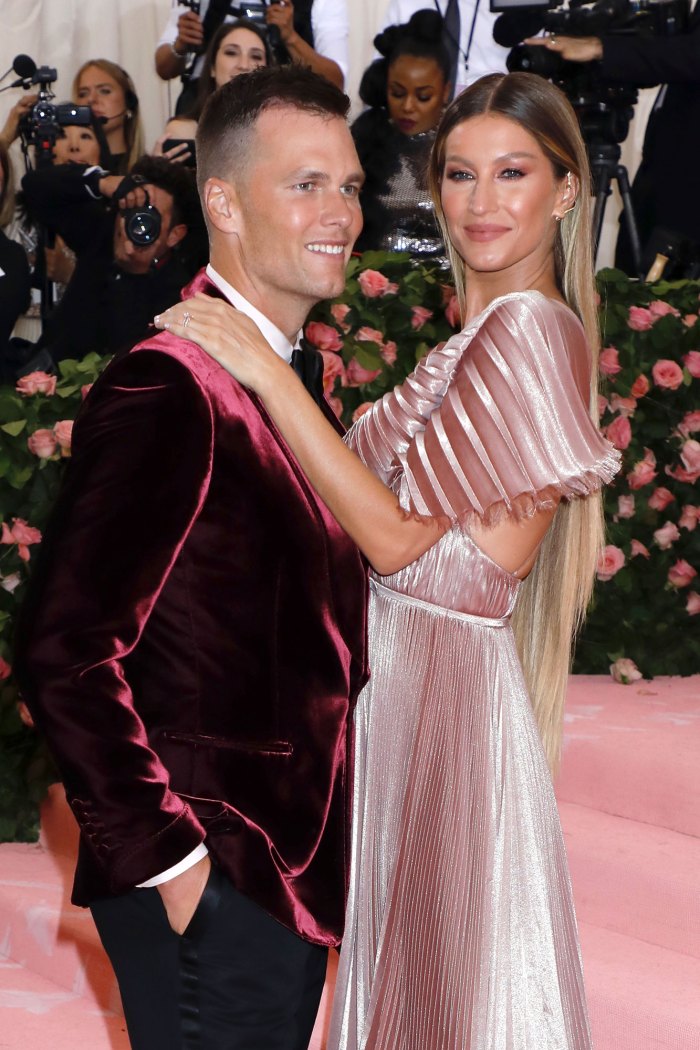 The couple, who tied the knot in Santa Monica, California, in February 2009 and later had a second wedding in Costa Rica in April of that year, celebrated their 12th anniversary on February 26. “They’re both just happy to be spending time together,” a source told Us of the pair’s anniversary plans, adding that they are “more in love than ever.”

The Lessons: My Path to a Meaningful Life author and the athlete share two children, Benjamin, 11, and Vivian, 8. Brady is also father of Jack, 13, whom he shares with ex Bridget Moynahan.