It takes a village! Gisele Bündchen doesn’t have any tension with Tom Brady‘s ex Bridget Moynahan despite their rocky introduction.

The NFL star, 43, split from Moynahan, 49, in December 2006 after three years of dating. Brady had already moved on with the Brazilian model, 40, when Moynahan confirmed in February 2007 that she was pregnant with his child. Their son, Jack, was born six months later.

While the early days of their dynamic were tinged with drama, a source tells Us Weekly exclusively that the two women are now “on really good terms.” The Coyote Ugly star is also making things work with Brady when it comes to raising Jack, 13. 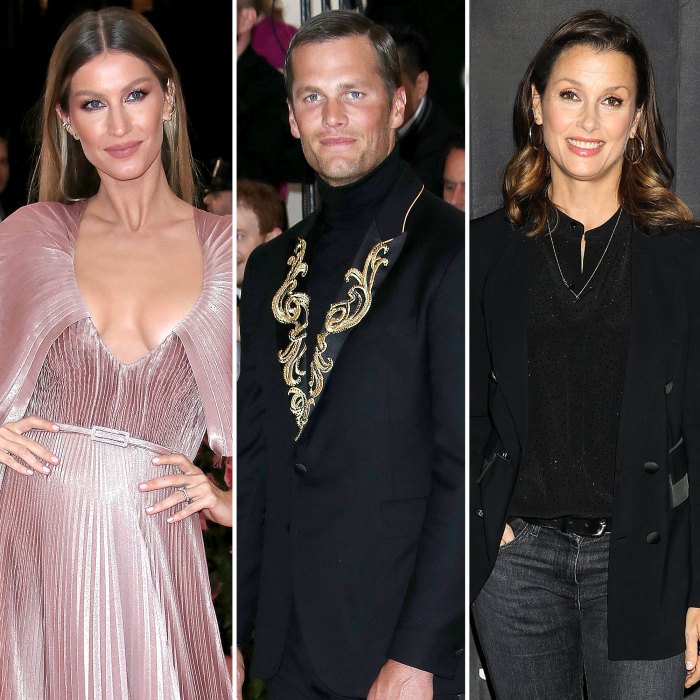 “Nothing has changed as far as Bridget and Tom coparenting. It’s still going well,” the insider adds. “Bridget’s someone who is friendly and easygoing and is known to be cordial with Tom and supportive of his career.”

The former New England Patriots quarterback exchanged vows with Bündchen in February 2009 and later welcomed son Benjamin, 11, and daughter Vivian, 8. Though she has two children of her own, the Devil Wears Prada star feels “lucky” to have Jack in her blended family.

“I don’t like the word stepmom,” Bündchen told fans in an Instagram Q&A in February 2020. “I use the word bonus mom because I feel like it’s a blessing in my life.”

Getting to a good place took effort, however. In her 2018 memoir, Lessons: My Path to a Meaningful Life, Bündchen admitted that Moynahan’s pregnancy “wasn’t an easy time” for her and the Tampa Bay Buccaneers player.

“Two months into our relationship, Tom told me that his ex-girlfriend was pregnant. The very next day, the news was everywhere and I felt my world had been turned upside down,” Bündchen wrote.

While the period came with plenty of challenges, it also “brought about so much growth,” the former Victoria’s Secret Angel added. Brady shared similar sentiments in April 2020.

“I didn’t want to have kids or get married until my late 30s. That was the plan,” the Super Bowl LV champ said on The Howard Stern Show at the time. “It was an interesting time because we found out after that my ex-girlfriend was pregnant with my oldest son. We were forced into this very important thing in our lives at a new part of our relationship. In a lot of ways, I found out a lot about Gisele through this experience, and she found out a lot about me dealing with a situation that was not a very easy one. … It was hard for my wife and for my son’s mom because she didn’t envision that either.”

Gogglebox: Where is Tom Malone on Channel 4 series?