‘People come to the shows, people love the music but they never seem too fussed about me,’ says George Ezra over Zoom from his home in Hertford, talking about how he can go on public transport totally unnoticed.

‘And that suits me. It feels a little bit cake and eat it.’

Hear that humility? Remember when rock stars used to be a**holes? A snarling chaos of ego and bad manners and shocking behaviour? Well, not anymore.

We now have a whole new generation of gents, from Ed Sheeran to Sam Ryder, rock stars with all the creativity and presence but who are so sweet and thoughtful and modest, you could easily take them home to your mother.

George Ezra may have a blues voice way beyond his 29 years and may come up with songs that are catchier than a cold, with lyrics that can make you laugh out loud – ‘bikini bottoms and lager tops’ – and can fill arenas without really trying (even the Queen wanted him at her Jubilee concert), but he is charming and friendly and polite and even looks as if he has ironed his shirt.

And when you say how nice his hair looks, he gets all chuffed and says what a nice way to start the afternoon. I remember commenting on an older rock star’s hair once and was told I was ‘taking the f***** p****’. To be fair, I was a bit. Well, he just made you want to. 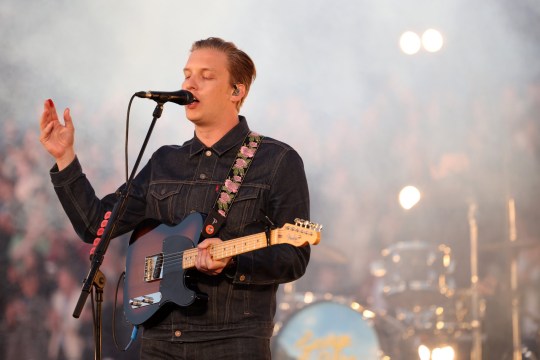 The Budapest singer is a perfect gentleman (Picture: Simon Dael/ITV/REX/Shutterstock)

With a new album, a new tour and that Jubilee performance, George is, as he says, in the middle of it all.

‘I only have two records before this to compare to but it does feel different this time,’ he says of Gold Rush Kid.

‘The previous two records I’d pinned to particular journeys but with this one, it was hard not to reference the pandemic. With these songs, when I hear them back, I really hear myself. Maybe that’s the aim, to hear yourself back.’

But even though the work might be more about himself than previously, George does have the audience very much in mind when he’s coming up with new songs.

‘I’m always thinking of festival audiences singing along when I’m writing,’ he says. 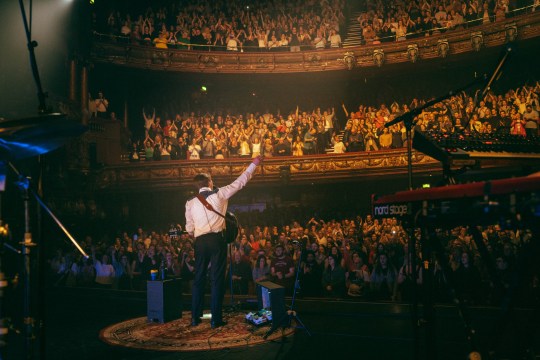 George ‘has the audience in mind’ when he’s writing his catchy songs (Picture: Adam Scarborough) 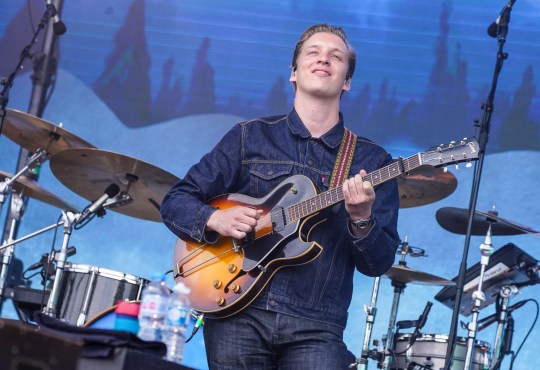 ‘But once you’re past the first four songs, it doesn’t feel like that kind of album at all. It’s funny that on the first album we wrote about 50 songs and picked the best, on the second, we recorded probably 25 songs and on this one, it’s more or less the 12 songs on the record.’

And having only played three shows since 2019, as much as he likes being at home, he’s gagging to get back out there – to festivals and his new tour, especially as the show is a bit of a step up.

‘We haven’t got dancers yet,’ he laughs, ‘but there are eight of us on stage, there’s brass, a lot of group vocals. I really love our gigs. They’re the best they could be. The word I would use is “fun”. It’s not the coolest word but when I’m there, I think that’s what this is, it’s fun.’

With 30 approaching fast, you wonder if this is where it might all start to go wrong. ‘No, I don’t think so,’ he says, in that measured way he has.

‘I don’t really think I have that in me. With the first record, you have nothing to compare it to. With the second, there was stress but that was self-inflicted. I felt quite tightly wound during that record and I don’t feel that way now. They just aired my Live Lounge, and things like that used to stress me out but now, it is a cool thing.’

Even the Jubilee performance, in front of millions, is no sweat. ‘You realise you are just a small part in a very big day,’ he says.

This new calm, especially for someone who was diagnosed with Pure O, an anxiety disorder, is something he appreciates.

‘Of an evening, I sit down and play the guitar and it doesn’t feel connected to being a musician,’ he says. ‘It feels like a hobby still and that’s a really beautiful thing.

‘This is the best I can do at this point. Maybe at some point in the future I’ll look back on this record and think, “I wish I could change this or that”. When I hear Budapest, I always wish I could re-record the vocals because since then I’ve learned to… sing better?’

He says it modestly, like he doesn’t even want to give himself that much credit.

He still keeps up with his old mates, even to the extent of doing a podcast with his friend Olly to make sure they get to speak regularly, or taking a couple of other friends on a three-month walk from Land’s End to John O’Groats – 1,200 miles, very sore feet – to make a documentary, just to hang out. It was something he describes as ‘without a doubt, the best experience of my life’.

It may all sound very un-rock’n’roll but realising that talent doesn’t necessarily mean tortured – or rude! – seems like real progress.

Gold Rush Kid is out now. George plays The LCR, Norwich, on Monday, and touring, georgeezra.com.