Anne insists she loves her wife – but has cheated on her with Mariana (Picture: BBC)

Gentleman Jack fans saw sparks fly between Anne Lister and Mariana Lawton, as they briefly rekindled their romance in a slightly predictable betrayal.

In recent weeks Anne Lister (Suranne Jones) and wife Ann Walker (Sophie Rundle) have been trying to set up home together at Shibden Hall, after committing to each other a few months prior.

However, Lister found herself at a crossroads in episode three when former flame Mariana (Lydia Leonard) begged her to pay a visit over at Lawton.

In episode four, we saw things pick back up where they left off last time around, with the past lovers trying to work out exactly how and when things went wrong.

Despite Lister being certain she would not betray her partner, things took a different turn towards the end of the instalment as she slept with Mariana at her home.

In another slight change of heart, we finally saw Lister admit she ‘loves’ her wife, after secretly struggling to return her feelings thus far.

But will the businesswoman reveal her betrayal to her wife while managing to keep their relationship under wraps?

Lister seems to confirm her commitment to her wife

She vows not to betray Ann Walker (Picture BBC)

‘How did we end up like this? How could we let it happen, did any two people ever love each other more than you? My life is over, I can’t stand it, it is impossible,’ Mariana told her – after her ex revealed a wedding ring.

‘Mary, we will always be fun, a heart that’s truly loved never forgets… have faith, have hope, I believe your happiest days are yet to come,’ Lister replied.

However, when Mariana propositions her, she refuses: ‘I won’t do that to Agne, she deserves better, she trusts me, that’s why she let me come here… I took an oath and I shan’t break it.’

But this didn’t last for long. 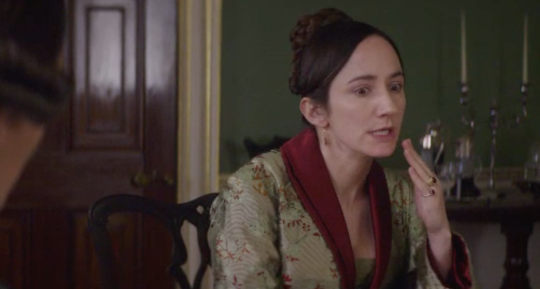 Something lurking in the background throughout season two has been clear health issues being suffered by Mariana.

She’s alluded to problems in her letters, and viewers saw the character struggle immensely at her home right from the off.

After being probed by her guest over what’s wrong, she replied: ‘That it’s some inner-ear thing, or that I’m not eating properly, which I’m not, again, not for months. It’s just when one’s low, it’s always hard to resist that niggling anxiety it could be something worse.’

While it was not addressed further, could she secretly be suffering from a serious illness we don’t yet know about? 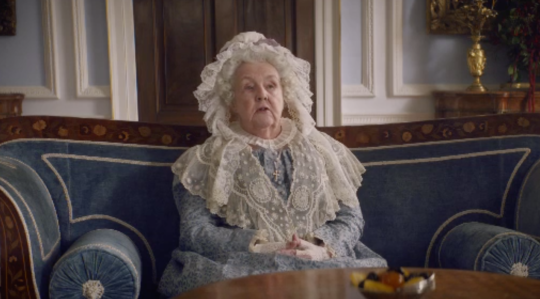 Will Ann and her aunt (above) manage to reconnect? (Picture: BBC)

We saw Elderly Ms Walker (Stephanie Cole) face a difficult exchange with Marian (Gemma Whelan) back in episode two, and things remained frosty this time around.

However, when Marian reveals she is set to pay her another visit to her family, tensions are clearly still on Ann Walker’s mind, with the Lister sister sharing: ‘You don’t have to come Ms Walker, I know it’s awkward, I just didn’t want you to think you hadn’t been asked.’

While their meeting goes slightly better this time around, there’s clearly much work still to do, in order for Walker to trust her family’s intentions once more. 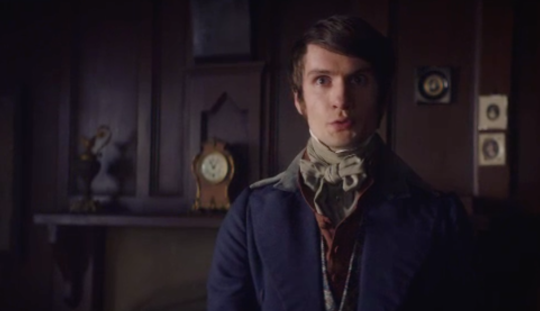 While alone at Shibden, Walker is greeted by a visitor, Mr James Ingham (Tom Morley), whose name came up in a previous episode – as her potential husband.

The pair reminisce about older days before he reveals his intentions: ‘People keep telling me I ought to get married, your name was mentioned.’

After Walker probes him on where her name has come from (Mr Priesrtly, who else) she gives him a sweet, yet honest rejection: ‘It would be a no, I’m afraid, i’m really very happy where I am, what else did my cousin say?

‘That you didn’t quite know what you’d got yourself into here,’ he admitted, with Walker defiantly responding: ‘I’m really very happy here, my cousin needs to understand that.’

But will her family ever get the message? We’re not so sure.

Lister finally professes her love to her wife – but what about her betrayal? 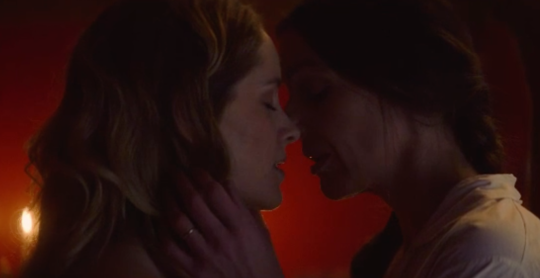 What will happen next for the couple? (Picture: BBC)

We could all see it coming, but Lister gave in to her desires for Mariana after resisting the urge for so long.

But after their passionate reunion, Lister admits this cannot happen again and rejects the chance of rekindling their romance.

‘I show Agne all my letters, so be careful what you put,’ with Mariana warning: ‘I’m not the other woman, she is.’

Upon her return to Shibden, however, it seems clear the trip has been quite the revelation, as Lister finally says ‘I love you’ to her wife – but will she come clean about her infidelity?

Gentleman Jack airs Sundays from 9pm on BBC One.