The 46-year-old ex sportsman was visibly fuming when the former Conservative MP suggested that those struggling financially should “get jobs at kitchen porters”. 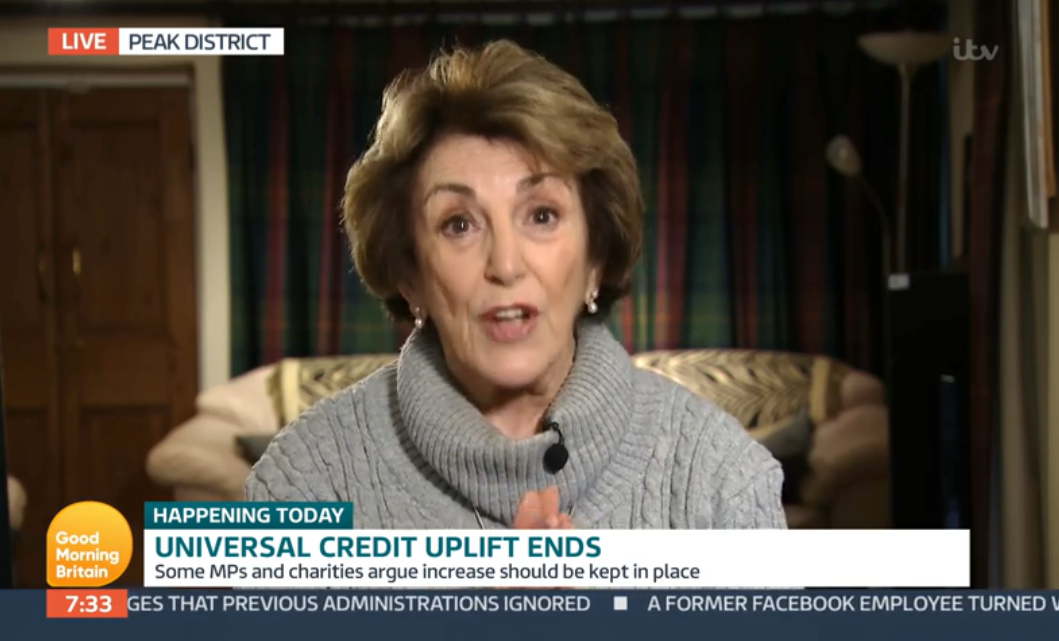 He clashed with Edwina Currie

Universal Credit was boosted by an extra £20 a week during the pandemic, but the boost has been cut today – taking a crucial £1,040 a year from low-income Brits.

Gary made the case that if the cut has to happen it should be in March/ spring time when energy bills are lower, and people have time to re-train for new careers.

He added it would be the “sensible” approach, and ending the boost now is “brutal”, he went on: “I work on the theory that people at home aren’t sitting there lazy, they really want a good job, good pay, and they want their mental health to be sorted.”

Gary concluded: “Let’s not make a cliff-edge in family’s lives.”

But Edwina was not on board, instead arguing: “Christmas is coming. There are thousands and thousands of jobs associated with Christmas, in hospitality there are loads and loads of entry-level jobs.”

She insisted that people need to “help themselves”, adding: “There’s nothing better than knowing you earned the money to put the food on the table.”

Gary found Edwina’s suggestion ludicrous, slamming: “Edwina, you can’t be a chef in 10 minutes. It’s a scandal, honestly-“, the ex MP interrupted: “You can make a porter in 10 minutes.”

He went on to slam Prime Minister Boris Johnson, and as host Alastair Campbell rounded up the interview, Gary clearly couldn’t wait for it to end.

Demanding Edwina came to his hotel to work in the kitchen, he waved as he told the hosts: “Get her in my hotel this afternoon” before walking off-camera.

The Universal Credit boost of £20 a week started in April 2020 and was designed to help people through the pandemic, which drastically hit people’s finances.

The boost to benefits was extended in March 2021, just before it was originally due to end, but it has ended today.