Garth Brooks said he hopes fans have forgiven him after he was forced to cancel five concerts seven years ago in Dublin, describing it as like ‘a death in the family’.

The country music star returned to Dublin on Monday ahead of his concerts next September in Croke Park.

It was confirmed last week that tickets to see the country star will go on sale on Thursday.

Aiken Promotions said the shows will be the only European dates he plays next year. They will take place on September 9 and 10.

The Friends In Low Places singer was forced to cancel five concerts in 2014 following a licensing dispute with local authorities.

Dublin City Council said at the time that it would only grant licences for three of the concerts, however the singer refused to perform unless all five went ahead.

Garth Brooks on the roof of Croke Park in Dublin on Monday to promote next year’s shows (Picture: PA)

Speaking in Croke Park on Monday, Mr Brooks said people will now have a chance to see him perform.

‘If there is a blessing in what happened in that curse in 2014, it’s the fact that there is a chance that this artist and those people, who are sweet enough to get tickets, now have a chance to see each other again.

‘This has been a rollercoaster ride for me.’

The star has 17 gigs to perform over the next ten months and will end his tour in Dublin, which he describes as ‘the greatest place to play’. 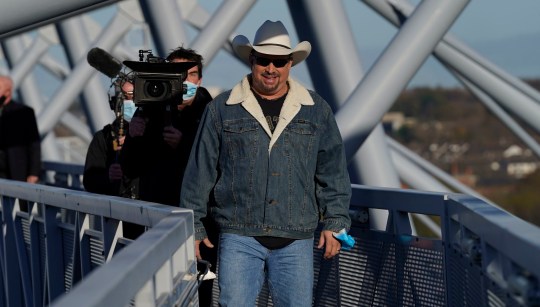 Brooks’ original shows were set to happen in 2014 (Picture: PA)

He said that while he would love to perform five gigs in the Drumcondra stadium, he ‘can’t see it’.

‘What happened in 2014 was a frickin’ miracle. Who does numbers like that? We got 400,00 hard tickets in one city and it’s impossible, there’s no way we are going to do that number again. There is just no way,’ he said.

‘What I wanted was the chance for all five shows to be there, for the five bunches of people that got them, it is very sweet we have been granted that and will give back the shows but I can’t see us doing five.

‘Would I like it? Yes. Would love it. Is it gonna happen? I think it would be impossible.’

Asked if he understood how his Irish fans reacted to the news that the gigs were cancelled, he said: ‘I probably understood as much as I could. But at the same time, you probably couldn’t understand it was like a death in the family to us.

‘My thing is I try not to get emotional because it is still very fresh for me, it was something I never experienced.’ 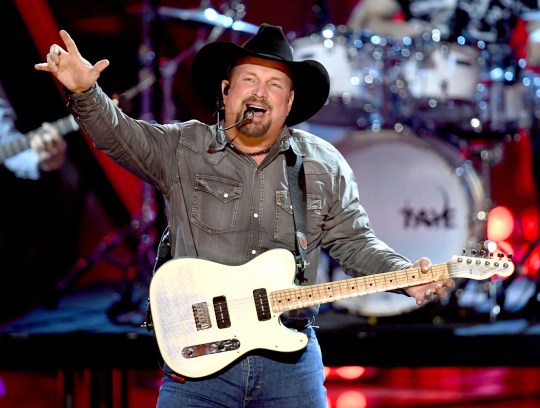 He added: ‘It was one of those things that was a little hard to understand.’

‘I’m not sure what it was over here, if it was half as bad as it was over at home, then it must have been pretty bad. I don’t know how personal it was, you guys always treated me like I was from here.

‘If it was personal for you then you kind of know how we all felt. We all went through it together.

‘I’ve been around the world, there is no place like this.

‘In Ireland it’s the people that makes it the place you want to be.’

He said the opportunity to play to his Irish fans has made him ‘very happy’.

‘The chance to come back and to play for those people, that’s a wonderful thing, that all is forgiven,’ he added.

‘I don’t hold a grudge against anybody. I felt lucky for the opportunity, the opportunity was swept away. I thought it was gone but then I got a call.

‘If anything is to be forgiven, it’s from those people who had those tickets and if they will forgive me for whatever part I played in it and come and see us, that would be very sweet.’

Tickets for Garth Brooks’ two nights in Croke Park will be released on Ticketmaster at 8am on Thursday, November 25.