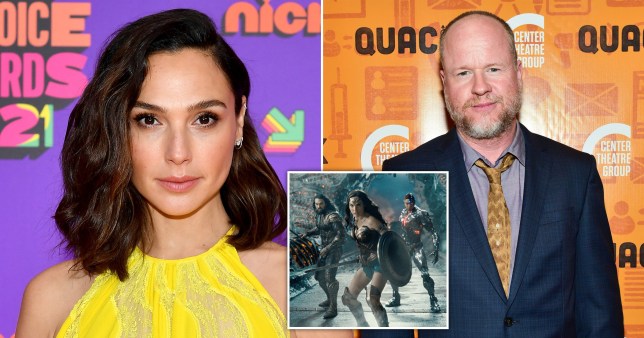 It was previously alleged in April that Whedon and Gadot clashed over the depiction of her character Wonder Woman in his version of DC Comics blockbuster Justice League.

In a new interview with Israeli news channel N12, Gadot addressed the claims and backed them up.

According to the outlet’s translation, the reporter asked: ‘A story came out saying one of the Justice League creators did not approve of you trying to make changes to your character. According to the story, he even said you should just be pretty and say your lines. You weren’t going to let him get away with it.’

Gadot is said to have replied: ‘No, what I had with Joss basically is that he kind of threatened my career and said if I did something, he would make my career miserable.

‘I handled it on the spot.’

Last month, The Hollywood Reporter claimed that sources alleged Whedon ‘pushed’ Gadot to record lines she wasn’t keen on, after raising concern about Wonder Woman being ‘too aggressive’ compared to her standalone films.

A ‘witness on the production’ said that the Buffy creator ‘threatened to harm Gadot’s career and disparaged Wonder Woman director Patty Jenkins’.

The insider reportedly said: ‘Joss was bragging that he’s had it out with Gal. He told her he’s the writer and she’s going to shut up and say the lines and he can make her look incredibly stupid in this movie.’

Gadot and Jenkins reportedly ‘went to battle’ and had a meeting with then-Warners chairman Kevin Tsujihara.

In a statement to the publication, Gadot said at the time: ‘I had my issues with [Whedon] and Warner Bros. handled it in a timely manner.’

Metro.co.uk has reached out to Gadot and Whedon’s reps for further comment.