New couple alert? G-Eazy and Josie Canseco sparked dating rumors after they were spotted cozying up at a party in Hollywood Hills on Saturday, February 27, weeks after his split from Ashley Benson.

E! News reported that they were together all night, with the model, 24, wrapping her leg over the musician, 31, as they snuggled on a couch. They also were spotted whispering into each other’s ears and went off alone several times. But Canseco’s rep insisted on Monday, March 1, that the relationship is strictly platonic.

“For the record, there’s no relationship romantically between the two of them,” the rep told The New York Post’s Page Six on Monday. “They’re old friends. That’s how she wants to maintain it.” 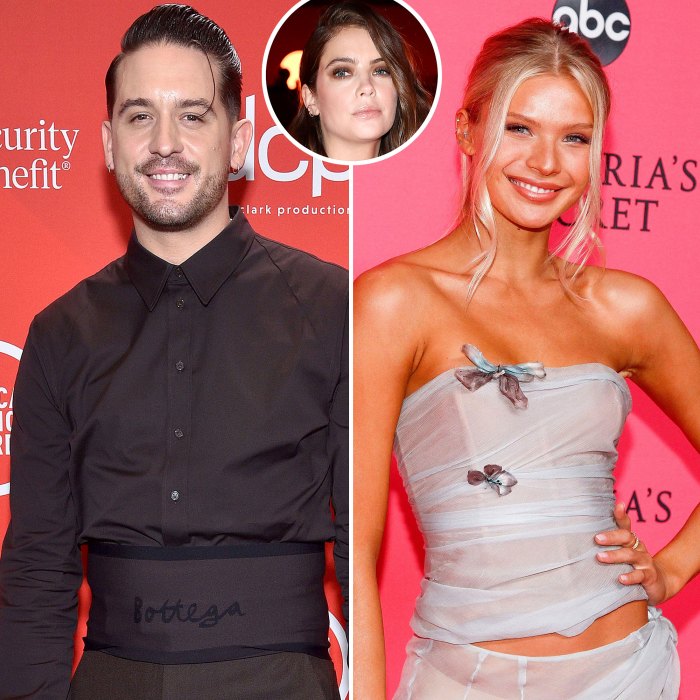 The former Playboy playmate previously dated Brody Jenner and was most recently linked to Logan Paul. Canseco is the daughter of six-time All-Star MLB player Jose Canseco, and originally became Instagram famous in 2015 after photographer Bryant Eslava took a viral photo of her partying at Coachella. According to her rep, Josie is “newly single” and “just enjoying life.”

The rapper, on the other hand, made headlines last month after his breakup with Benson, 31. Following the split, a source told Us Weekly exclusively that the relationship had not ended well.

“Ashley and G-Eazy fell hard for each other fast. Everything moved very quickly, and they were obsessed with each other. Recently things took a hard turn for the worse,” the insider told Us of the couple, who got together in May 2020.

Before her relationship with the rapper, the Pretty Little Liars alum dated Cara Delevingne for nearly two years. She and G-Eazy originally bonded over their similar interests in music but ended up “arguing all the time” by the end of their relationship. According to the insider, “Ashley is the one who ended things.”

The People’s Choice Awards winner, whose real name is Gerald Earl Gillum, also made headlines in summer 2017 for his relationship with singer Halsey. The pair split in October 2018 in what the singer, 26, referred to as a “heinous breakup.”