I’M A Celebrity has been gracing our screens for nearly 20 years.

The ITV reality show returns for the 2020 series, but let’s take a trip down memory lane of past winners. 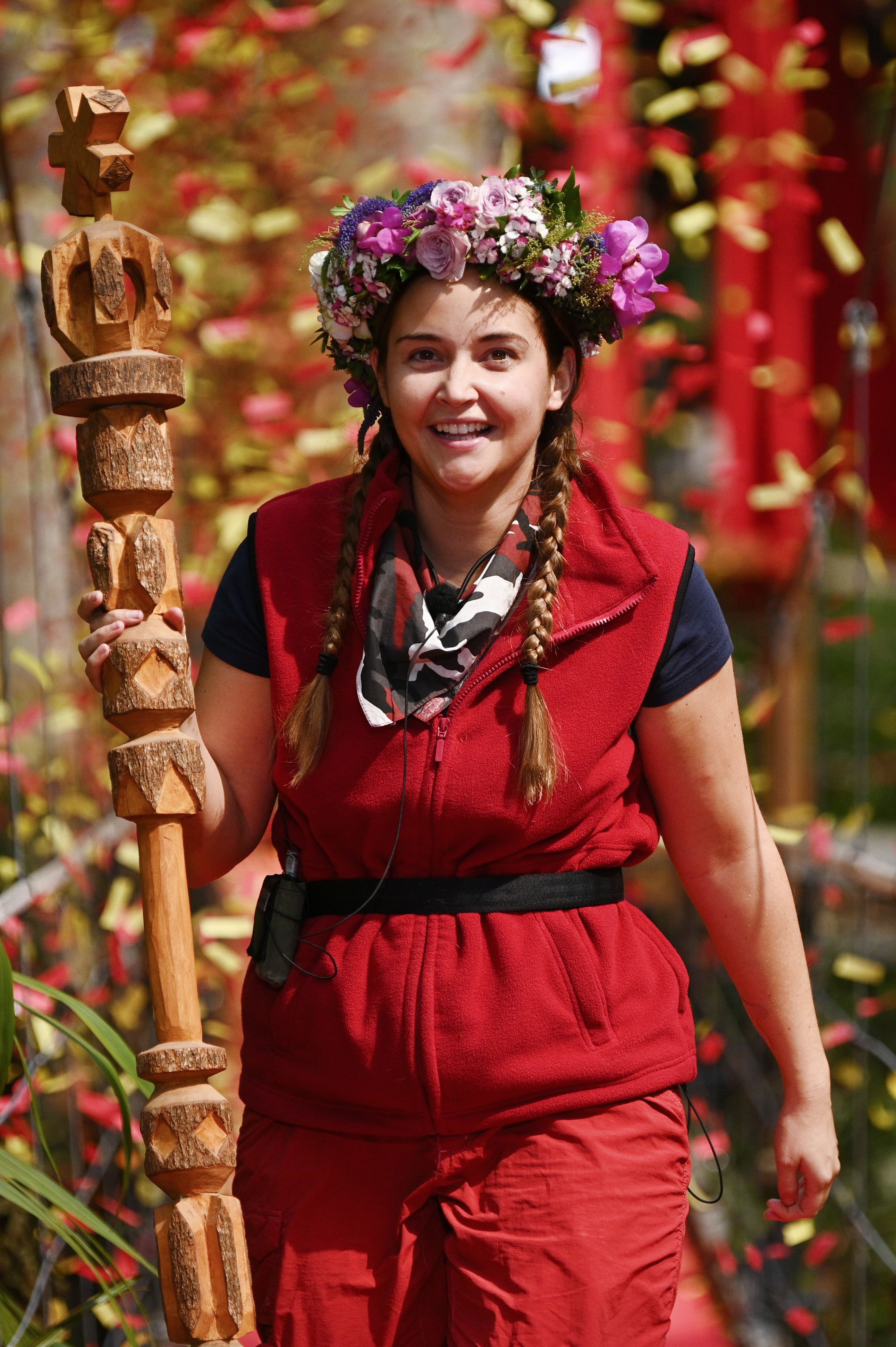 Jacqueline Jossa is the current reigning champ of I’m A CelebrityCredit: Rex Features

Who are the past I’m A Celebrity winners?

Jacqueline Jossa is the current reigning champ after being crowned Queen of the Jungle in 2019.

Speaking about winning the show she said “I can’t believe I’ve done all that stuff.”

In an emotional moment, she said that she felt the show had been a “turning point” in her life. 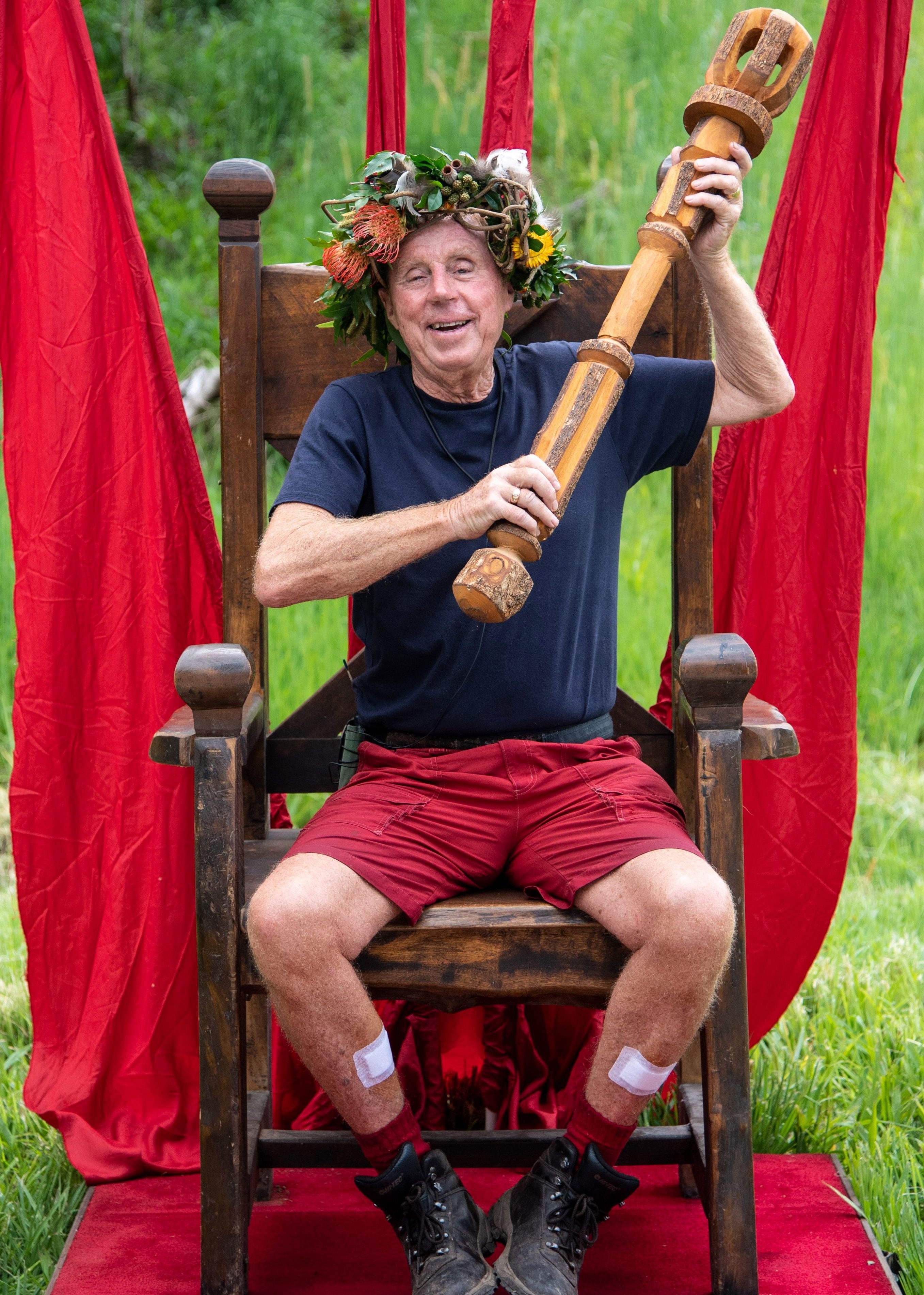 Harry Redknapp was voted King of the Jungle I’m A Celebrity 2018.

He was crowned champion after beating Emily Atack and John Barrowman.

Speaking after his win, Harry said: “I’m amazed. I’m amazed I survived three weeks to be honest with you.

“No sport and it was only Nick really who knew a little bit about football. I thought it’s going to be a hard couple of weeks but they just dragged me through it,

every one of them.

“They’re the most lovely people I’ve ever met, the whole group. There wasn’t one person I could ever say one single bad word about. They were amazing.” 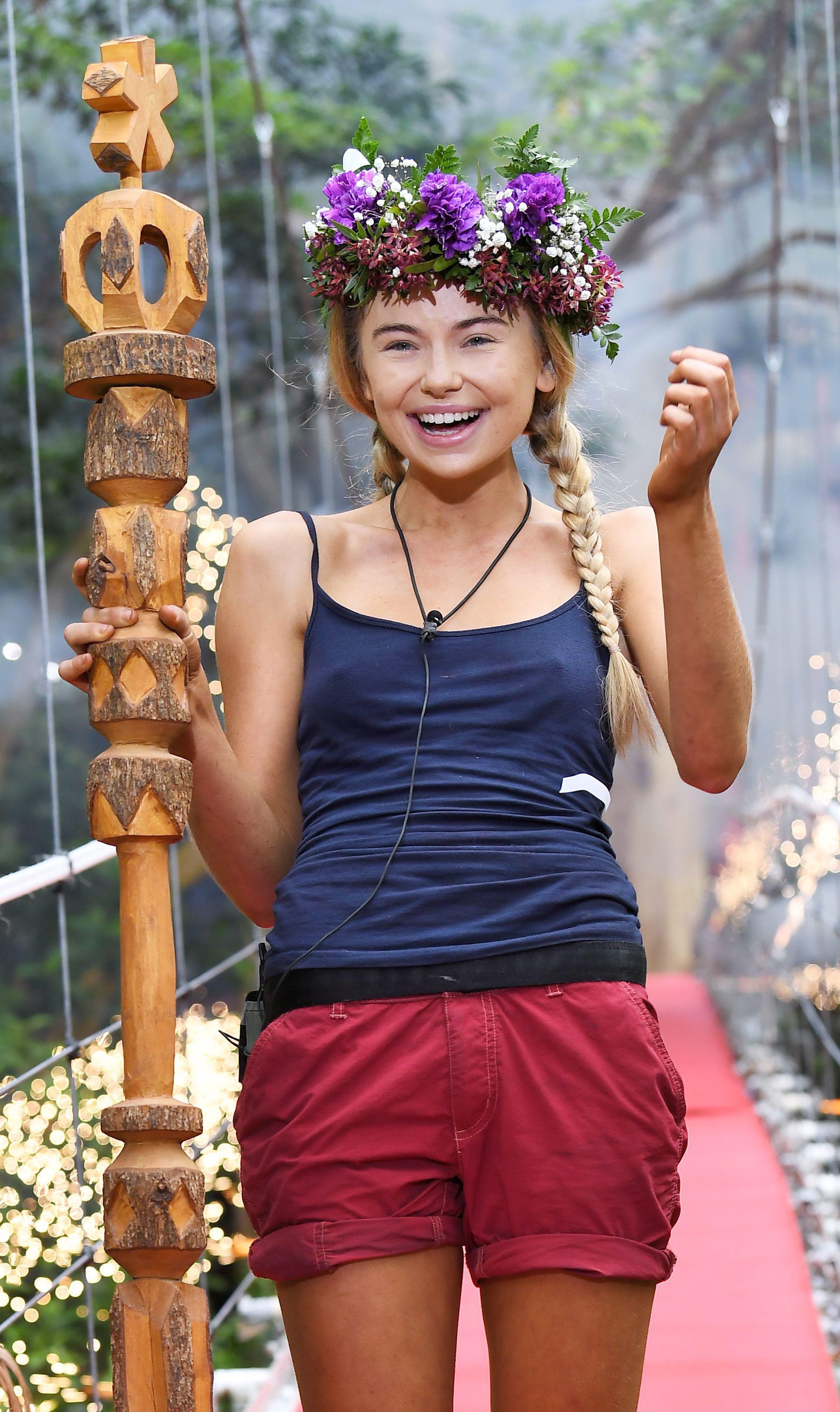 Georgia Toffolo has been crowned the winner of I’m A Celebrity 2017Credit: Rex Features

Georgia Toffolo emerged as a viewer favourite, despite entering as a relatively unknown celebrity.

The former Made In Chelsea star won viewers over with her sunny personality and friendship with fellow campmate Stanley Johnson.

She told Ant and Dec: “I don’t know what to say. Obviously, I didn’t think anyone would like me, never mind… sorry, I’m really taken aback.

“Thank you so much, I don’t know what to say, I’m really shocked! Sorry!  Is this real?” 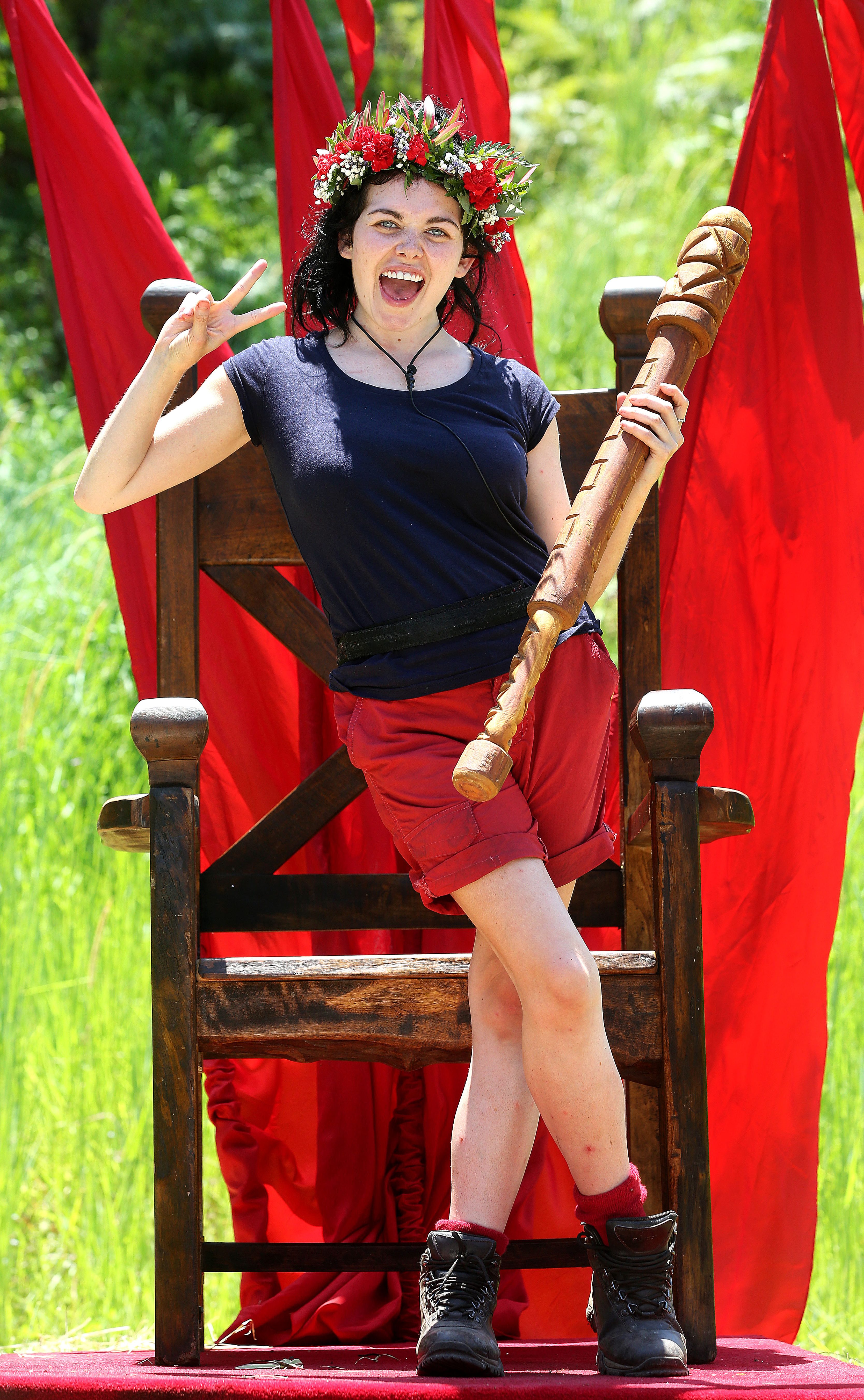 Gogglebox star Scarlett Moffatt went from watching the telly to achieving her dream of being on it when she agreed to sign up for I’m a Celebrity.

The star’s simple nature endeared audiences and campmates alike, and by the end of the series it was clear she was favourite to win.

She beat out comedian Joel Dommett and Emmerdale star Adam Thomas to the top spot.

Her memorable moments included her going head-to-head with an ostrich called George, taking part in the cyclone  and gagging uncontrollably as she took part in the infamous eating task with Carol Vorderman.

Speaking on her win, she said: “It was a a massive learning curve. I feel like I need to have more confidence in myself. I feel like a much more confident person walking out of here. I didn’t expect to have any clichés in here.” 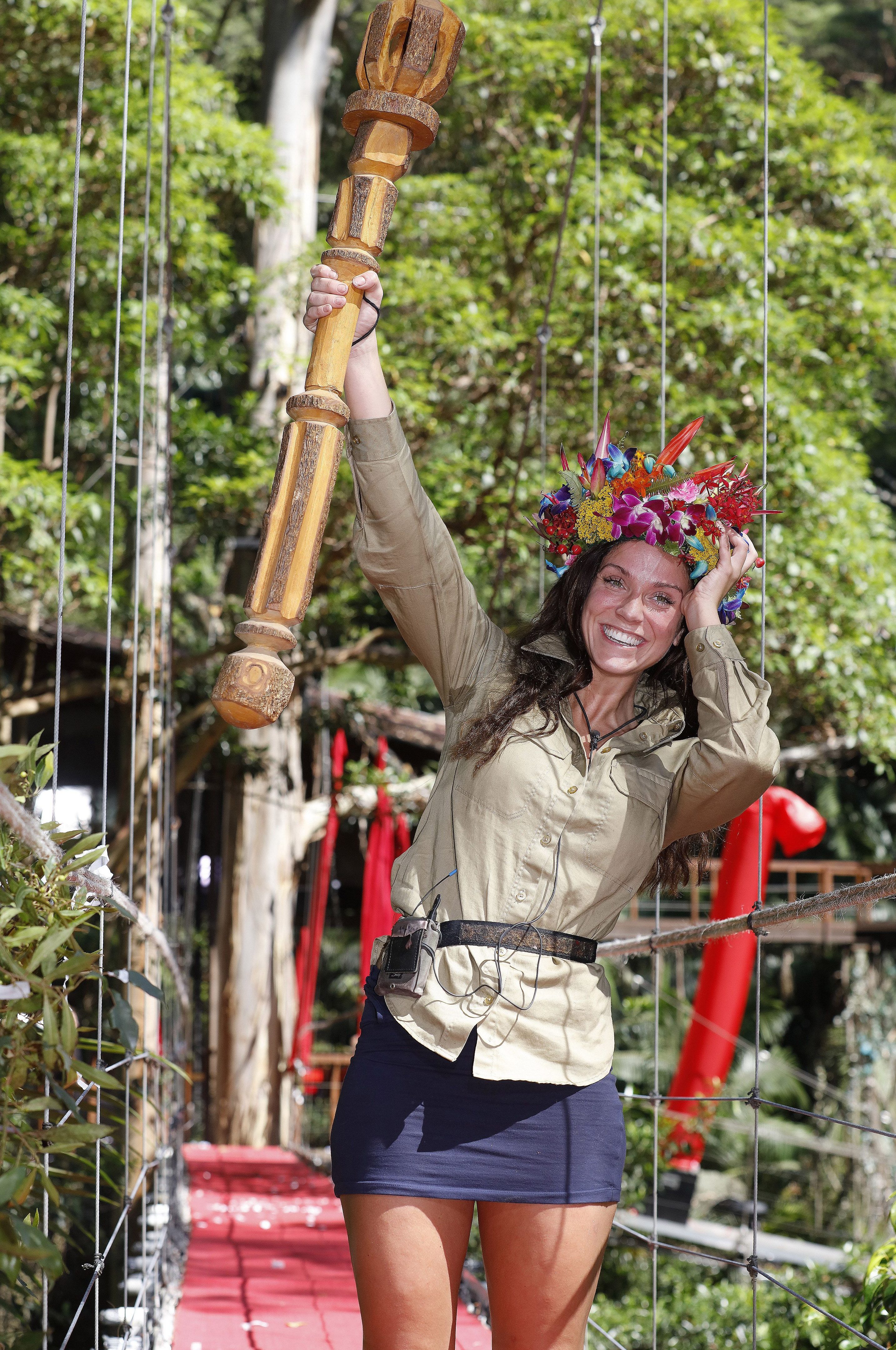 During her time on the show, Vicky Pattison proved that she was more than willing to take on any task chucked her way, and took on water cannons, climbing walls, underwater runways and mountains of critters for her team.

She also spoke candidly about her time as a member of Geordie Shore, and admitted that she wanted to make her mum proud.

On winning the trophy after beating out Union J’s George Shelley and Towie star Ferne McCann, she hysterically hugged everyone near her – before breaking down in tears.

She cried: “I don’t even think I deserve it. Thank you so much and I love yous all – and I’m probably going to have to pay for me mam and all me mates phone bills when this is over!” 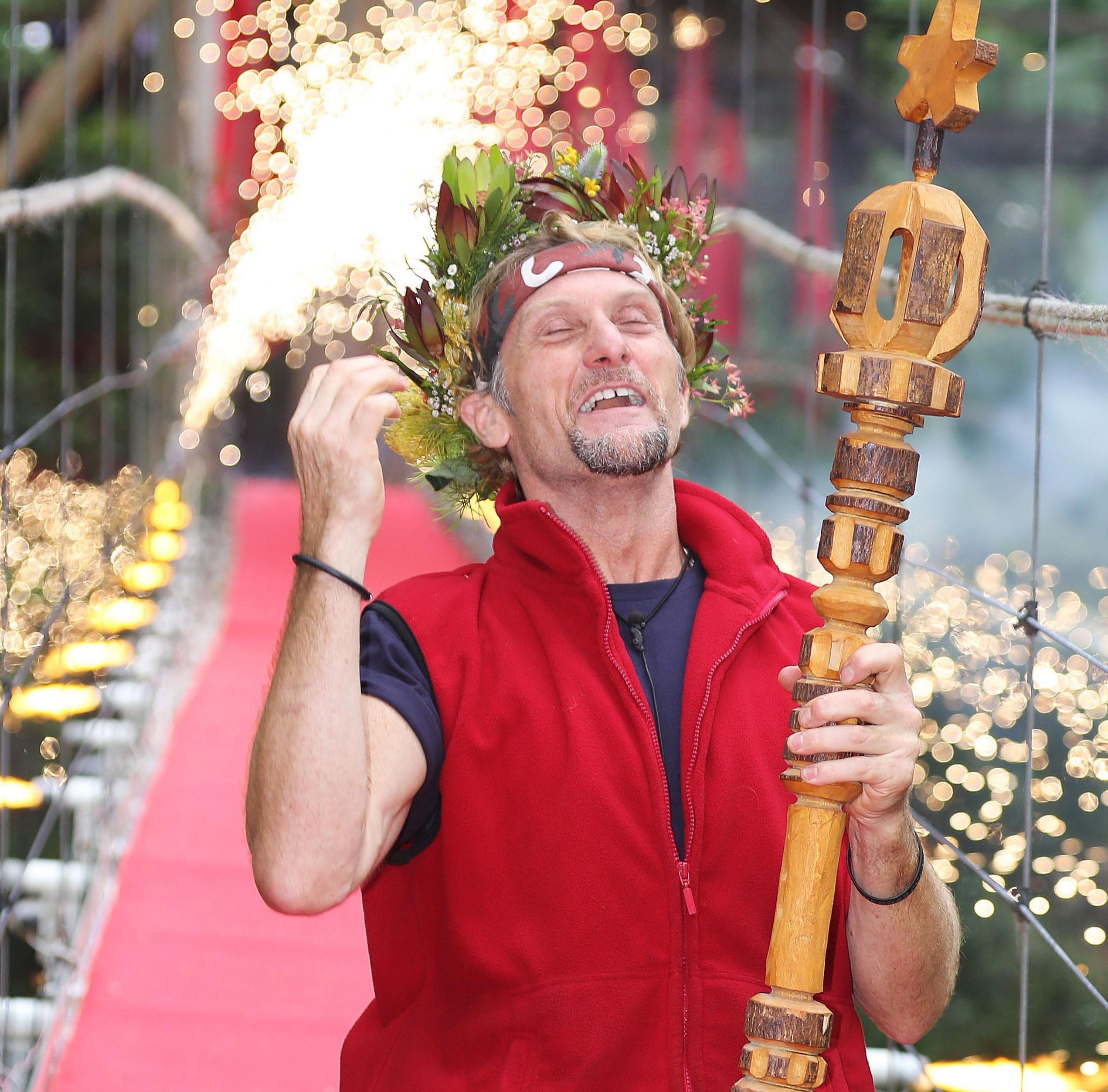 The former motorbike racer was known for his competitive nature – and that saw no sign of slowing down as he made his way through his time in the jungle.

During his time on the show, he took part in a staggering SEVEN trials – and never failed to bring home every star.

In the final, Foggy went up against Mel Sykes and Jake Quickenden to win the crown. 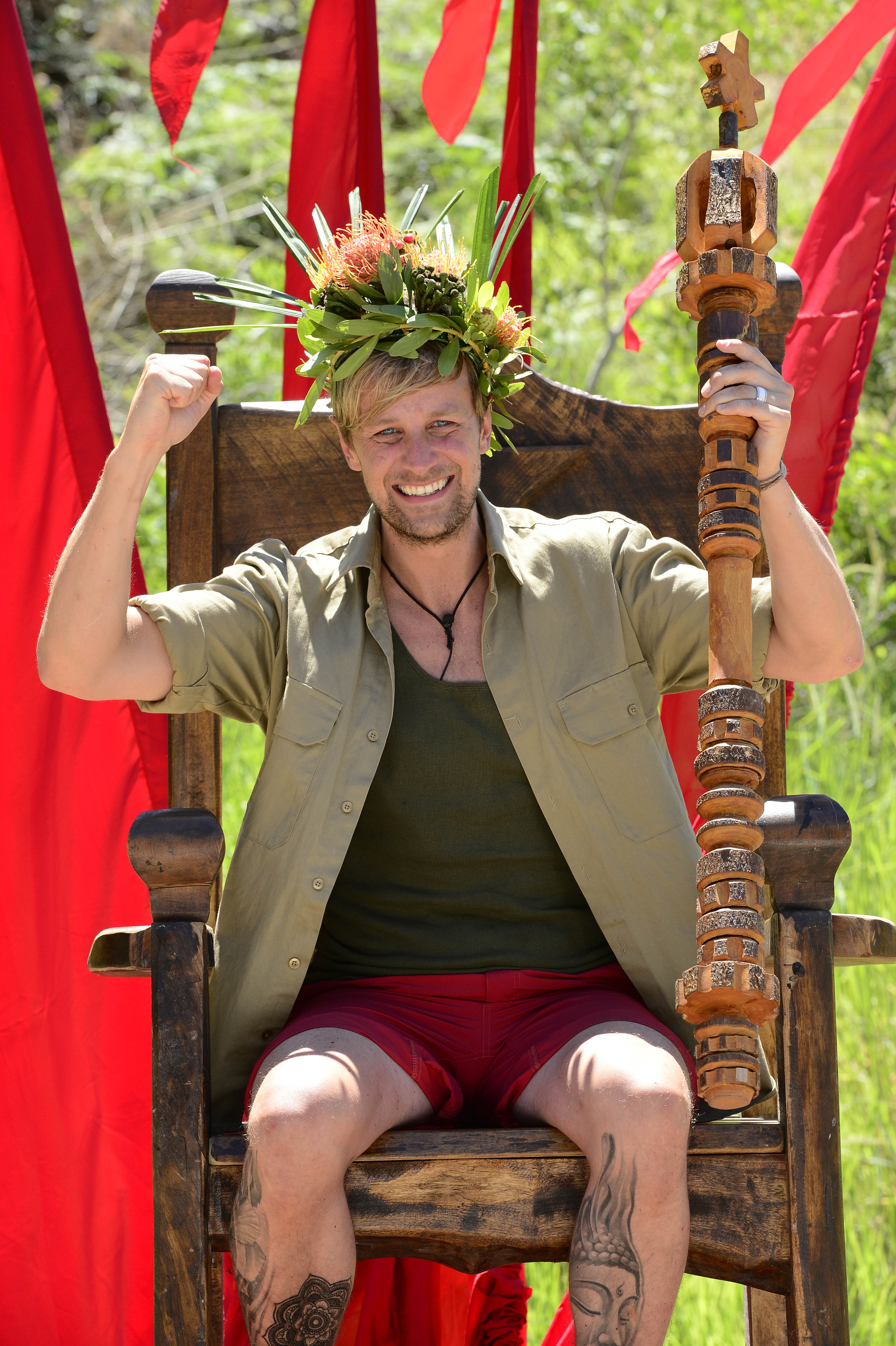 The Westlife singer beat designer David Emanuel to be crowned champion of the 2013 series.

Consistently a favourite, Kian took part in seven out of the possible 20 challenges and formed a close bond with several members of the camp including Joey Essex and Alfonso Ribeiro.

After winning here, he humbly said: “Everyone’s a king and queen here.”

The show earned 11.14million viewers at its peak – the highest of any series to date. 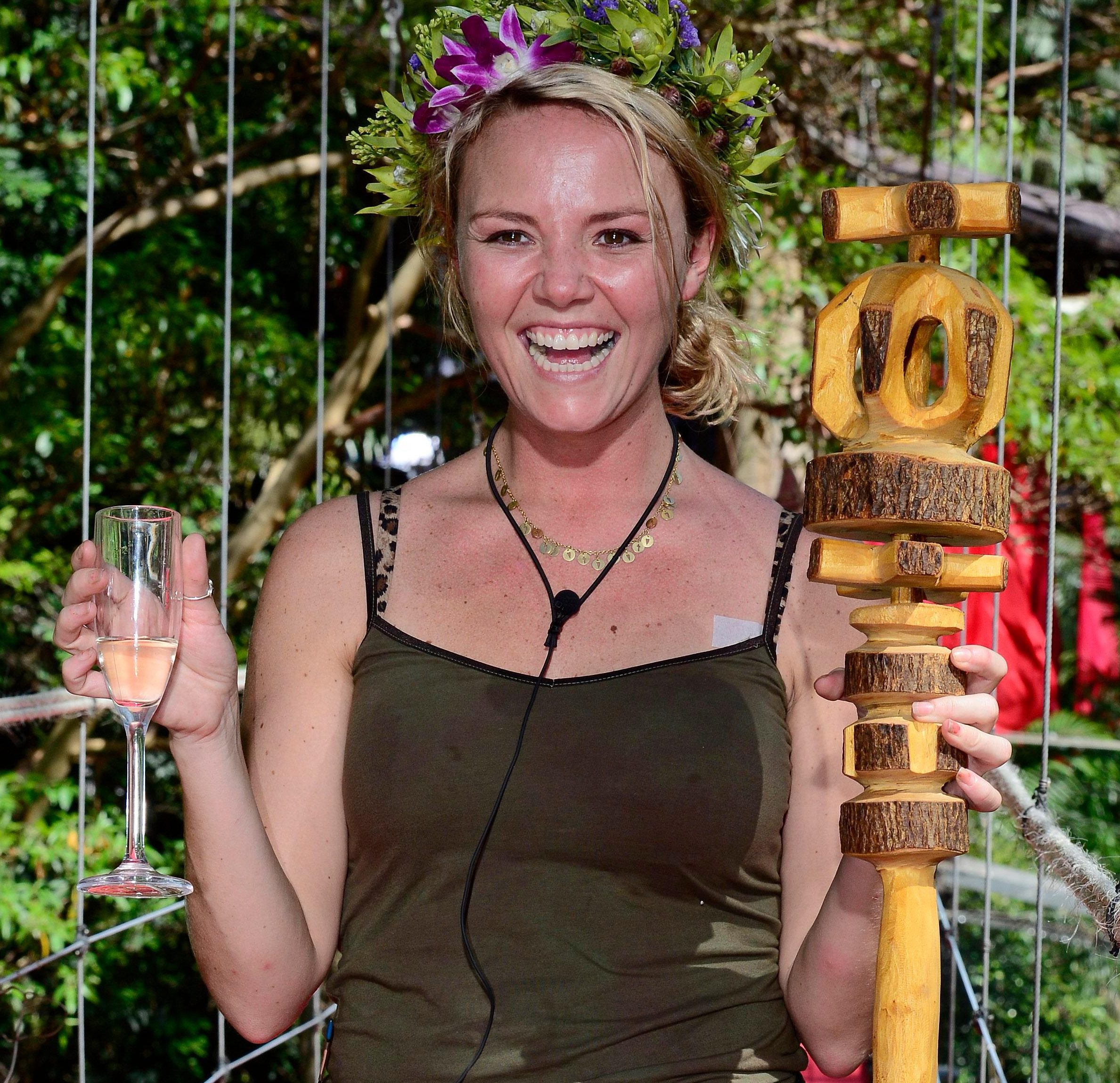 Charlie Brooks may be known to most as the evil Janine on Eastenders, but when she took to the jungle, everyone soon realised she was a real sweetheart.

During her time on the show she was seen struggling being away from her young daughter, as well as decent food.

She even cried because she missed fajitas. 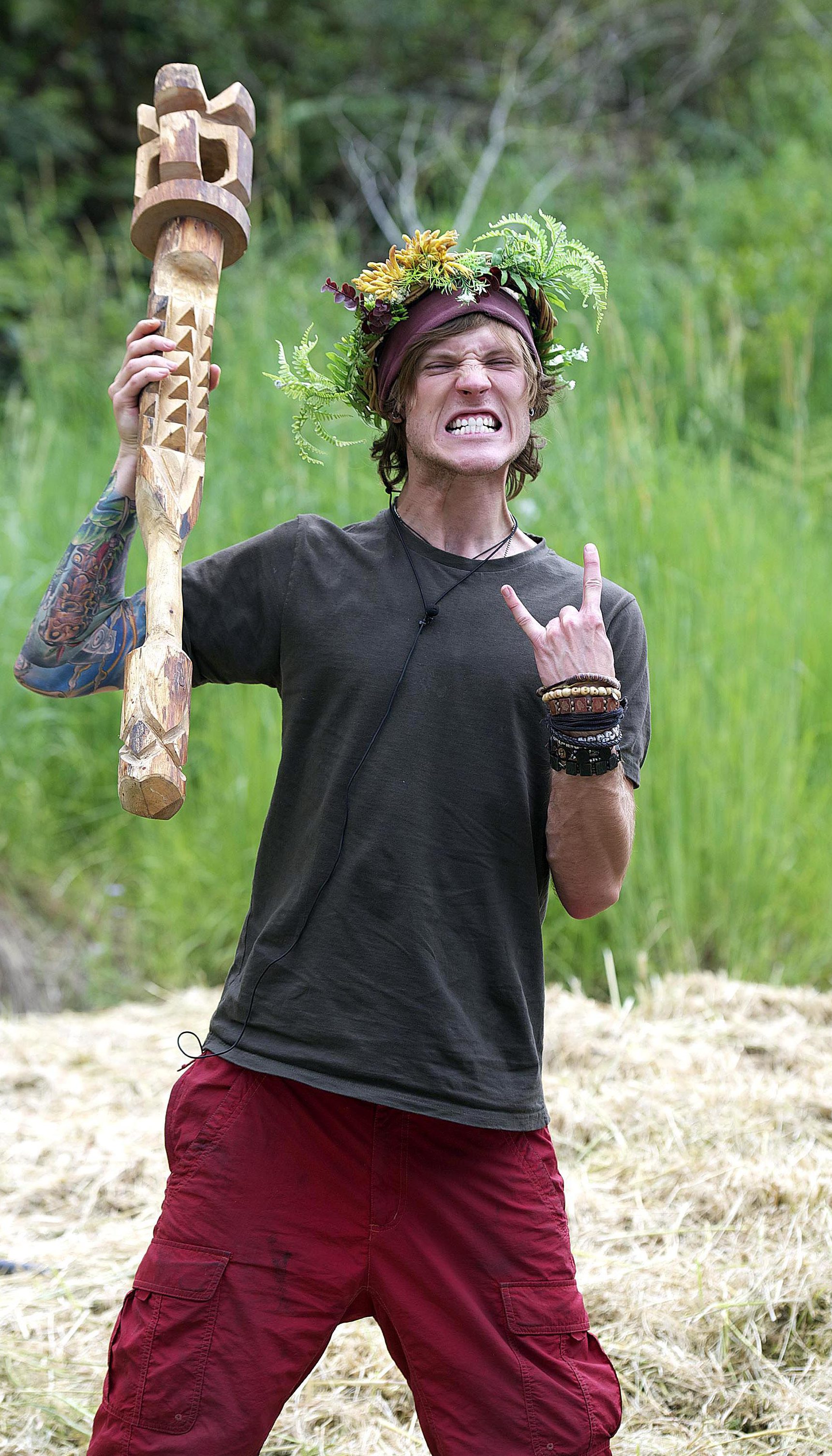 Cheeky chappy Dougie proved himself to be a kind-hearted champ while in camp – even after being given a task to betray his fellow camp mates in a series of mischievous tasks.

The star also celebrated his birthday while on the show, and he was treated to a song by former contestant, Peter Andre.

After forming a tight bond during their time on the show, Dougie was put against Mark Wright in the final two.

He then tried to hide his tears under his hair, but to no avail as Mark told him: “There couldn’t be a better winner. He’s the nicest kindest person in the whole entire world.” 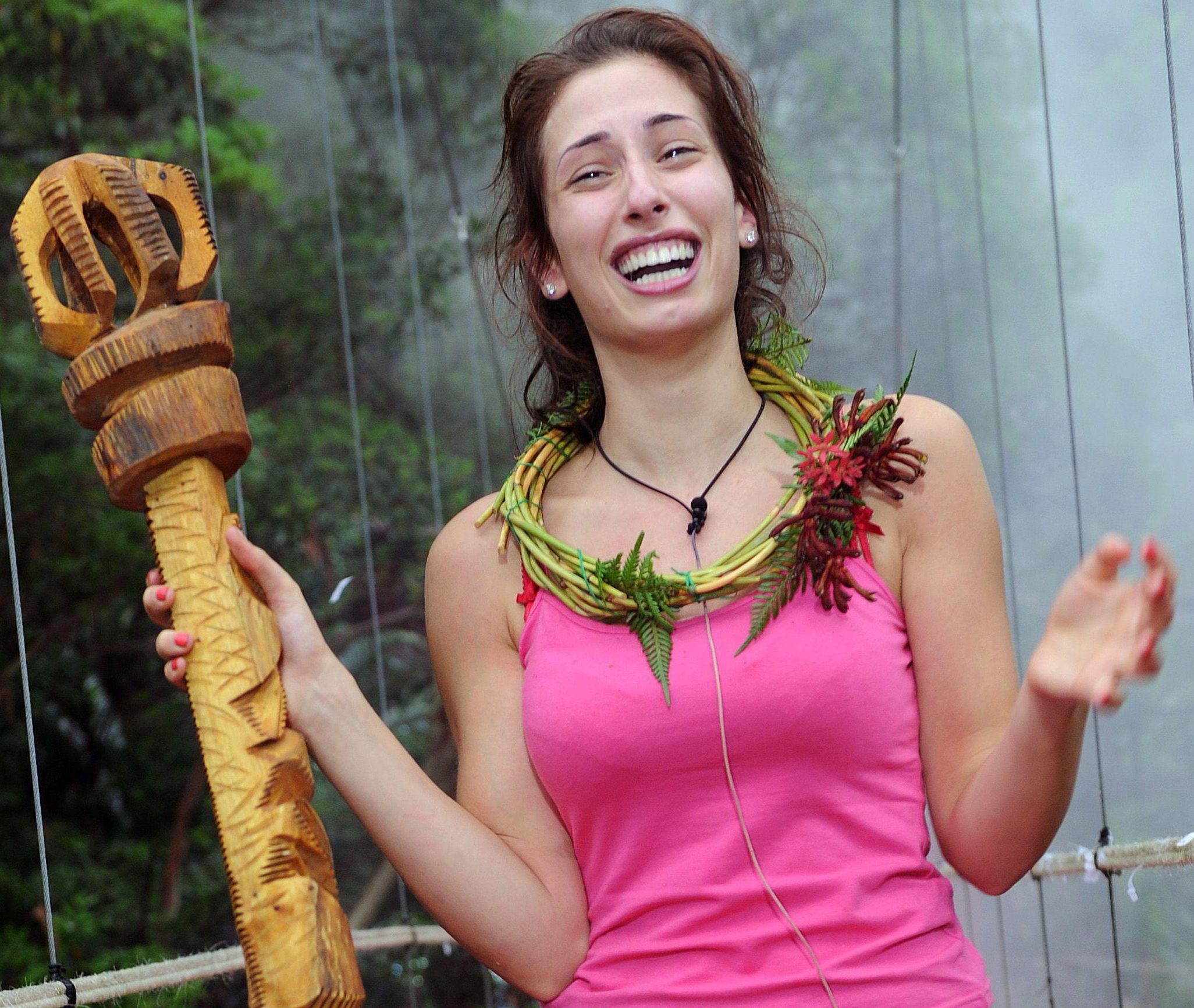 Essex girl Stacey Solomon first came on our radar when she competed on the X Factor, and had her second chance at fame with her role in 2010’s series.

Initially seen as a bit of a clutz, Stacey soon proved doubters wrong with her staying power and ability to come through when in a pinch.

By the end, he was up against Happy Mondays star Shaun Ryder, in what was possibly the closest win the show has ever had.

Years later, the show would bring her something else – boyfriend and fellow king Joe Swash, who was presenting the spin-off show at the time and crowned her. 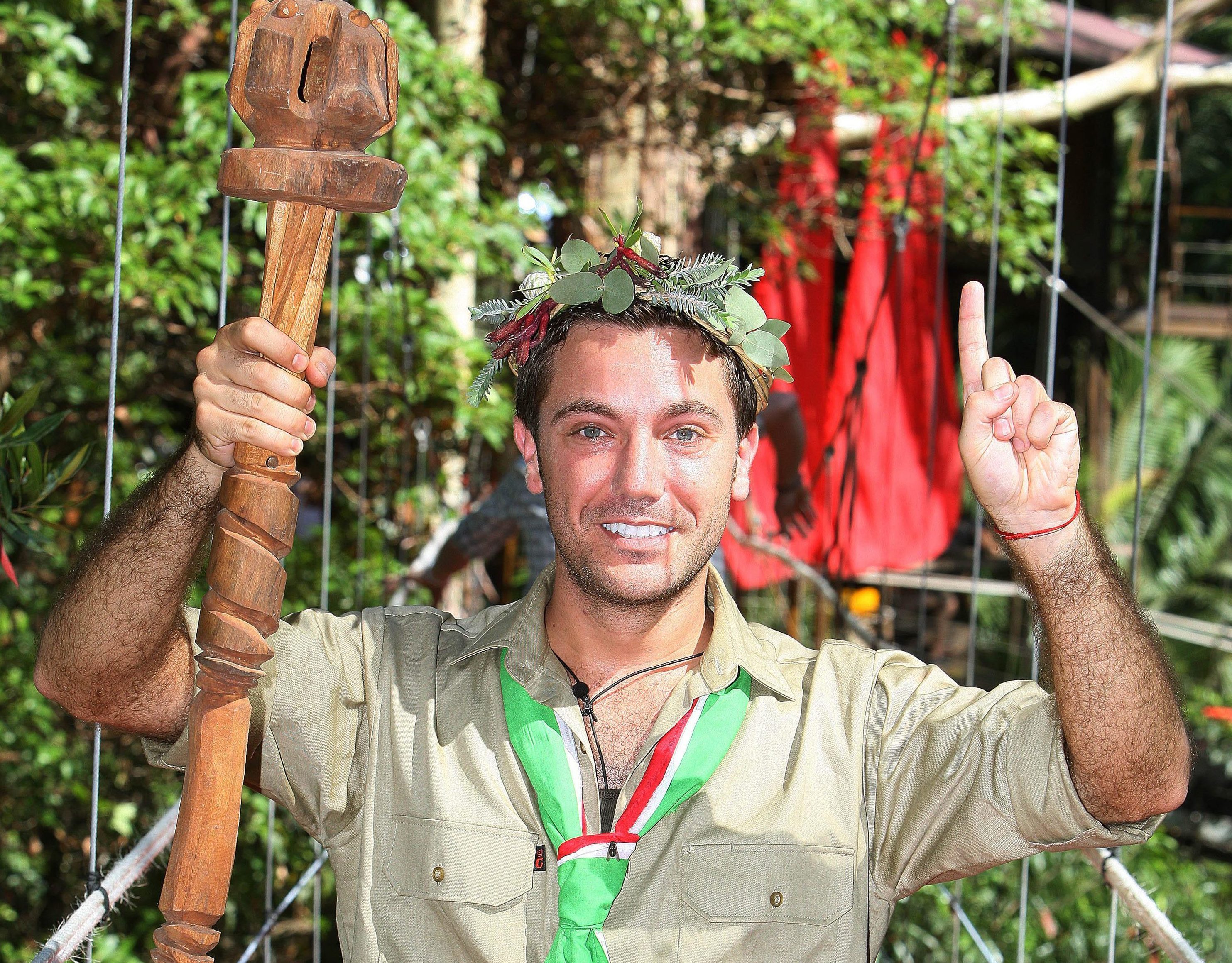 Gino D’ACampo’s cheeky nature and killer sense of humour made him a fan favourite almost immediately.

The insatiable ladies’ man made no secret of enjoying waking up next to former page 3 model, Samantha Fox, and the other beauties in the camp including Camilla Dallerup and Katie Price (who was appearing for a second time).

Dealing with five bushtucker trials, the culinary artist was faced with munching down some of the disgusting treats the show had on offer to make it through, and became a valuable asset as the chef in camp.

In the finale, he won the show after beating Kim Woodburn and Jimmy White in the public vote, and became King of the Jungle.

When talking to Ant and Dec afterwards, he revealed his shock at living in that situation, having assumed that they would “at least give him a baguette” off-screen. 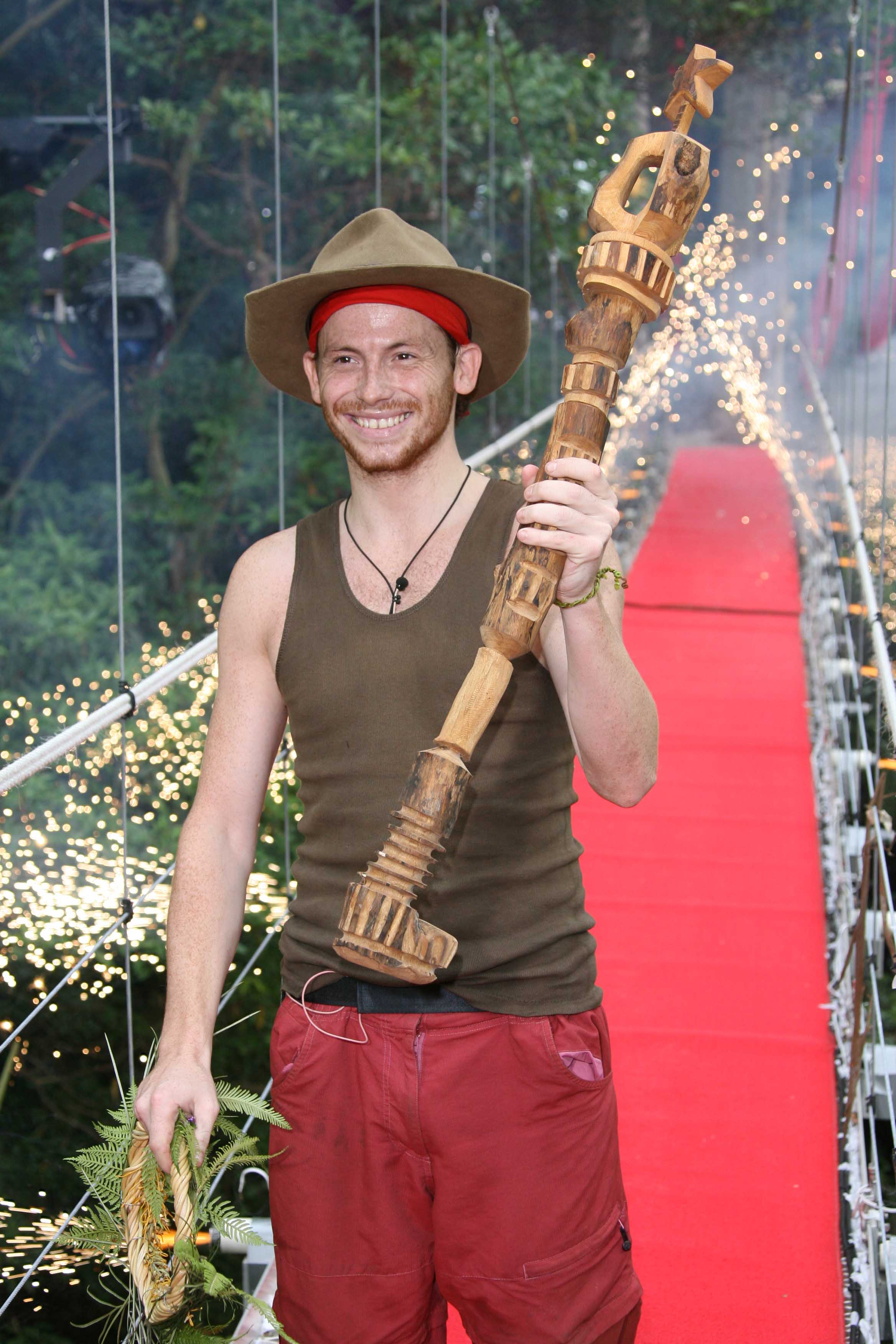 Joe Swash proved to be a force to be reckoned with when it came to bushtucker trials, and of the 21 possible tasks he could’ve taken part in, he only missed one star the entire time.

His campmates became fond of Joe, and he formed a particularly strong bond with Esther Rantzen, becoming protective of her during his time there.

In the end, Joe was head-to-head with tennis player Martina Navratilova and Star Trek icon George Takei, but was crowned the winner.

When he went into the studio for his winner’s chat, he celebrated by planting a smacker on the lips of George, and Ant McPartlin.

He is now a regular presenter for the I’m a Celebrity spin-off, Extra Camp. 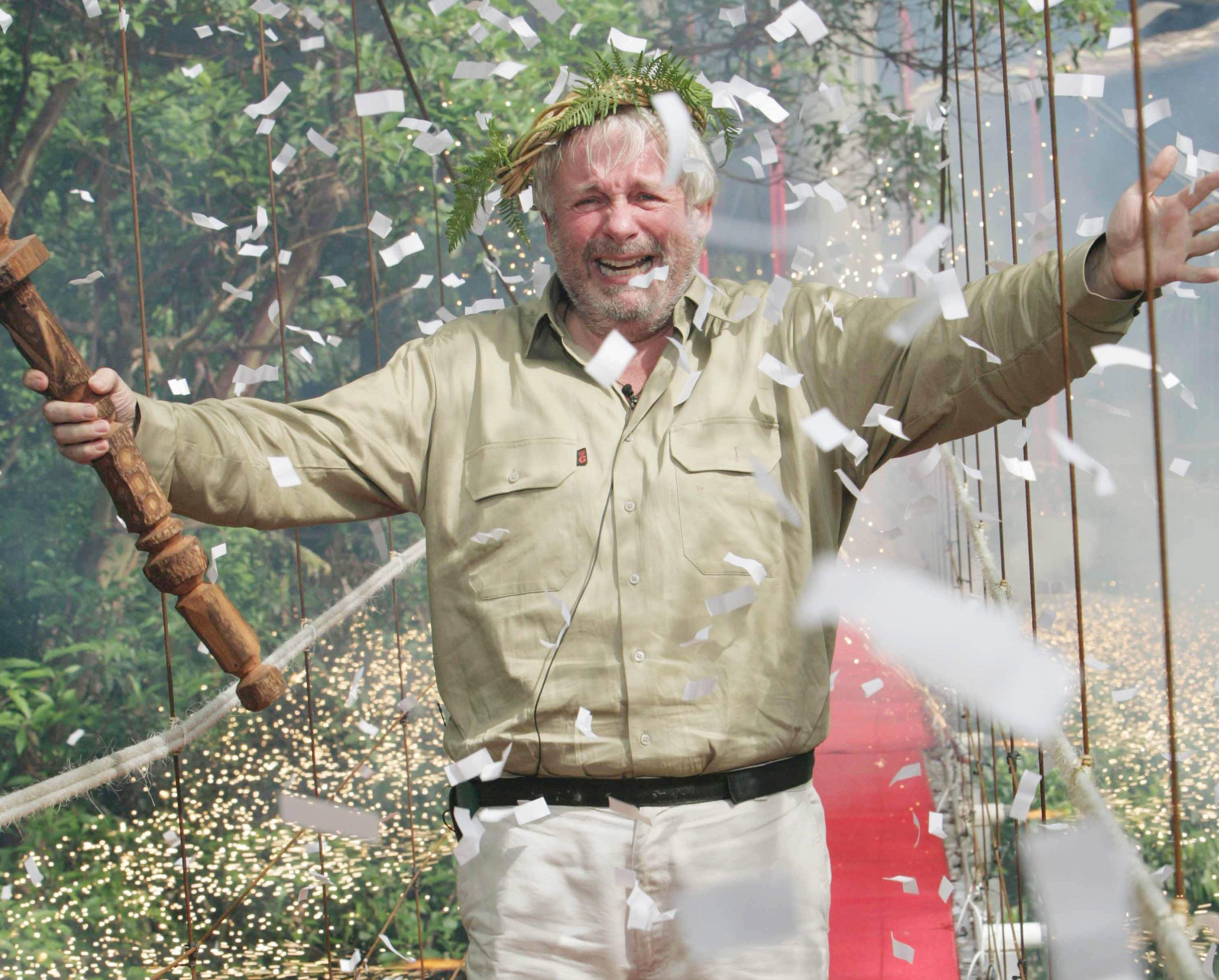 Christopher Biggins was nearly booted from the show after two weeks when he landed in the bottom two.

A late start to the show, he even took part in a rare live trial alongside Janice Dickenson on day five in order to bag eight stars for his new camp mates.

The star  soon became a firm favourite over the course of the show, with camp mates praising him for bringing a fun energy into the long jungle days.

With the show now running 20 days, he managed to persist, and in the end he beat Janice and Five singer J to the crown in the final hurdle. 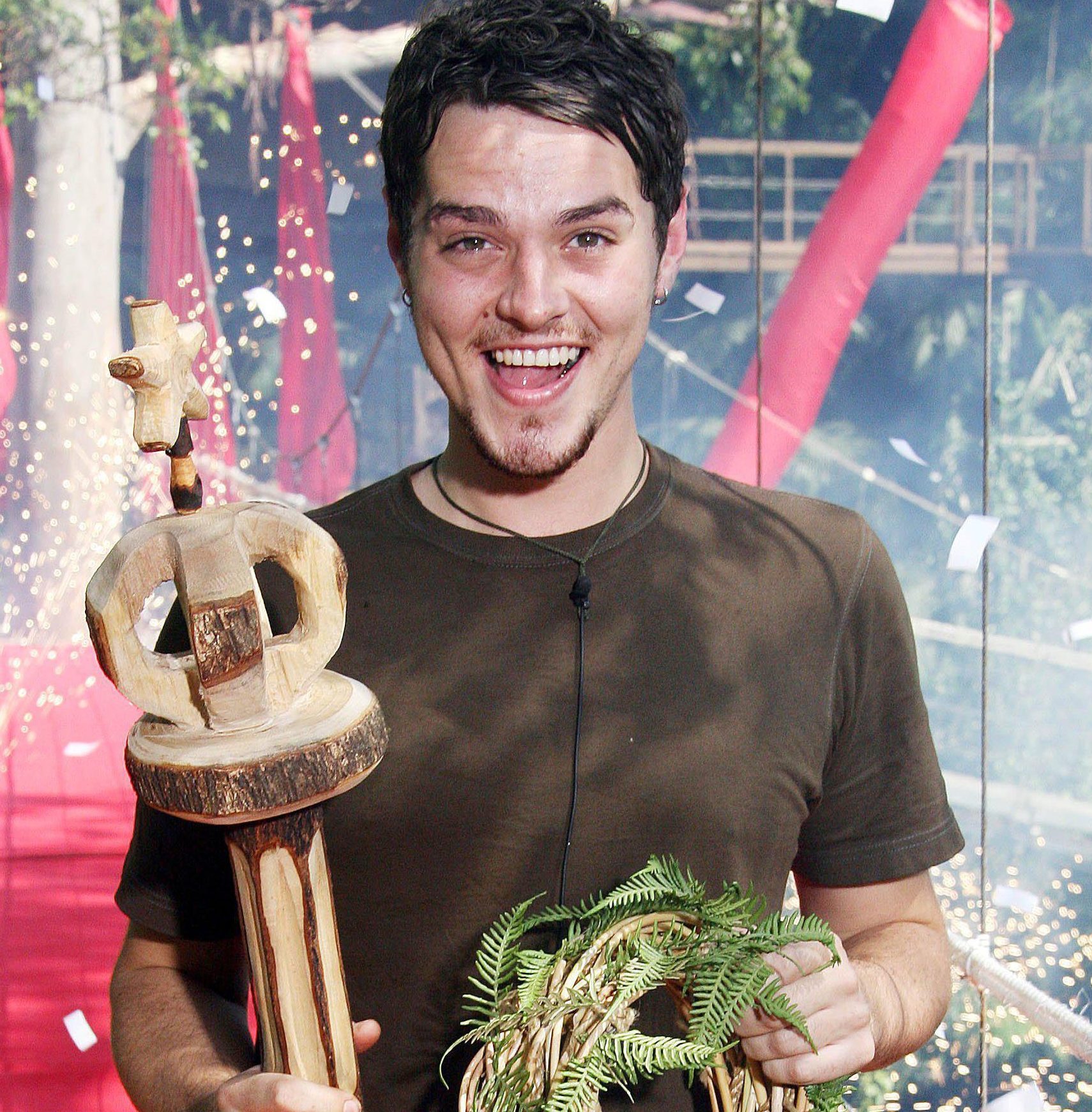 Busted star Matt Willis became one of the most memorable winners of I’m A Celebrity when he took the crown.

By day 17 he suffered a close call and ended up in the bottom two, but scraped enough votes to clinch his place and presenter Jan Leeming went home instead.

He was later appointed presenter with his fiancee (now wife) Emma Willis, for the spin-off show the following year. 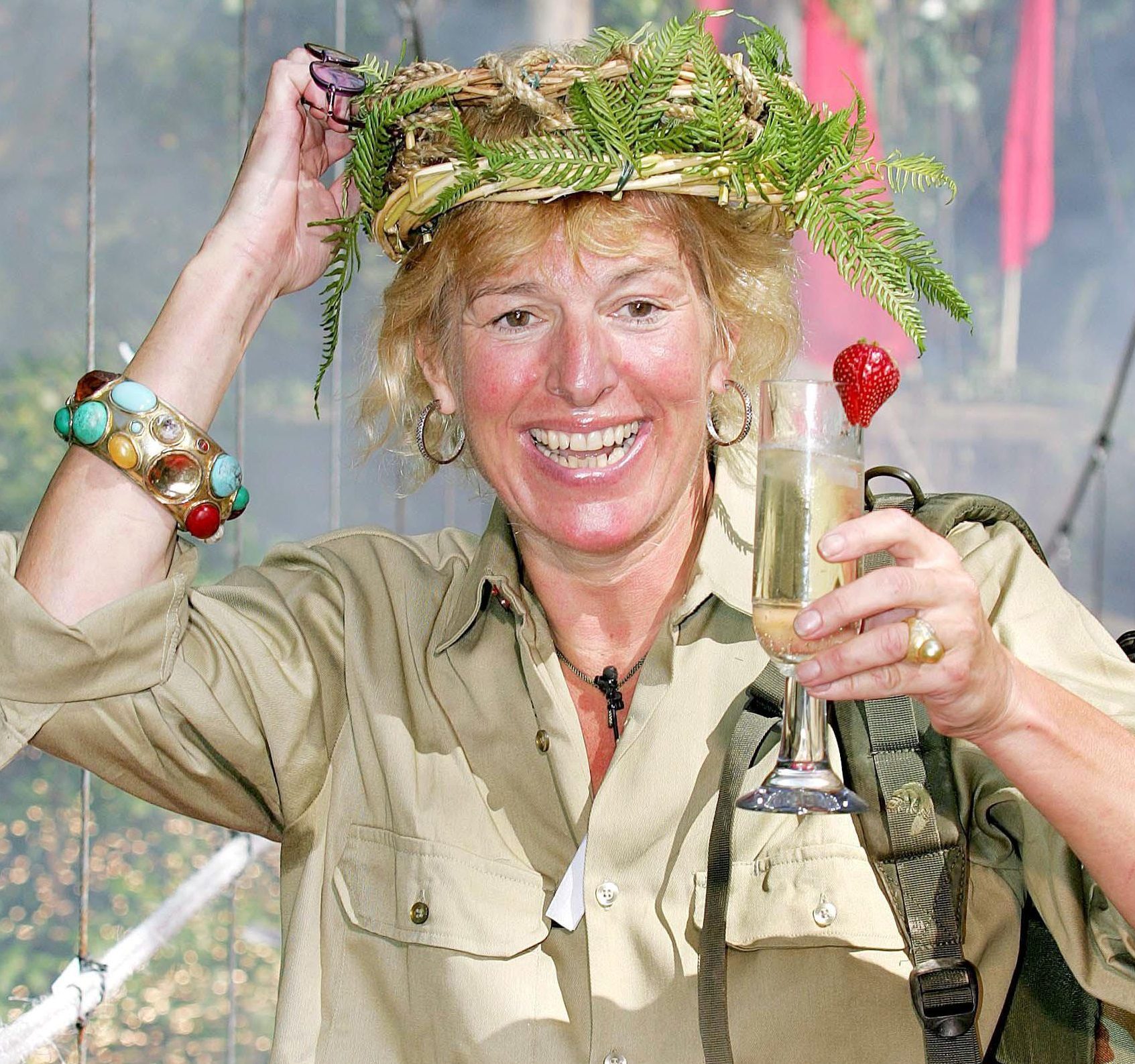 Carol Thatcher surprised everyone with her can-do attitude and won I’m A Celebrity 2005 as a resultCredit: Rex Features

Carol, journalist daughter to former Prime Minister Margaret Thatcher, was a surprise winner in the 2005 series.

During her time on the show, she competed in five trials – three willingly, and two as voted for by the public.

Speaking about her win, she said she was “amazed, astonished and gobsmacked to the power of 100” to come out on top. 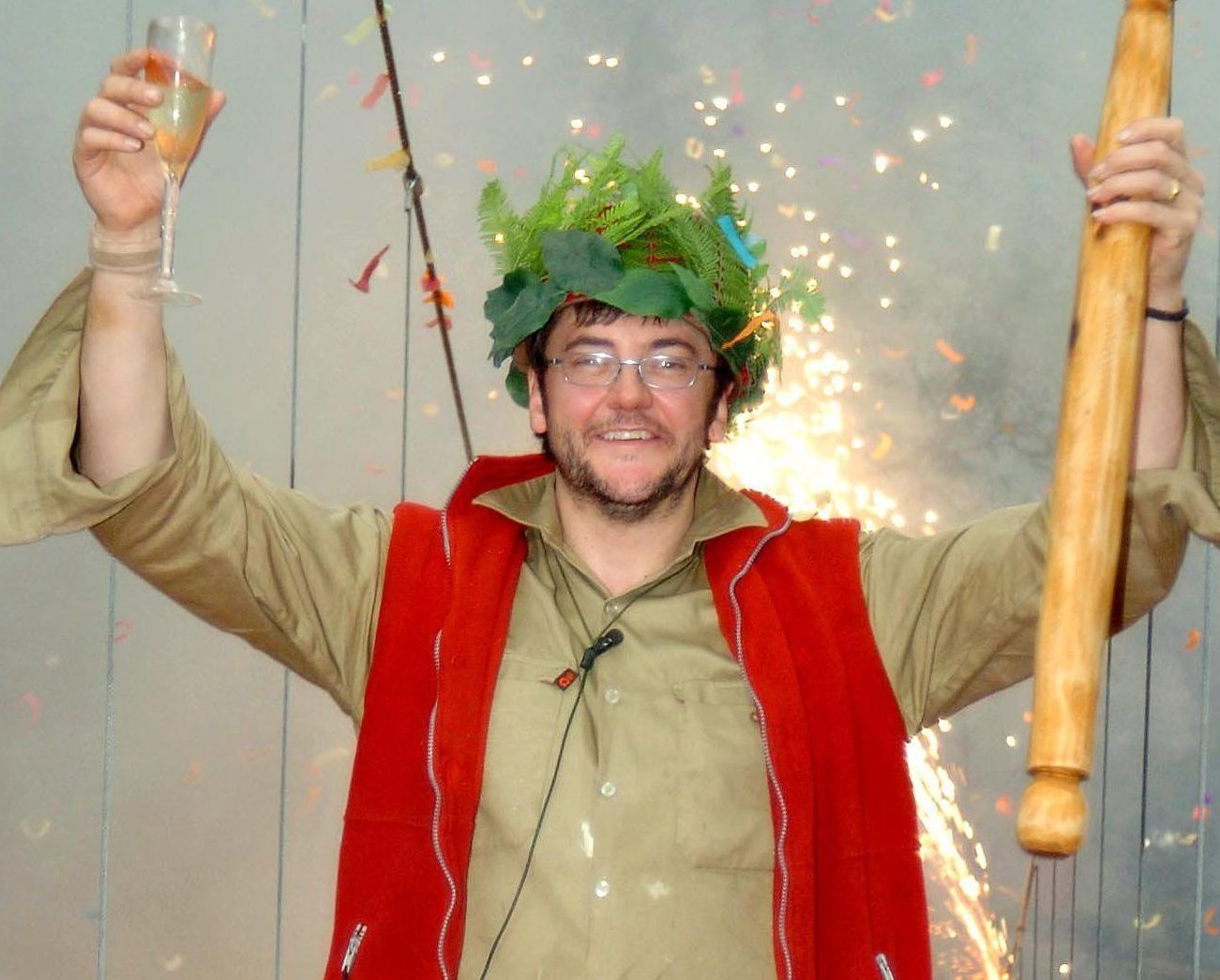 Comedian and presenter Joe Pasquale became the next king of the jungle after participating in four trials and winning the title from Princess Diana’s right hand man, Paul Burrell.

At the time, he took part in the show’s most expensive trial ever, the Hell-O-Copter, and won all eight stars in the process.

In another, he was trapped underground for a buried alive challenge which saw him covered in a host of animals including rats and being submerged in water.

He also got attached to two emus the camp were tasked with looking after, which he called Ant and Dec after the show’s presenters, even when they pecked his glasses off.

Viewers loved his famous voice and upbeat sense of humour. 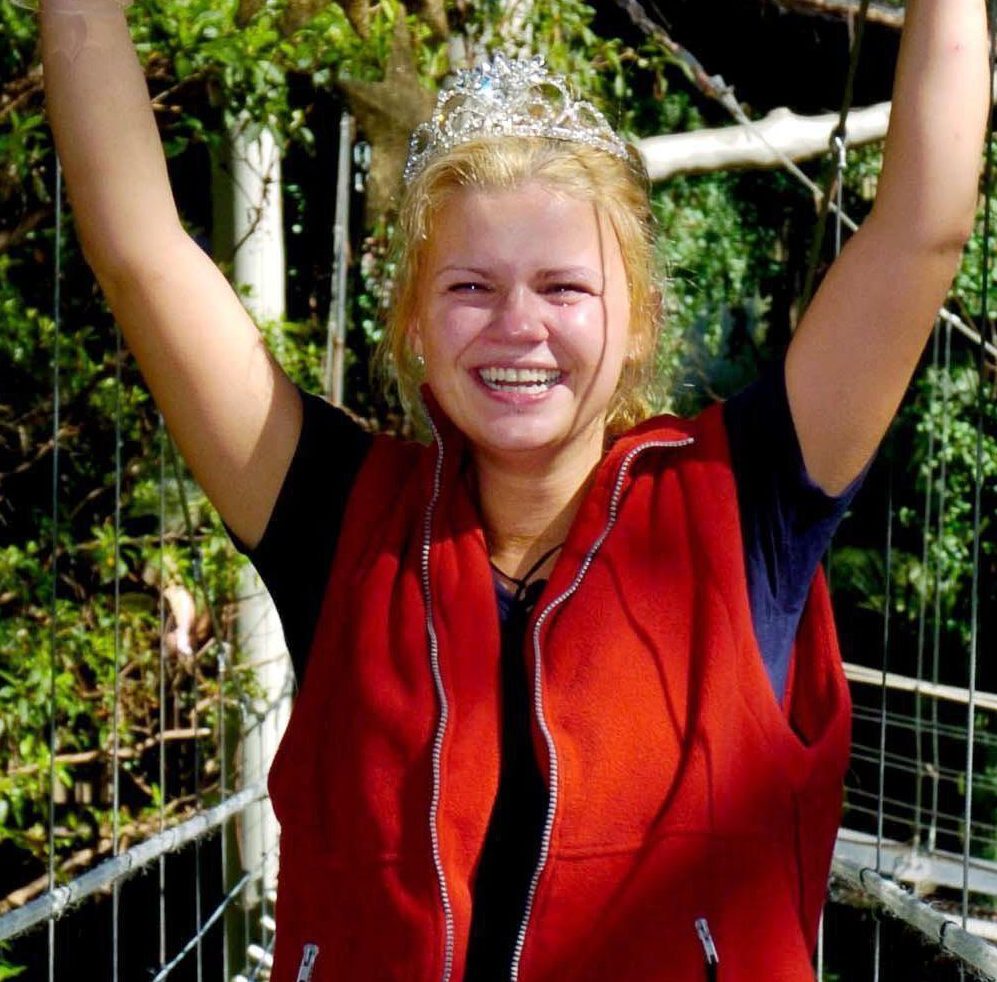 Atomic Kitten star Kerry Katona (then Kerry McFadden) got off to a shaky start on the show after only landing two stars during her first trial on day three.

By the final day, only Peter Andre and Jennie Bond remained with Kerry in the camp – and Kerry took home the champion title.

Though it wasn’t all a loss for Peter, who came second, as he left with a new girlfriend, Katie Price – who would be his wife and mother of two of his children before they split in 2009. 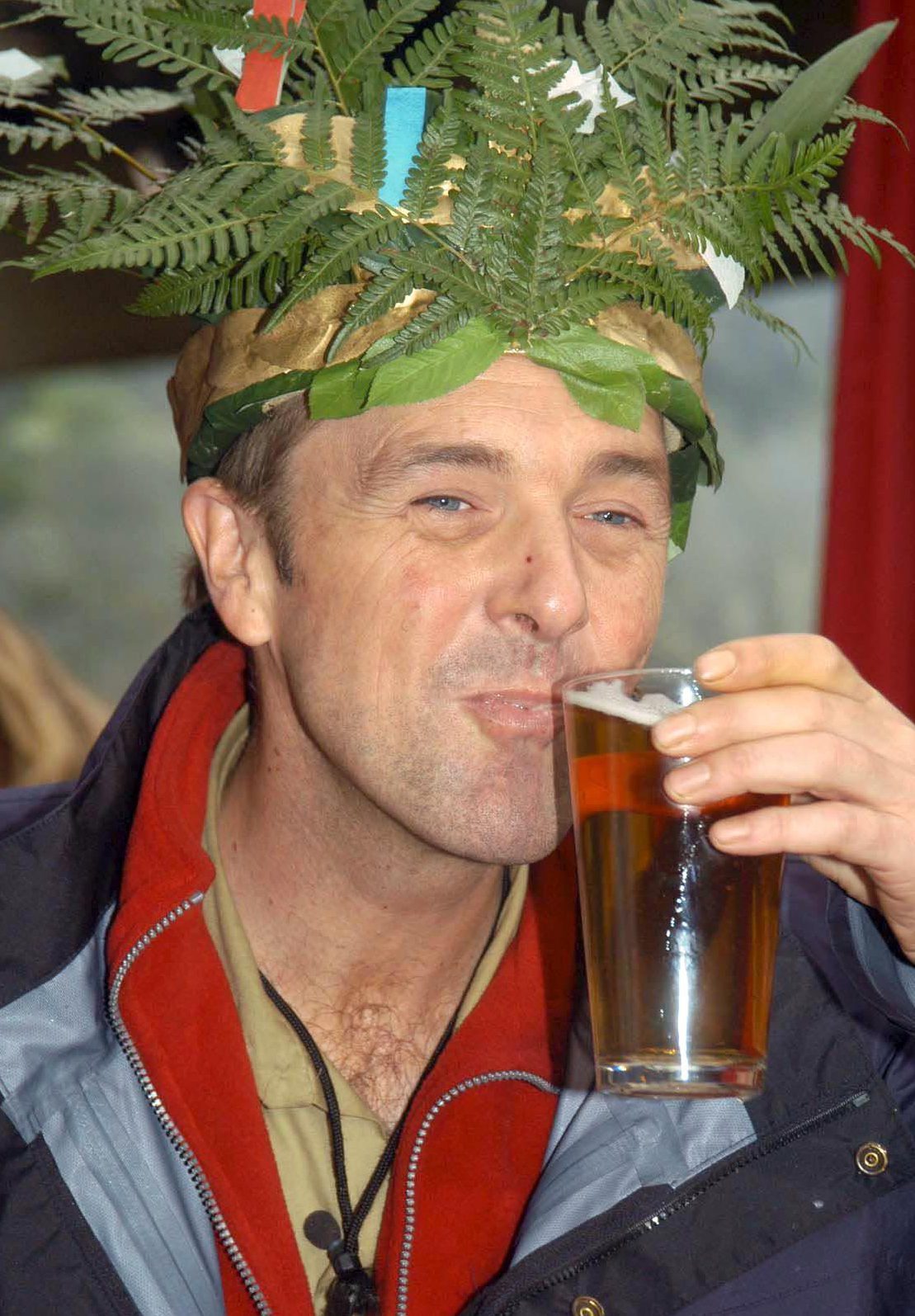 Phil Tuffnell became the second King of the Jungle in when he won I’m A Celebrity in 2003Credit: Rex Features

England cricket player Phil Tuffnell was the next king of the jungle after taking part in the show that ran for two weeks from late April, 2003.

The star took part in three challenges, but after two weeks in the show came dangerously close to leaving after falling down to the bottom three.

Thankfully he pulled himself back and was up against England footballer John Fashanu and Linda Barker in the final. 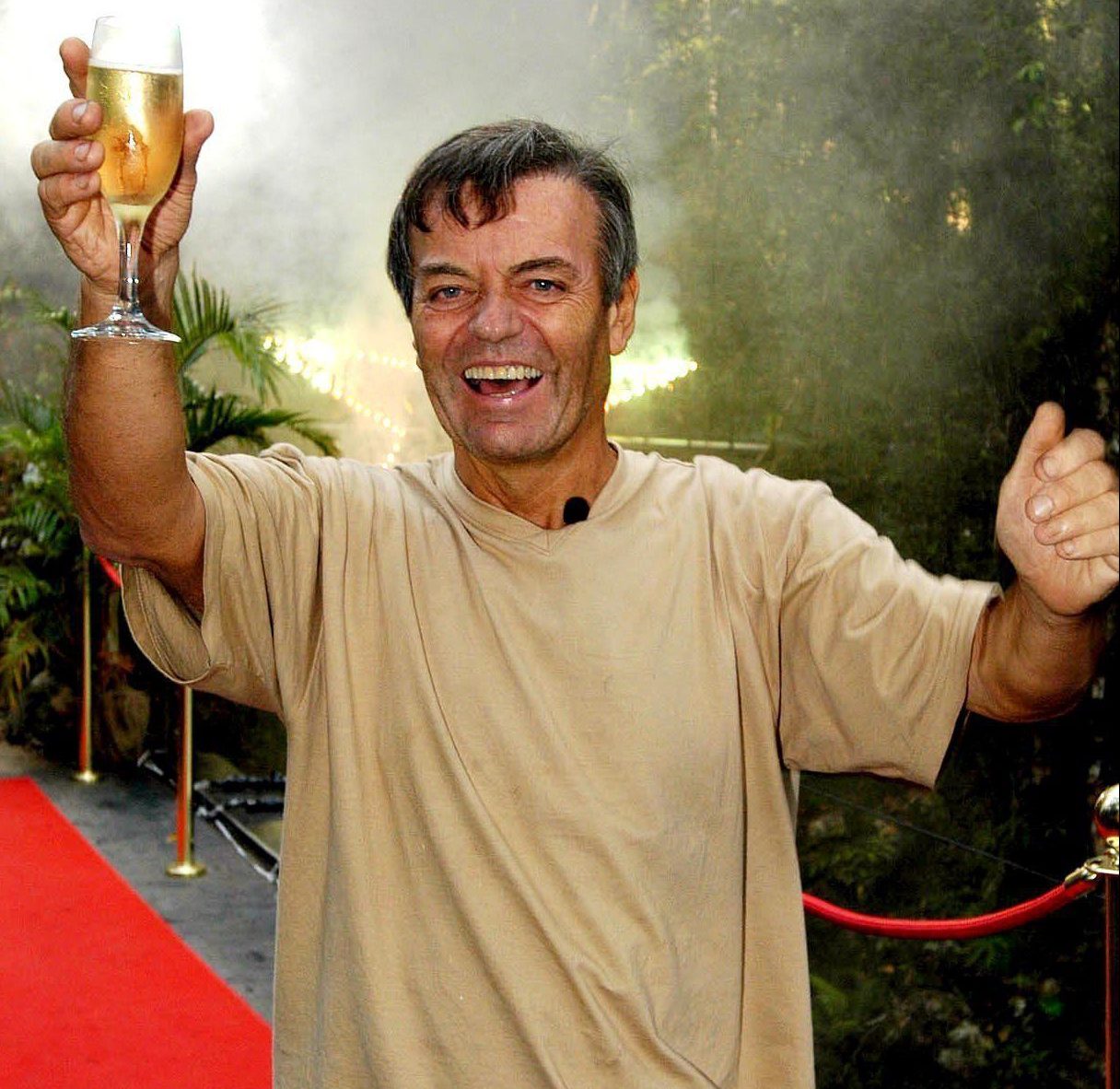 DJ Tony Blackburn was the first ever winner of I’m A Celeb as it launched in 2002Credit: Rex Features

The first ever king of the jungle, radio DJ Tony Blackburn was crowned champion after taking part in the summer of 2002.

He beat out the late socialite Tara Palmer-Tomkinson and Christine Hamilton to be crowned champion.

A firm favourite from the start, Tony and Tara both managed to remain safe from the public vote throughout their two week stay.

He took part in three trials during his time there – the Sneaky Snake Run (winning 2/6 stars), the spider web (winning 3/4) and the final trial with Tara, which he completed successfully.

When does I’m A Celebrity start on TV?

The show is then on every night at 9pm for around three weeks, with the exact date of the final yet to be revealed.