AS the song lyrics go, life in plastic, it’s fantastic – and model Claudia Schiffer seems to agree after a special Barbie version of her was created to mark her 50th birthday.A

Designer Donatella Versace even delivered a tiny strapless gown like the one Schiffer wore in 1994 for the doll. Donatella said they were “two strong women who do not need to be empowered by anyone”. 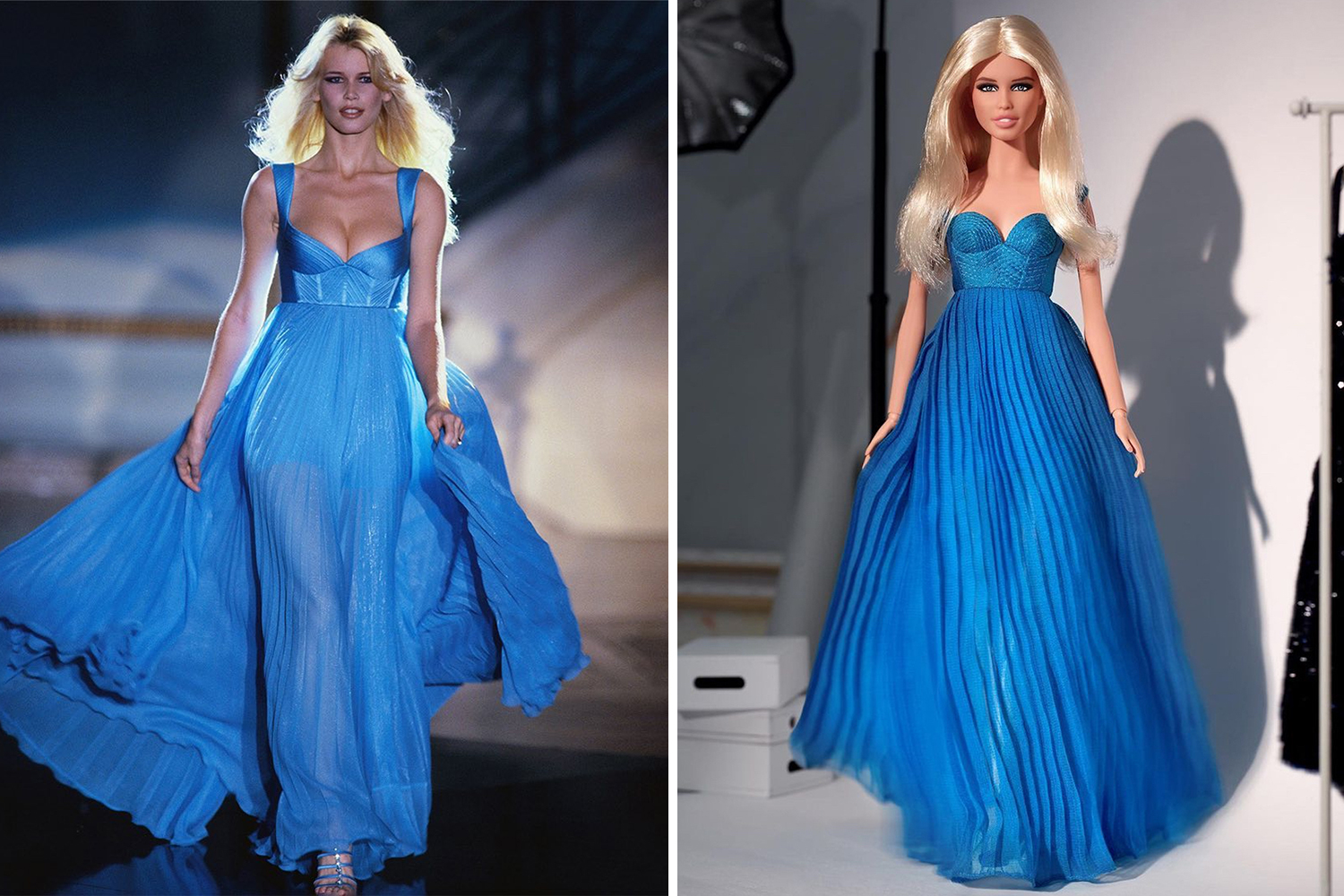 But Claudia is not alone in being honoured by the famous toy. Here, we compare the A-list Barbies with their real-life versions. 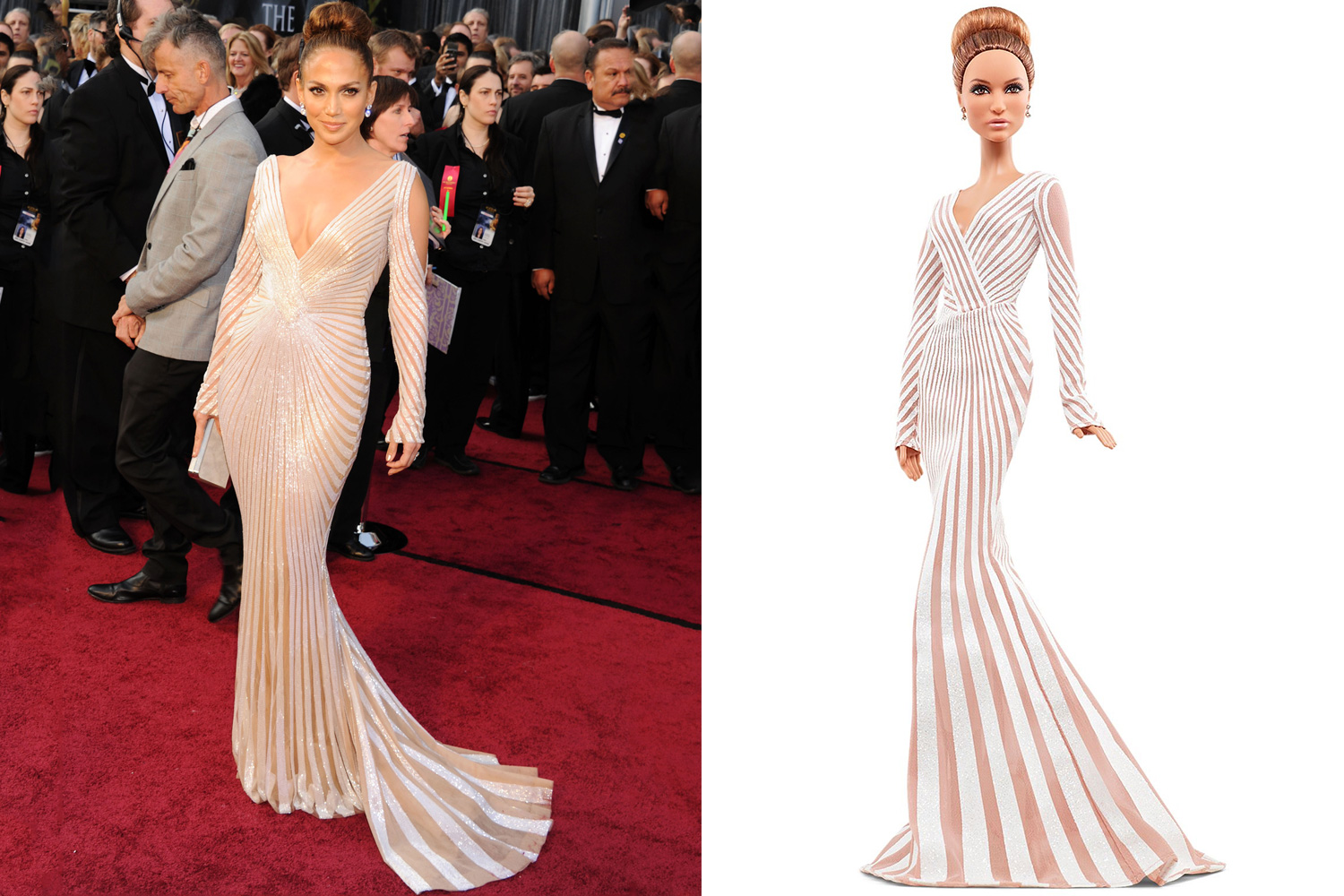 JENNIFER LOPEZ, now 51, stole the show at the 2012 Oscars when she wore a super-shiny dress designed by Zuhair Murad. Toy maker Mattel wanted to mimic the glamour of the Hollywood awards bash so made a mini version of The Hustlers star, complete with her hair tied up in a bun. 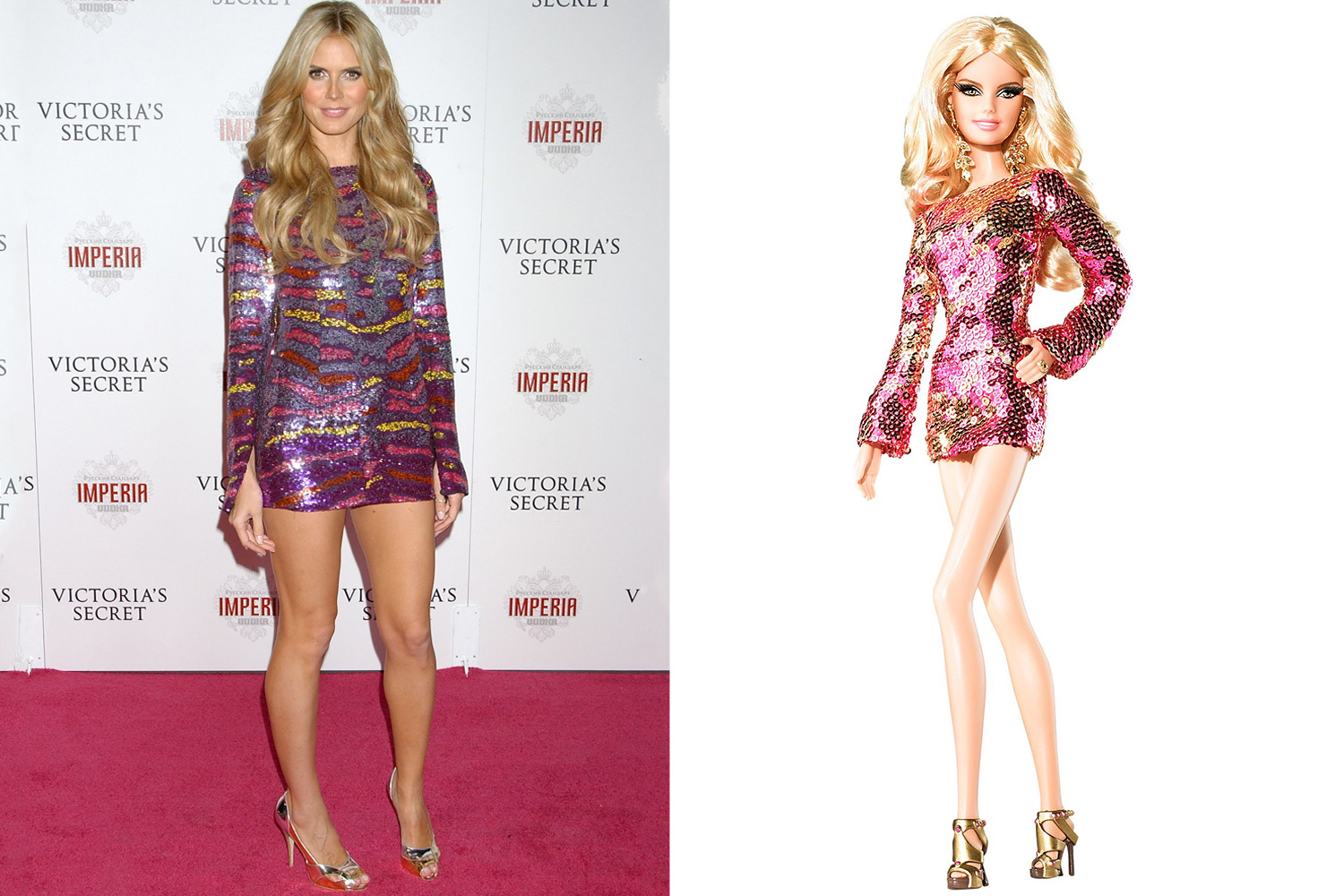 Heidi Klum made it into plastic with this 2009 doll

AMERICA’S Got Talent judge Heidi, 47, looks every inch the superstar model with her flowing curls, killer gold stilettos and fabulous glitter mini-dress. The doll, which was released in 2009, proves she is far more than just a pretty face. 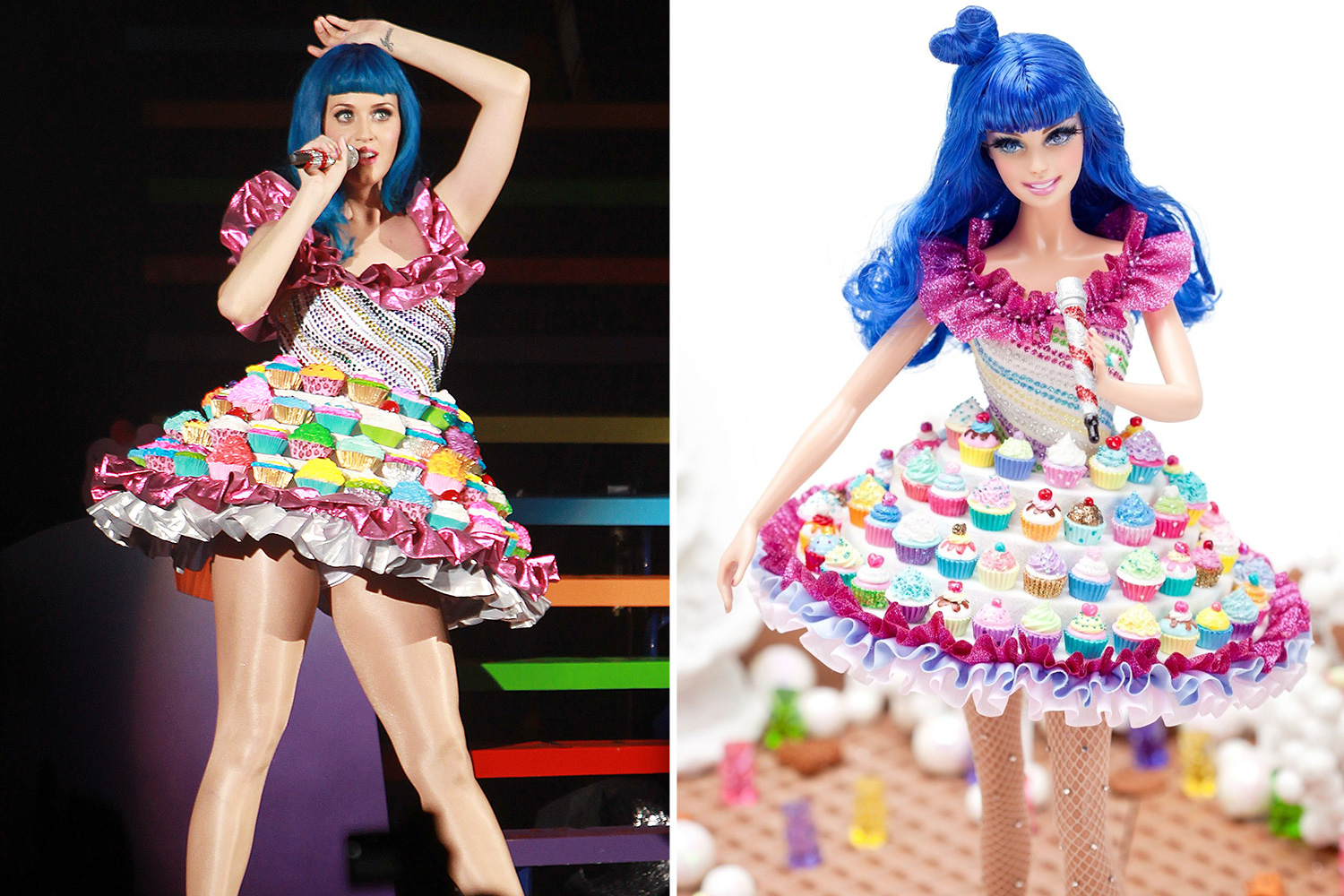 THIS costume claims the crown for the most detailed and delicious Barbie outfit. Featuring 70 hand-painted mini cupcakes, Swarovski crystals, fishnet stockings and even her tattoos, it truly brought Katy Perry, 35, to life… well almost. 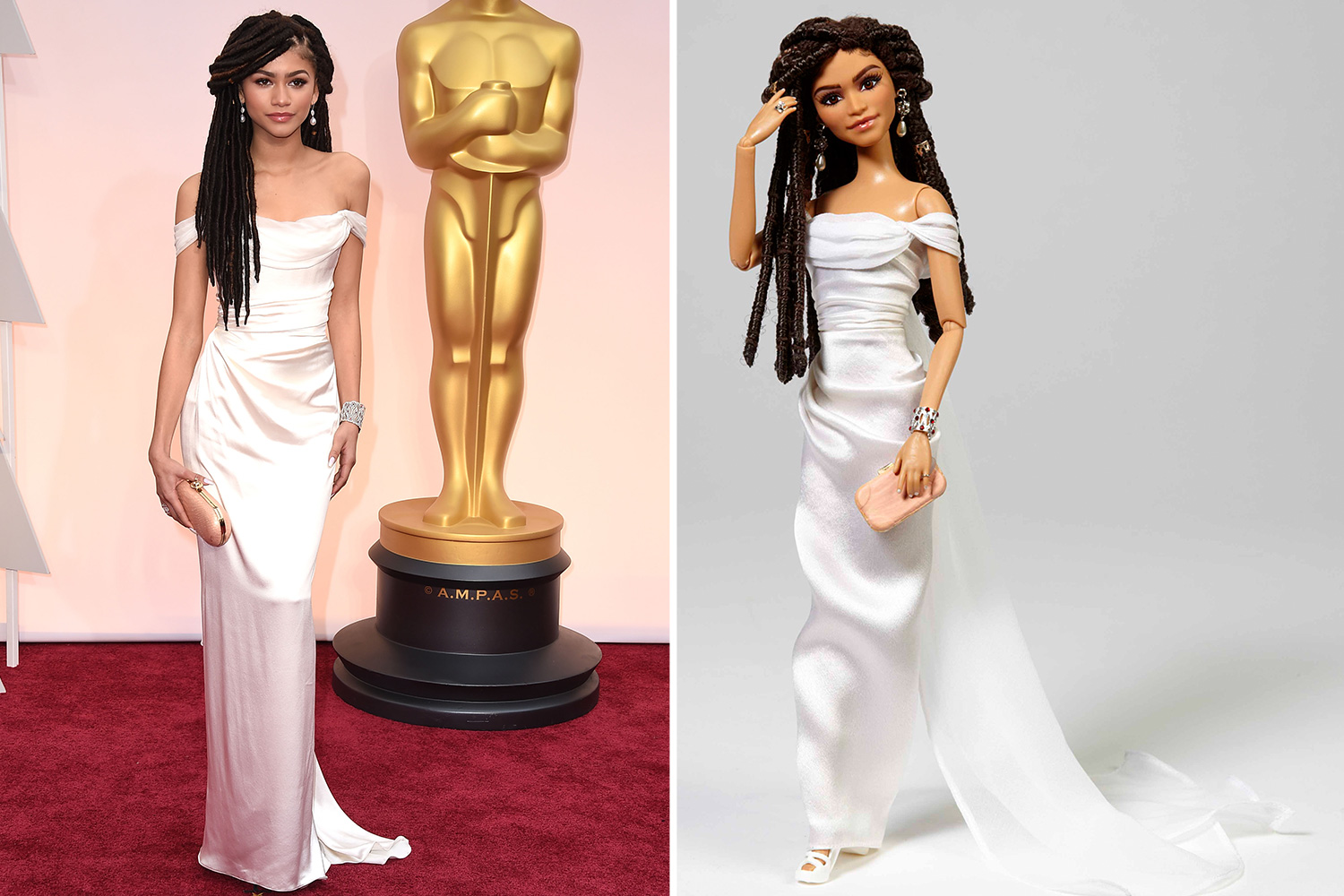 FORMER Disney star Zendaya, 24, was trolled over her dreadlocks at the Oscars in 2015. Shortly after, Mattel replicated her look. She said: “When I was little I couldn’t find a Barbie that looked like me. My, how times have changed.” 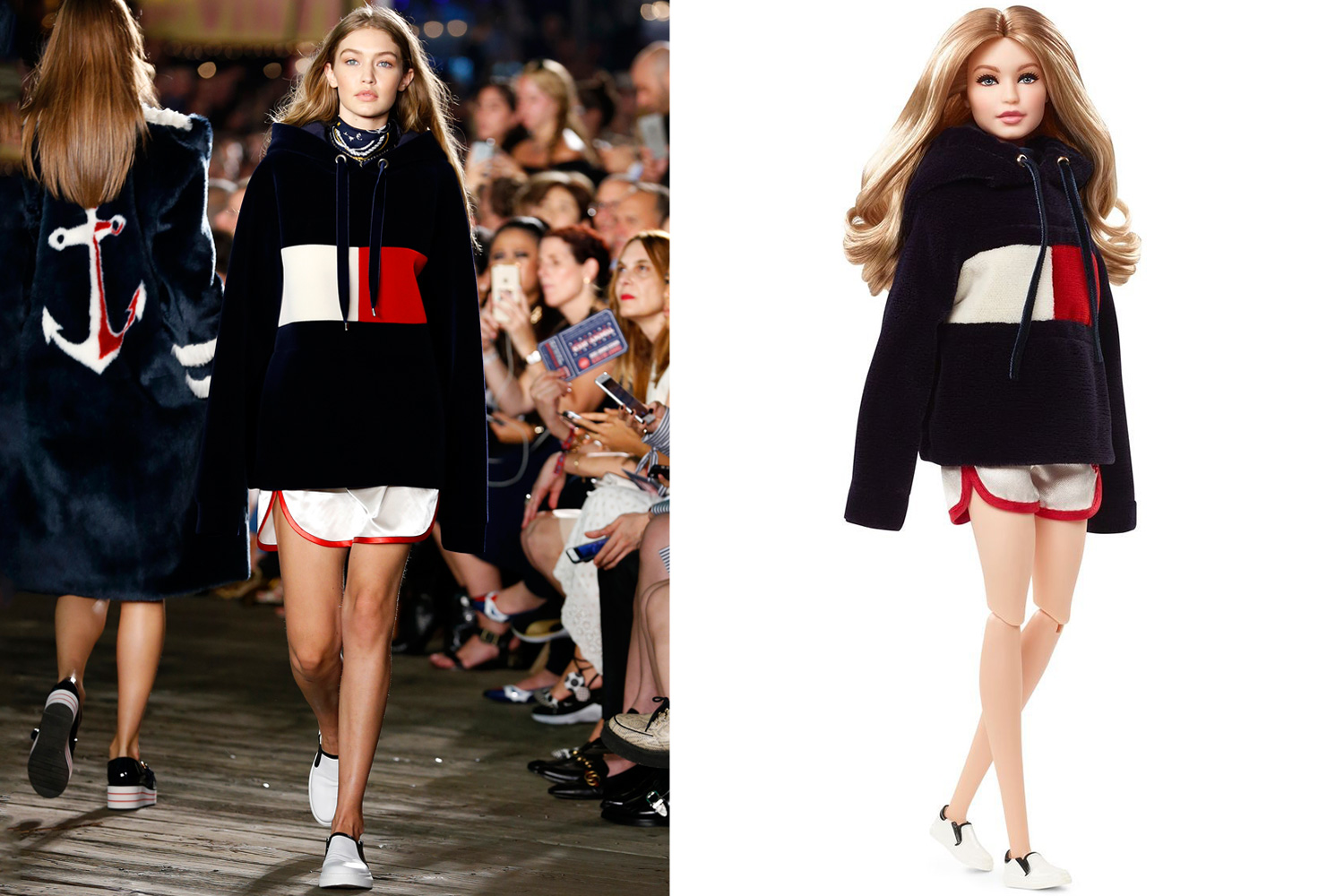 IN 2016 model Gigi, 25, wore shorts, trainers and a navy hoodie with the Tommy Hilfiger logo on the front for a runway show. A year later, the TommyXGigi Barbie doll was born. We wonder if the new mum will one day pass the doll on to her daughter with Zayn Malik. 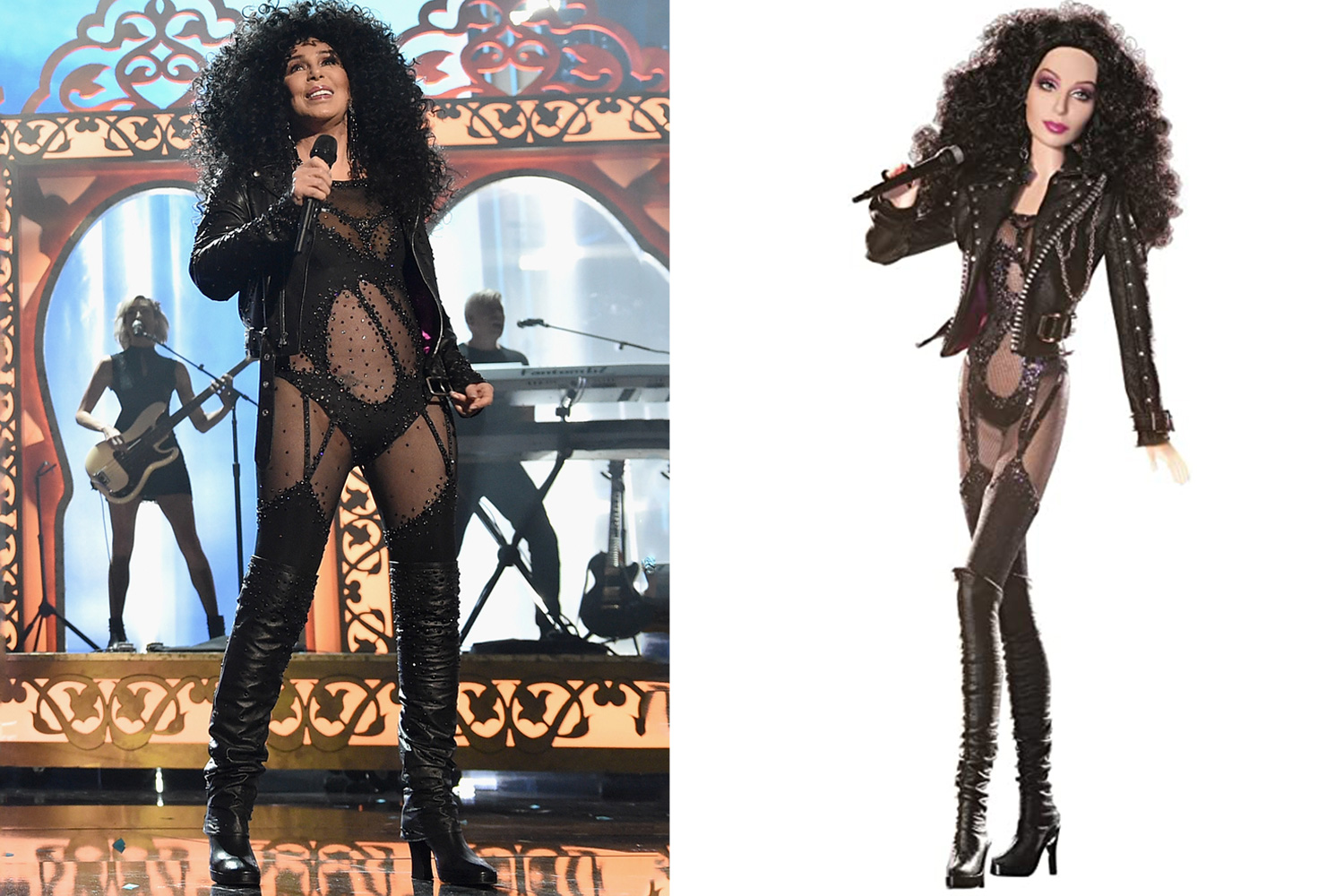 Cher – unmistakable in flesh or plastic

CHER’S fishnet body stocking outfit for the video of Turn Back Time in 1989, including over-the-knee boots and leather jacket, was so controversial that many TV networks refused to show it. But that didn’t stop Barbie immortalising her look.