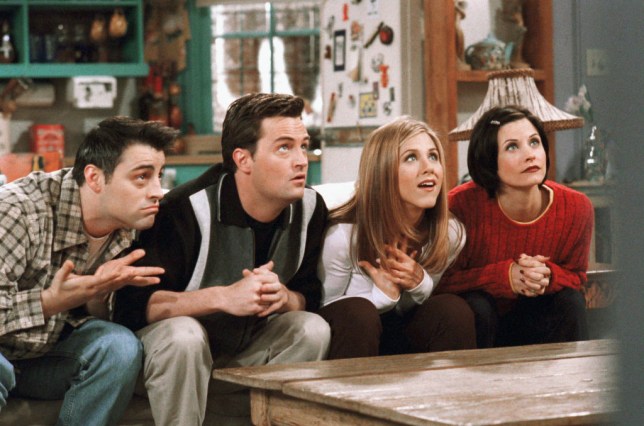 Our Friends will be getting together next spring (Picture: Getty Images)

Matthew Perry has delivered the news we’ve all been waiting for – the Friends reunion special finally has a new date.

The actor, who plays Chandler Bing in the hit sitcom, tweeted that the anticipated special is set to record in March reuniting his co-stars Jennifer Aniston, Courteney Cox, David Schwimmer, Lisa Kudrow and Matt LeBlanc for the first time on-screen in years.

‘Friends reunion being rescheduled for the beginning of March. Looks like we have a busy year coming up. And that’s the way I like it!’ Matthew told his followers.

The HBO Max special was announced earlier this year but was delayed just weeks later due to the coronavirus pandemic meaning the Central Perk gang weren’t able to film.

In June, Friends co-creator Martha Kauffman revealed the cast and crew are hopeful the special could be recorded in August as restrictions eased in the US.

She told The Wrap: ‘We are hoping to be able to shoot in August if all is well and there is no early second wave and the studio is open.

Friends reunion being rescheduled for the beginning of March. Looks like we have a busy year coming up. And that’s the way I like it!

‘If everything is in place and we understand all the protocols and we can still make a good show, we’ll be shooting it some time, mid-to-late August.’

Lisa, who plays kooky Phoebe Buffay, previously promised fans that the reunion will be worth the wait.

David, best known as Professor Ross Gellar, also teased what fans can expect from the special and told Entertainment Tonight: ‘There has always been a hope that a component of that reunion show will have a live audience, which makes the whole thing really tricky.

‘We are obviously not going to risk anyone’s health by doing this.’