Friends fans, brace yourselves… It’s been revealed that Ross Gellar and Rachel Greene were almost killed off in Matt LeBlanc spin-off Joey.

Joey, which opened to mixed reviews, aired from 2004 to 2006, and now the show’s writer Matt Hubbard has said that the well-loved characters nearly met a sticky end on the programme.

The writer revealed that the idea was floated after the show was cancelled by NBC.

He wrote on Twitter: ‘NBC cancelled Joey but we had to make the last 8 episodes, knowing they were never going to air in America.

Safe to say, we’re glad they didn’t go with the idea.

NBC cancelled Joey but we had to make the last 8 episodes, knowing they were never going to air in America. Multiple times during the writing of these episodes I suggested we have Joey casually mention his old friends Ross and Rachel had died, should we have done this y/n.

Actor Matt reprised his role as Joey Tribbiani in Joey over the course of 46 episodes, eight of which weren’t broadcast in the US.

Thankfully, Ross and Rachel were kept alive in the Friends universe and writer Matt didn’t get his way.

It comes after Friends fans were treated to an emotional reunion earlier this year – and while the special episode went smoothly in front of the cameras, behind the scenes it wasn’t all peachy for Jennifer Aniston and the rest of the cast. 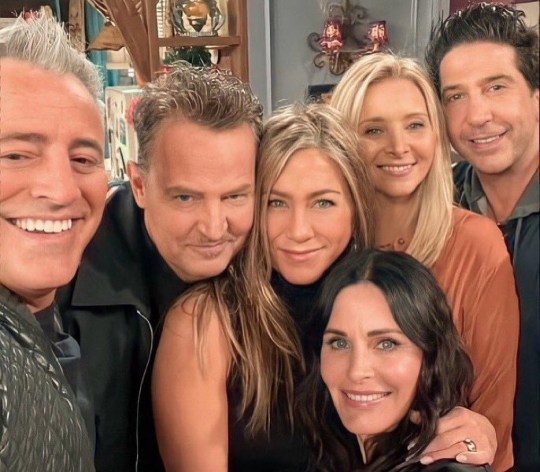 Alongside Matt, Matthew Perry, Courteney Cox, David Schwimmer and Lisa Kudrow, Jennifer appeared in a one-off celebration of the sitcom for HBO Max.

The star previously opened up about how walking back on the set of the iconic series with her former colleagues brought back both good and bad memories of the start of her career, calling it ‘a sucker punch to the heart’.

In a chat with the New York Times, Jennifer recounted how both herself and her co-stars ‘had such blissful ignorance going into the reunion’.

The Friends Reunion is available to stream on NOW.