Matt LeBlanc was a hit with fans during Friends: The Reunion (Picture: Warner Bros/Instagram)

Friends fans are finding yet another reason to love Matt LeBlanc – who played the beloved Joey Tribbiani on the hit show – after he soaked up all of the applause during the reunion special.

Matt, who reunited with his former co-stars almost 20 years after the end of the beloved comedy series, has already been at the centre of a variety of memes, as he’s inexplicably reminded everyone of their Irish dads and uncles.

Now fans are loving him all over again thanks to a video on TikTok video shared by @paperpeper.

The clip shows him at the end of the reunion appearing fairly satisfied with himself, while the audiences applause and his former costars clap in response to the show ending.

It’s fair to say that it looks like Matt is basking in the praise of the fans, and who can really blame him.

‘Witnessing the appreciation for the creation of one of the most iconic shows ever made. He has every right to be proud of what he’s a part of,’ one fan commented on the clip. 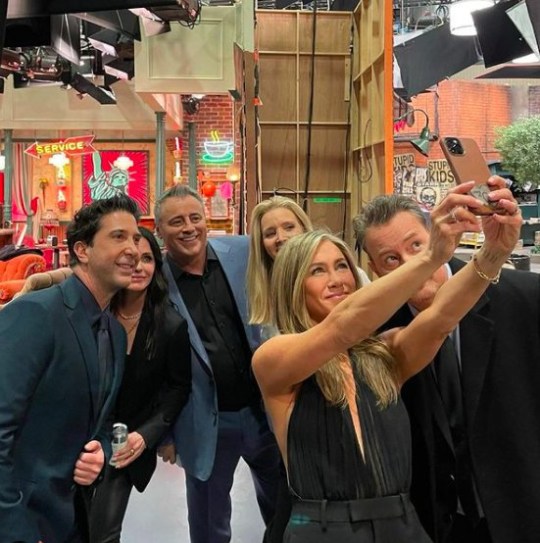 Many viewers were also quick to point out that this behaviour is very similar to the personality of the character he played.

‘I think he’s just taking it in but such a Joey moment,’ one person commented.

‘The Joey we all know and love,’ said another.

Another added: ‘Still in his character!’

Fans were emotional as they saw the six catch up years after the NBC comedy ended in 2004.

The 90-minute special saw the cast reminiscing on some of their favourite moments (including Matt’s epic outtakes) and even spilling some massive set secrets, like Jennifer and David’s real-life romance.

Friends: The Reunion is available to stream on NOW.