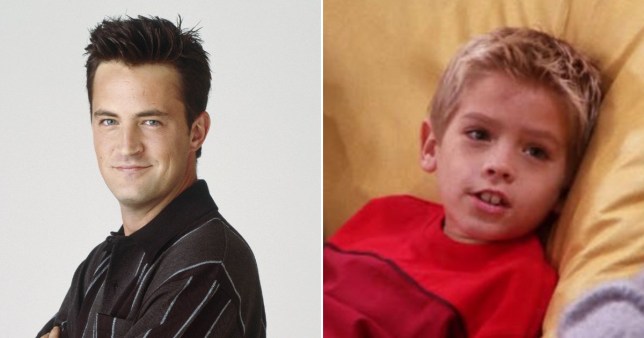 A Friends fan has spotted a storyline centred around Matthew Perry’s Chandler Bing that could take on a whole new meaning for Cole Sprouse, his co-star in the sitcom.

In the early 2000s, Cole, 28, began starring in Friends as Ben, the son and first child of Ross Geller (David Schwimmer).

The actor has since gone on to enjoy an illustrious acting career, starring alongside his twin brother Dylan Sprouse in the Disney Channel’s The Suite Life of Zack and Cody and from 2017 portraying Jughead Jones in teen drama Riverdale.

A Reddit user who goes by the handle r/howyoudoin recently spotted an intriguing link between Chandler and Cole’s part in Riverdale.

Sharing side-by-side pictures of Cole in Friends and in his older years, the Friends fan said: ‘Ok so this is kinda far fetched but I just noticed a funny connection: Ben is played by Cole Sprouse, who later plays Jughead in Riverdale which is based on Archie Comics, which Chandler writes a story for in The One That Could Have Been :).’

In The One That Could Have Been Part One, the 15th episode in the sixth season of Friends, viewers see how the ensembles’ lives may have looked if they had gone down different paths in a variety of ‘what if’ scenarios. 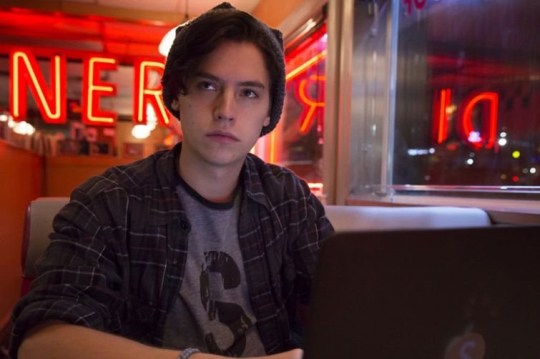 Cole’s Jughead is based on the character from the Archie Comics (Picture: The CW)

In this alternate reality, Chandler is a struggling writer who, after initially being rejected by Archie Comics, finally manages to have one of his stories published by the company.

Funnily enough, The CW’s Riverdale is based on characters from Archie Comics.

So there is a slight possibility – ever so slight – that in some parallel universe, Chandler could have penned a story featuring Cole’s character Jughead.

This is an extremely unlikely scenario, but hey – we’ll take it.

During an appearance in January this year on The Drew Barrymore Show, Cole admitted that he would sometimes struggle to act alongside Jennifer Aniston on Friends as he had a crush on his scene partner.

This resulted in him being ‘teased’ by members of the crew, he recalled.

‘I was a child. I would stammer a lot, and I would forget my lines,’ he said.

‘I feel like I’d maintain my composure a bit more effectively now, but it was quite difficult when I was a kid.’

He continued: ‘I was teased a little bit by the crew, because they saw it. I would just forget, and be looking at her.’

Friends is available to watch on Netflix.