HAVING just turned 40, Frank Turner has unleashed what he calls his “most aggressive solo record by some distance”.

On several tracks, he summons the holler first heard during his early years with full-throttle punks Million Dead.

The cathartic nature of both Frank Turner’s music and his lyrics makes for one of the year’s most powerful statementsCredit: Ben Morse 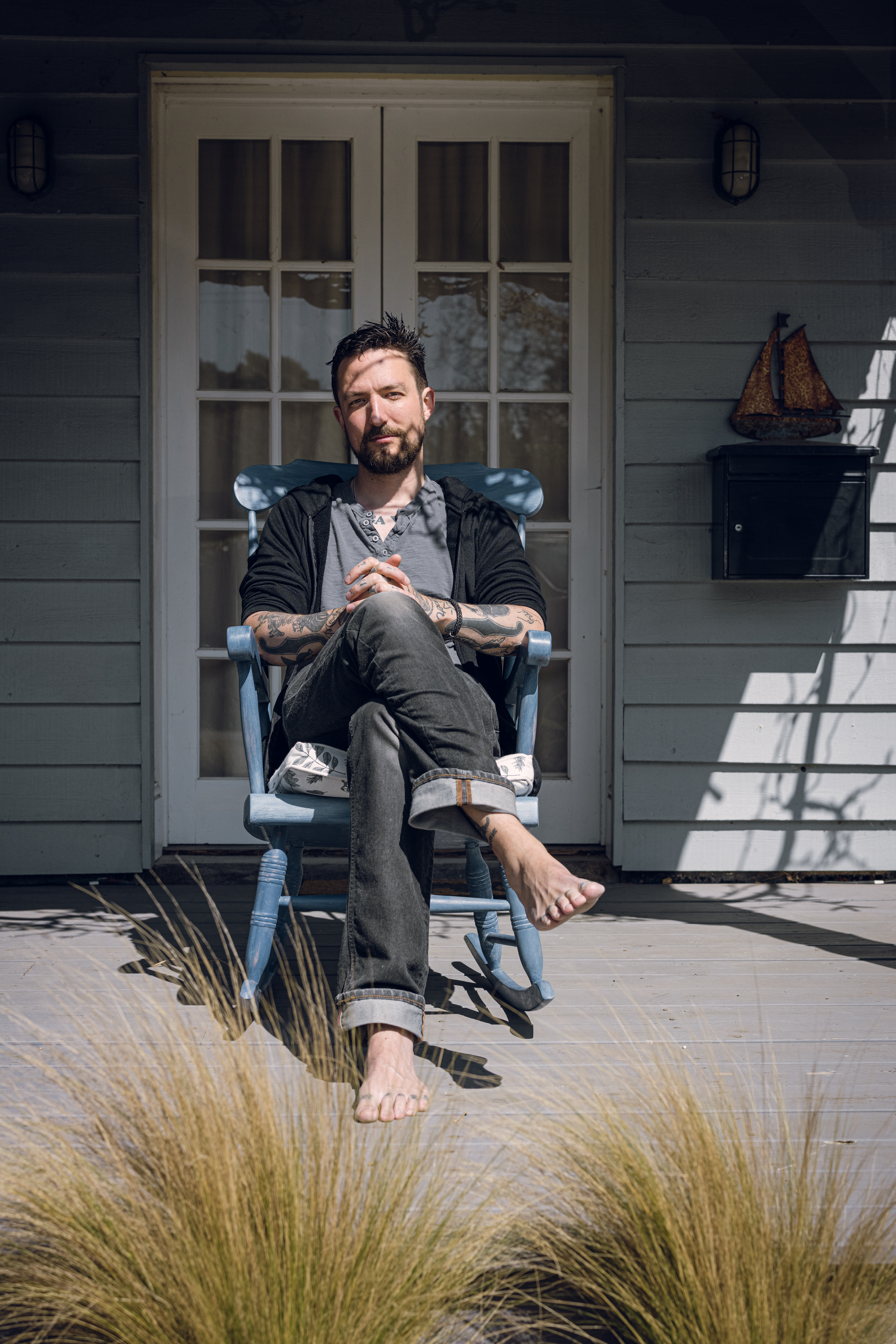 Turner is his usual forthright self when we talk about the three heavily linked songs that represent the emotional core of FTHC: Haven’t Been Doing So Well, Fatherless and MirandaCredit: Ben Morse 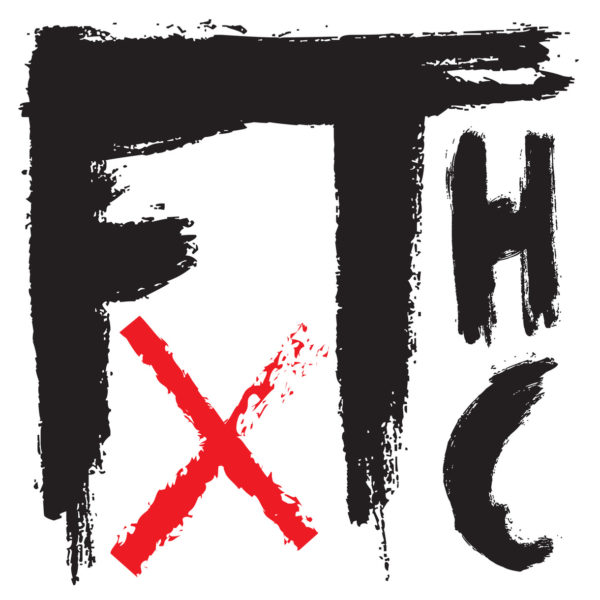 FTHC, which stands for Frank Turner Hardcore, is also his most personal albumCredit: Not known, clear with picture desk

Yet FTHC, which stands for Frank Turner Hardcore, is also his most personal album.

It explores his battles with anxiety, his brutal boarding school days and estrangement followed by reconciliation with his transgender father.

Twenty years into his career, he has found the strength to bring these subjects bubbling to the surface and address them with unflinching honesty.

The cathartic nature of both his music and his lyrics makes for one of the year’s most powerful statements.

And thanks to Turner’s unerring knack for hooks, it is also an exhilarating listen.

The album ends with a love letter to London, the city he left to begin a new life on the Essex coast with long-term partner Jess Guise, the musician and actress he married in 2019.

Turner is his usual forthright self when we talk about the three heavily linked songs that represent the emotional core of FTHC: Haven’t Been Doing So Well, Fatherless and Miranda.

For the first of these, he spits out the lines: “I’ve been messed up, stressed out, talking to myself again/Locked up, left out, terrified of everything.”

Later, he reflects on how therapy sessions have helped him understand what has been going on in his head: “I got a brand new name for an old, old friend/The doctor said it’s anxiety.”

Turner tells me: “It was huge for me to put a name to a feeling that I’ve had for most of my life.”

At the same time, the older and wiser singer has managed to draw a line under the excesses of his wild past.

“In the process of putting it in my rear-view mirror, I have realised that substance abuse was more a symptom than a cause (of anxiety),” he says.

Turner can trace his struggles back to his prep school years, followed by his time at Eton where he was a contemporary of Prince William.

On Fatherless, he presents “a tale I’ve not yet told” of being shipped off to a dormitory aged eight and crying himself to sleep.

“My education is an albatross around my neck and always has been,” he affirms. “I’ve gone out of my way not to speak about it in public for my entire career.”

Talking about school when you’re in your forties is f***ing lame and I don’t want it to define me. However, I noticed over the years that people discussed it as if I’d had a great time.

However, with the new song out there, he is finally prepared to open up.

Turner stresses: “Talking about school when you’re in your forties is f***ing lame and I don’t want it to define me. However, I noticed over the years that people discussed it as if I’d had a great time.

“Of course we can talk about privilege but if we could just get one thing straight, I did not enjoy it. It was deeply traumatic for me.

“And as it happens, I’m fully opposed to private education from a political point of view.”

Turner can also trace persistent feelings of unease back to difficulties with his father.

“I have found myself kicking over coffee tables because of TV adverts selling butter featuring a soft-focus, soppy father-son relationship.”

Contact between them was still non-existent when, in 2015, Turner’s dad completed his male-to-female transition.

She is the subject of Miranda, a song highlighting a distinct thaw in relations and acceptance of each other.

Turner confesses he was surprised when he first heard about her life-changing decision.

Of course, my dad and I still have our issues. It’s a parent-child thing and, indeed, there’s been a lot of murky water under the bridge

“I didn’t have any inkling of it but I doubt I would have been the person to know about it ahead of time anyway,” he says.

“Things were bad and they weren’t getting any better. In fact, they’d reached a point which was frozen at rock bottom.

“But from where I was standing, dad had provided an opportunity for us to break a vicious cycle.”

And so began Turner and Miranda’s fresh start. “Right from the word go, we found a different way to move forward,” he says.

“Of course, my dad and I still have our issues. It’s a parent-child thing and, indeed, there’s been a lot of murky water under the bridge.

“Now we are talking about them. We hang out and she comes to stay at my house.

These are new developments in my life and they can’t be anything but positive.

“She came to a show in Bournemouth a few years ago and had a good time. She enjoyed being the life and soul of the afterparty, which was kind of crazy for me but cool.”

If Turner understands his father better, the same can be said about Miranda with regards to her son.

He says: “When I was a kid, I created my own life and now she’s had the opportunity to do something similar. That gives us something in common.

“Punk rock is about choosing who you want to be but that was never my dad’s experience.

“She was brought up in a very traditionalist family and I suspect there was even some jealousy on her part.”

The title comes from the Latin for “I will not serve”, the perfect mantra for this singer who blends rock’n’roll with folk music and punk attitude.

With the big 4-0 arriving last December, he says: “Getting older generally sucks but one of the consolations is that you’re more secure in who you are as an individual.

“At this point in my life, I’m too f***ing old to be dictated to by strangers on the internet.”

Turner adds: “As an artist, I have a responsibility to be true to myself and true to my vision. “We live in a culture of digitised mob politics. Just because it’s expressed in 140 characters these days, doesn’t make it any less bulls**t.”

Hearing is believing Non Serviam and Turner remembers thinking his initial riff belonged in the file marked “side project”.

Being in 200-capacity rooms full of sweat and duct tape and piss . . . that was my natural environment.

“Nobody talks about ‘the difficult ninth album’ so I also had the freedom that comes from surviving for this long. I’m still standing and, I like to think, still making worthwhile statements.”

Turner admits having to stretch his vocal cords a bit more for FTHC than when he had the devil-may-care exuberance of youth.

“Part of me wanted to make it clear that getting older didn’t mean slowing down,” he says.

As with so many musicians, Turner’s life was upended by Covid, the lack of live shows hitting the self-confessed gig-aholic particularly hard.

The Gathering is his defiant anthem for being back on stage.

“It’s the closest thing to a lockdown song on the record,” he says.

Wary of it becoming a “tedious” subject, he points out “it would be ridiculous for the pandemic not to feature because we’re all living through it”.

Turner describes his new song as a “forward-looking” celebration of the comm-union between performer and audience.

He used to take it for granted and says: “Being in 200-capacity rooms full of sweat and duct tape and piss . . . that was my natural environment.

“Now I can’t avoid quoting Joni Mitchell when I say, ‘You don’t know what you’ve got ’til it’s gone’.”

It’s worth noting here that Turner spent much of the early pandemic supporting independent grassroots music venues through live-streams from home, raising more than £260,000.

Next we discuss another of FTHC’s defining songs, A Wave Across A Bay.
It is about the loss of a much-loved friend, Scott Hutchison, the Frightened Rabbit singer who took his own life in 2018.

“Scott was a good friend. There aren’t many people who do exactly what I do for a living and we had such a wonderful conn-ection,” says Turner.

“We used to have long phone conversations into the night, comparing notes about record labels or whatever.

I had quite a lucid dream about Scott shortly after his death with him showing me a couple of chords, a melody and a couple of words.

“Obviously I knew Scott had struggles with his mental health and I was heartbroken when he died.

“He made a decision which I wish he hadn’t but it wasn’t a mistake. He knew what he was doing and part of me wants to accept and respect that.”

Explaining the song itself, which has a deliberate Frightened Rabbit vibe,

Turner says: “I had quite a lucid dream about Scott shortly after his death with him showing me a couple of chords, a melody and a couple of words.”

He turned the dream into the song, which was “a little spooky” and something his much-missed pal “would have found weird”.

“It’s a lament, it’s about suicide but also hopefully a celebration of my friend.

“I wanted to wave him out of my life with joy in my heart rather than resentment.”

The last song Turner and I take a close look at is the FTHC finale, Farewell To My City, which celebrates the “7,300 days” he spent living in London.

He says: “I was a diehard Londoner. I told everybody I knew that I would never leave, including my wife who just said, ‘Oh for f***’s sake!’

“But things changed. Partly it was getting older, partly the lockdown.

When I look at the sea, it does weird and positive things to my mental health.

The song mentions how the 18-year-old Turner vowed to stay put in the capital. “But the 18-year-old me was an idiot! Don’t listen to that guy, he’s a moron and, at the very least, a product of his time and place.

“I know who I am these days. I don’t need to stay awake ’til dawn at a Camden lock-in.

“My God, I did my fair share of that, arguably considerably more. Now I want to just remember my past with affection rather than clawing to keep it.”

In 2022, Turner is enjoying life in coastal Essex, not so far away from his old London haunts. “I can see the sea from my bedroom window,” he says.

“When my wife and I were looking for houses, my main criteria was to live by the sea, not five minutes away but right f****ing there!

“I can make a cup of coffee in my kitchen and have it on the beach.

“When I look at the sea, it does weird and positive things to my mental health.

“My shoulders drop by three inches and I feel more at peace.”

At 40, it’s clear that Frank Turner has finally found his feet . . . and he’s made an album to prove it.