New BBC drama Four Lives tells the story of Stephen Port’s victims, a killer who drugged and raped four men before dumping their bodies near his home in Barking, east London.

He was known as the Grindr Killer since he used the gay hookup app to target young men, and is portrayed by Stephen Merchant in the series.

The show was written by Neil McKay and produced by Jeff Pope and based on extensive research from the families of the murderer’s victims – Anthony Walgate, Gabriel Kovari, Daniel Whitworth, and Jack Taylor.

The relatives had to fight to uncover the truth about what happened to their loved ones.

One key figure in the story is Sarah Slak, who is played by Sheridan Smith.

Sarah is one of the leading characters in the TV adaptation of the harrowing events, and Sheridan has been praised for her true-to-life performance. 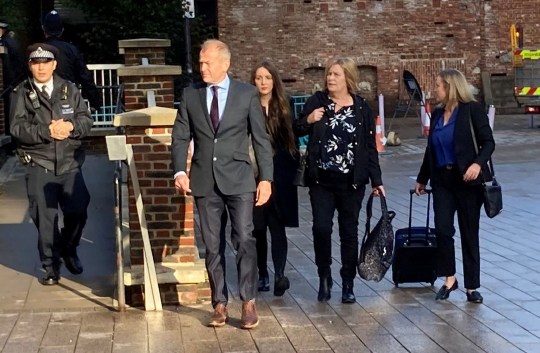 This photo shows Sarah arriving at Barking Town Hall, London, for the long-awaited inquests into the deaths of the victims of Stephen Port in October 2021 (Picture: PA)

Who is Sarah Sak?

Sarah is the mother of Anthony Walgate.

Anthony was killed on June 19 2014, making him the killer’s first victim.

He was spiked with a fatal overdose of the date-rape drug GHB and raped before his body was discarded in the street and the killer tipped off the police anonymously, claiming to have spotted the body while driving down the street.

Anthony was a fashion student from Hull who was 23-years-old at the time of his death.

He made contact with the killer two days before he died and went over to his flat, where the tragedy occured. 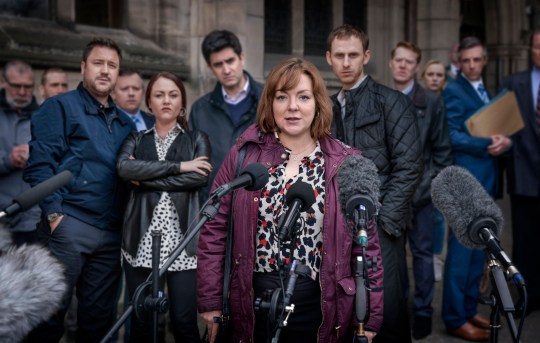 Sheridan has been praised for her performance of the grieving mother (Picture: BBC/ITV Studios/Ben Blackall/Matt Burlem)

Mother Sarah has previously spoken out about her son’s inquest, branding it ‘a travesty.’

She criticised the Metropolitan Police for missing crucial evidence and acting with an attitude of indifference towards Anthony’s death.

The grief-stricken mother begged police to investigate further after refusing to believe her son died from an overdose, as the killer suggested.

At first, police officers failed to connect the dots between the four men, despite their similarities. 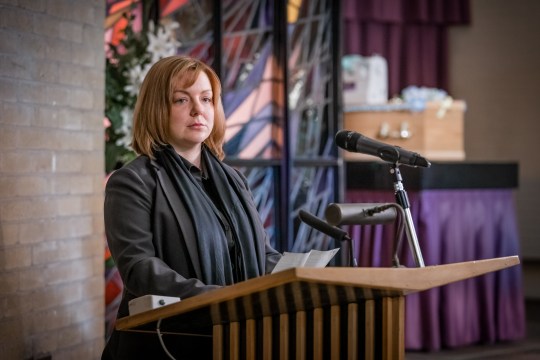 All four victims were gay, in their early 20s and died of suspected overdoses while their mobile phones went missing.

Following the killer’s conviction, the Independent Police Complaints Commission opened an investigation into whether 17 police officers should face disciplinary action.

Sarah and the families of the other three victims have opened their own civil claim against the Met Police to express their disappointment and dissatisfaction with the officers who handled the case and left them with a feeling of injustice. 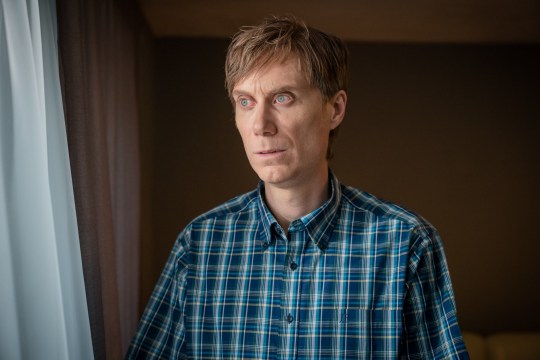 The real-life Sarah was very pleased with the casting of Sheridan in her role, and even told show makers that she wanted the actress to take on the part.

Sarah said: ‘I told series writer Neil McKay he had to find a gobby northern bird to play me, someone like Sheridan Smith or Sarah Lancashire. I couldn’t believe it when he said Sheridan had agreed.

‘Sheridan has done a brilliant job. I think she is the perfect person to play me.’

The um admits it felt odd watching someone play her on TV, but is relieved her character is true to life and plated by a fellow northern lass.

‘Watching someone play me on screen is very, very strange. That is particularly the case when the dialogue is sometimes word for word the things you have said.’

She added that ‘the actor playing Anthony really brought him to life’ and, while it was difficult to watch, it was also ‘uplifting.’

Four Lives continues at 9pm on BBC One and iPlayer.