Dave Grohl continues to ascend to God-tier greatness after he surprised a Los Angeles crowd with a stealth performance this week.

The Foo Fighters frontman – who will head to the UK next month to perform as part of a tribute concert dedicated to Taylor Hawkins – took to the stage on Tuesday night at an intimate charity gig helmed by Judd Apatow.

A bunch of famous faces fronted up, including Beck and Sarah Silverman, with Grohl joining his Tenacious D comrades, Jack Black and Kyle Gass, when he performed Seals & Croft’s Summer Breeze alongside Greg Kurstin and actor John C. Reilly.

Who knew we needed this super group in our lives!

The event at Largo raised money for Victims First and was only meant to feature Beck, but it seemed someone put out a trap and captured some of the biggest stars and musicians on stage.

Grohl may be known for his way around a drum kit or guitar, but this week he merely sidled up to the microphone for a quick burst of vocals as a backing to the guitar, before adding a little clapping for good measure.

Grohl’s impromptu performance – which had the crowd going wild, just weeks after his surprise Glastonbury cameo – comes ahead of the anticipated tribute concert for late Foos drummer Hawkins, who died earlier this year aged 50.

Blink-182 drummer Travis Barker, Martin Chambers of The Pretenders, pop star Kesha, Metallica drummer Lars Ulrich, The Darkness frontman Justin Hawkins, and Luke Spiller of The Struts will come together on Saturday, September 3 for the gig at Wembley. 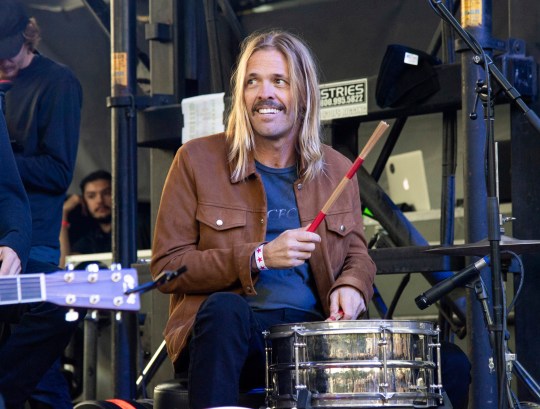 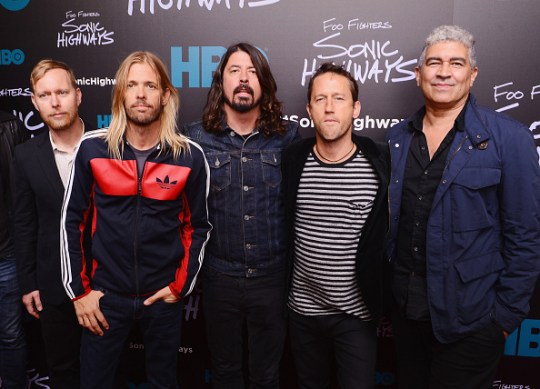 Foos will be joined by a host of musicians and stars for the tribute concert at Wembley (Picture: Stephen Lovekin/Getty Images)

They join a bill that already includes acts such as Liam Gallagher, Brian May of Queen, and stand-up Dave Chappelle, and organisers also confirmed the event will be streamed live worldwide on Paramount+.

Bob Bakish, president and CEO of Paramount, said in a statement: ‘Music is a powerful connector, and we are honored to commemorate Taylor Hawkins’s enduring legacy by bringing together Paramount’s portfolio of brands and assets to build even deeper connections with his global fan base.’

Bruce Gillmer, president of music, music talent, programming & events, Paramount and chief content officer, and music at Paramount+, added a tribute to Taylor, saying he was an incredible musician, drummer, and superfan of music.

‘His infectious energy and unique talent will continue to live on through his vast body of work,’ he added.

The show will be followed by another tribute concert on September 27 at the Kia Forum in Los Angeles, with performances from Chad Smith from the Red Hot Chili Peppers, Miley Cyrus, and Alanis Morissette, who Hawkins toured with before joining the Foo Fighters in 1997.

The gig proceeds will go towards charities to be announced at a later date, according to the band.

Hawkins died in March at the age of 50 in his hotel room while touring with the band In Bogota, Colombia.

An official cause of death is still pending, but a preliminary toxicology report showed traces of 10 substances in his body, including opioids.