The fourth and final film in the Jackass franchise now has an official title and a set of typically wild teaser shots.

“Celebrating the joy of being back together with your best friends and a perfectly executed shot to the dingdong, the original Jackass crew return for another round of hilarious, wildly absurd, and often dangerous displays of comedy with a little help from some exciting new cast,” a press statement accompanying the announcement read.

Jackass Forever opens in cinemas October 22, with the first official trailer due next week. In the meantime, check out some of the brand new stills from the film below. 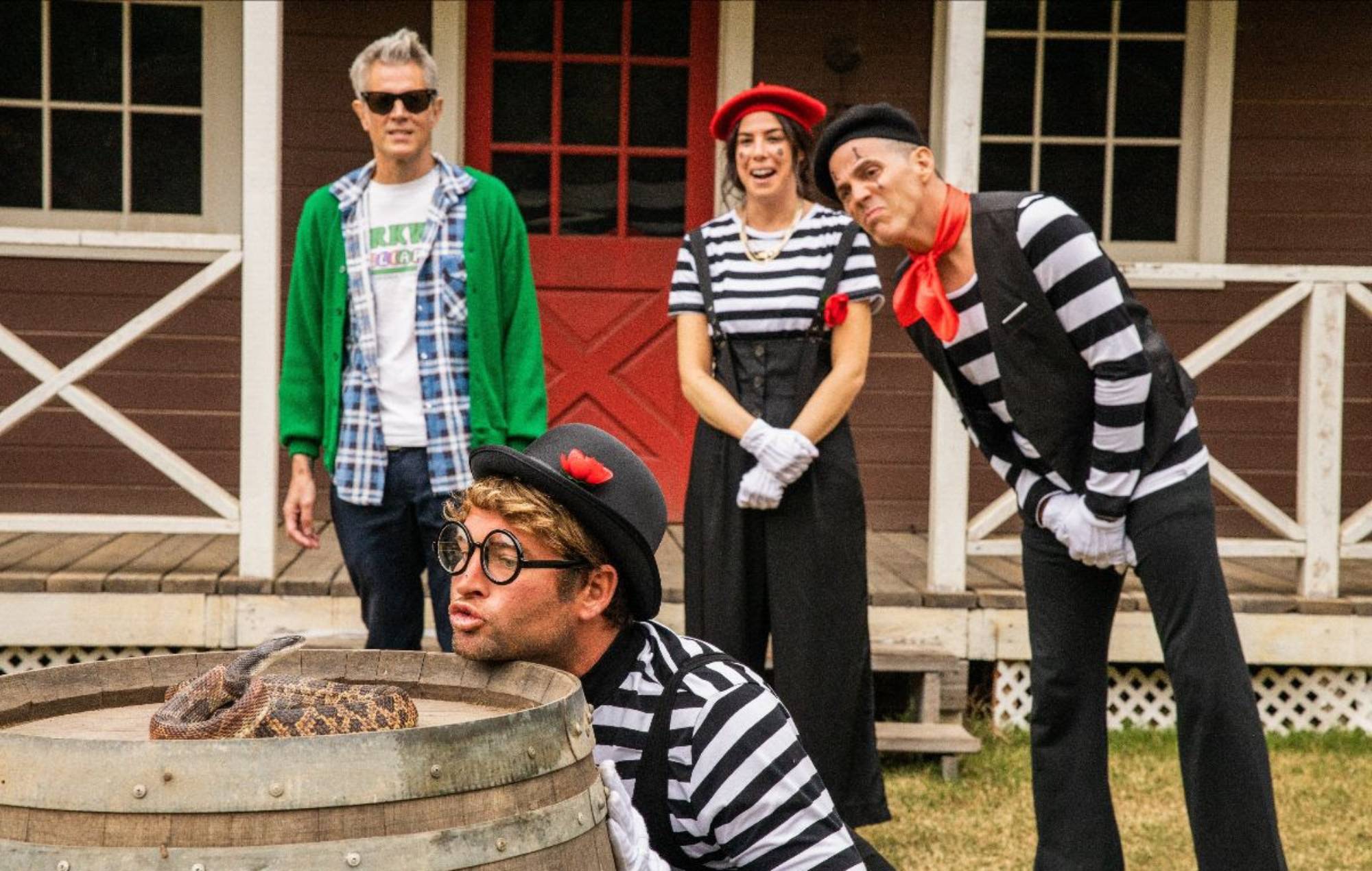 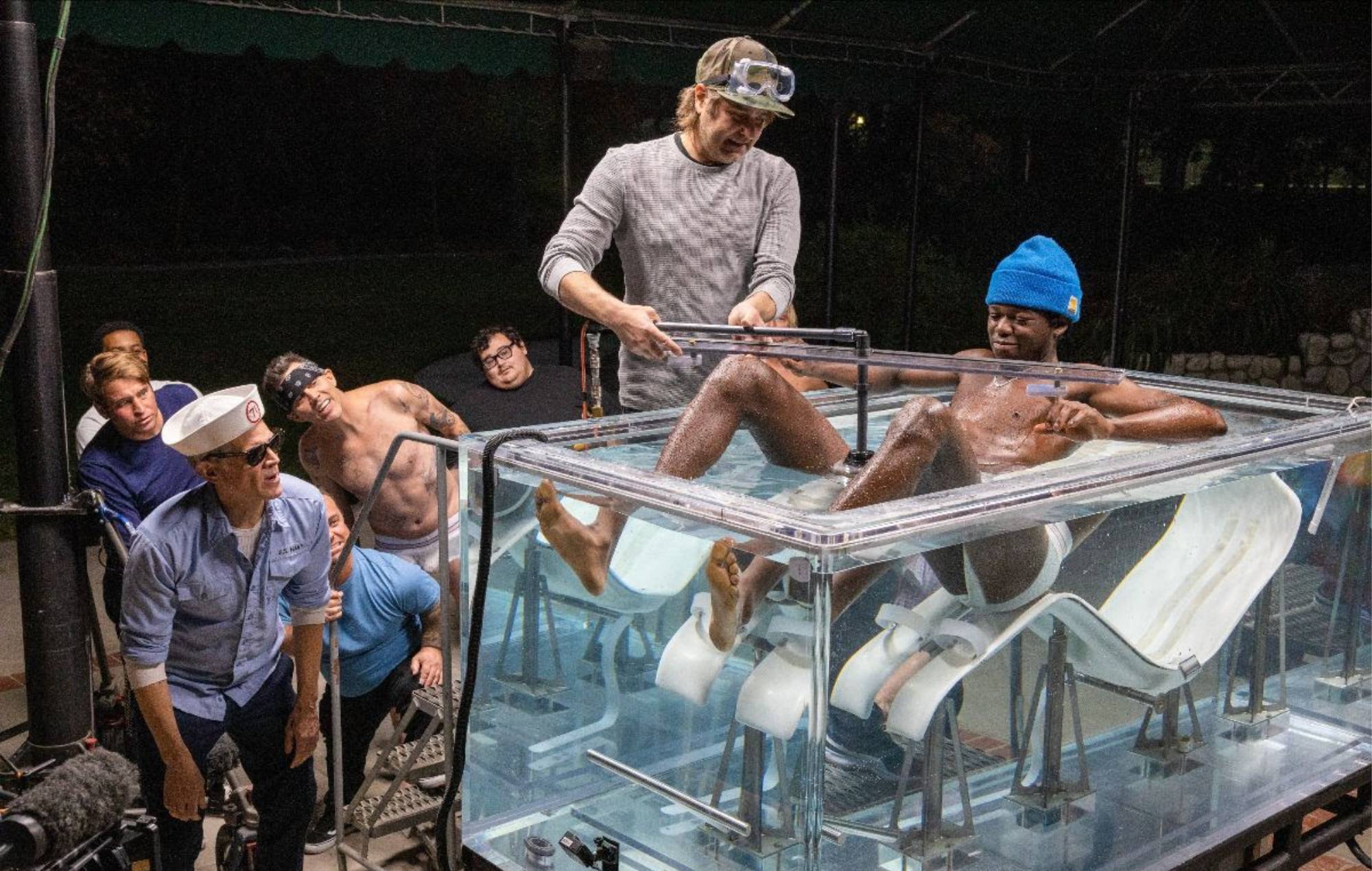 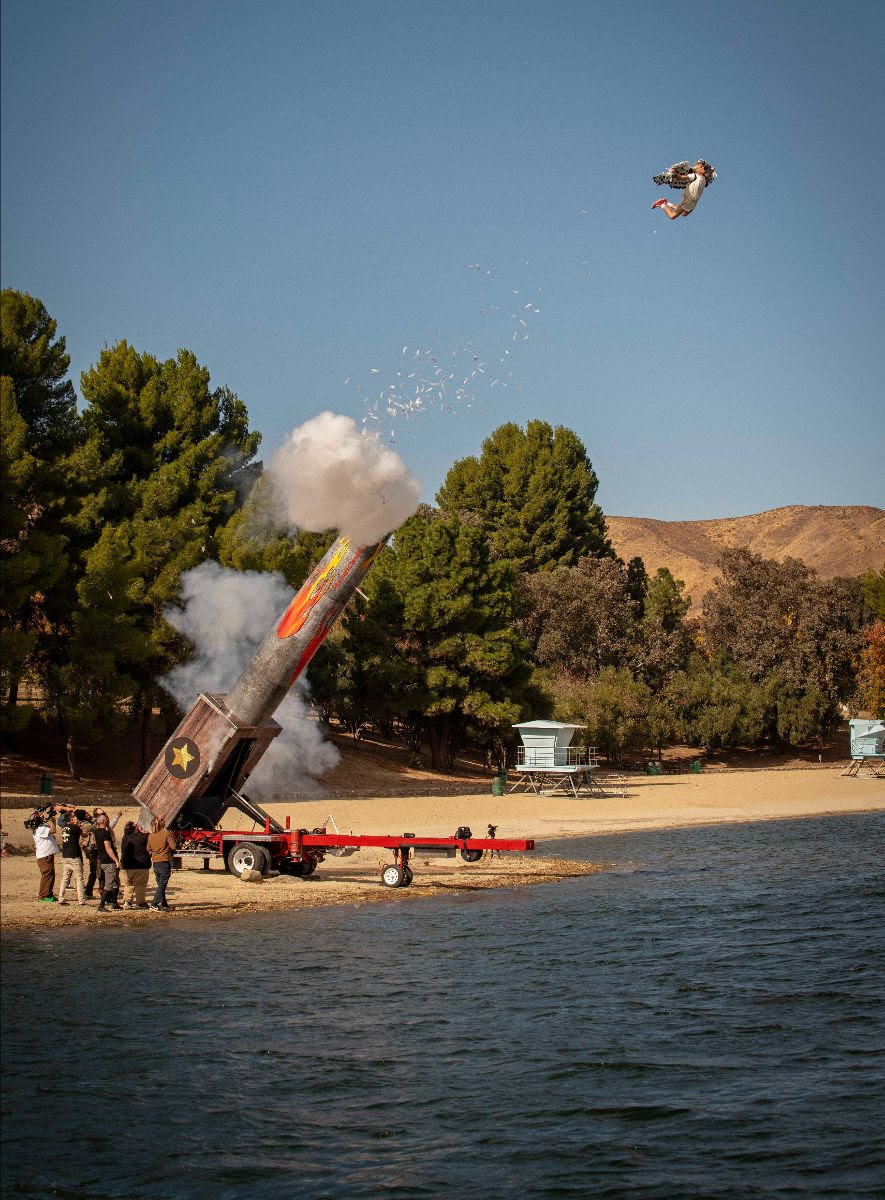 On Monday (July 12), a Jackass stunt for Discovery’s Shark Week ended badly after Sean McInerney (aka Poopies) had his hand bitten by one of the creatures.

The Jackass Shark Week Special saw the group attempt a dangerous stunt as they literally tried to “jump the shark”, with McInerney wakeboarding over infested waters.

However, when he went over a ramp, the stuntman didn’t quite stick the landing and tumbled right into the water, subsequently getting bitten on the hand by the sharks.

Help immediately came as McInerney was lifted onto a boat, with Steve-O asking: “This was only one bite in one spot? And he’s not missing anything?”