The trailer for Venom: Let There Be Carnage has just dropped, and fans are already crawling all over it for signs for crossover clues with the Marvel Cinematic Universe.

The sequel to 2018’s surprise box office hit Venom, it is a Columbia Pictures/Marvel release and part of the Sony Pictures Universe of Marvel Characters, rather than Disney’s sprawling MCU – but that hasn’t stopped fans hoping for a potential collaboration.

Directed by Andy Serkis, Tom Hardy returns in the dual role of investigative journalist Eddie Brock and his symbiote Venom, now living together in relative – if messy – harmony.

In the trailer, singing along to Gershwin classic Let’s Call the Whole Thing Off, Venom is shown treating Eddie to a rather slap-dash slap-up breakfast, leaning more into the humour of the Jekyll and Hyde situation they share. 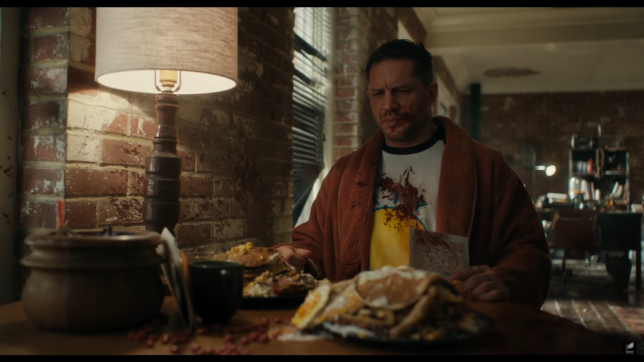 Meanwhile, to the gentle tones of Three Dog Night’s One, we’re then re-introduced to Woody Harrelson’s serial killer Cletus Kasady, first glimpsed in a mid-credits scene at the end of Venom.

Cletus addresses Eddie directly, telling him that he’s been thinking about him a lot ‘because you and I are the same’ as we see his transformation into Carnage during his intended prison execution. 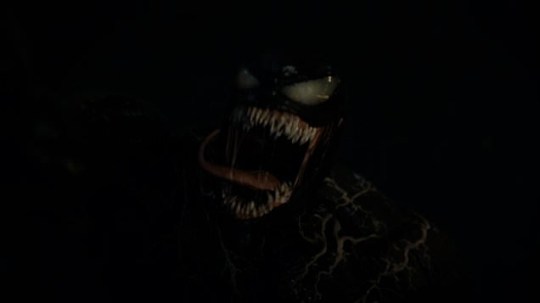 Venom is back – and this time he faces chaos (and Carnage)
(Picture: Sony Pictures Entertainment/YouTube)

Alongside the great promise Woody shows as Cletus/Carnage, fans are most excited by a glimpse of a newspaper during the trailer, held by actor Stephen Graham as Detective Mulligan, an investigator on the Kasady case.

Eagle-eyed fans not only caught that Mulligan is reading the Daily Bugle, famously the newspaper at which Peter Parker works at as a photographer in Spider-Man, but the most observant among them also caught a partial headline that suggests an Avengers story within its pages.

Many fans will hope this easter egg confirms a crossover being set up, with Venom welcomed into the wider MCU alongside Spider-Man, following the multi-year ‘content licensing agreement’ that Disney and Sony Pictures signed just last month.

The deal is set to allow Sony’s new releases from 2022 to 2026 on to Disney-owned platforms, alongside many of its older films, following a window including theatrical and home video runs and a stint on Netflix.

Venom is due to be released in cinemas on September 24 2021.