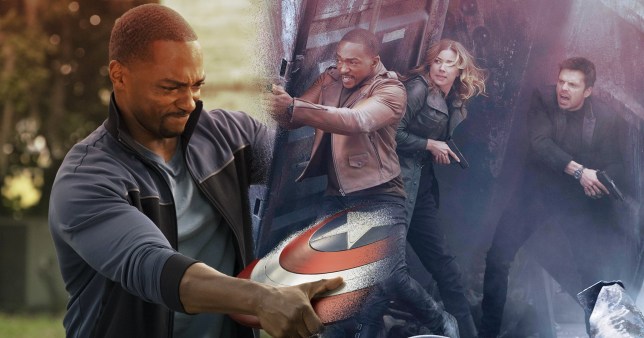 There’s so much to unravel in Falcon and Winter Soldier (Picture: Marvel Studios/Disney)

Warning: spoilers ahead for The Falcon and The Winter Soldier.

Part of the joy of watching Marvel films and TV shows is dissecting all of the strategically placed Easter Eggs spotted by eagle-eyed fans… with the same, of course, going for new Disney Plus series The Falcon and The Winter Soldier.

While ‘new’ Captain America John Walker (Wyatt Russell) may rub viewers up the wrong way, analysing every subtle clue featured in the six-part show does the opposite for MCU aficionados.

The journey that James ‘Bucky’ Barnes (Sebastian Stan) and Sam Wilson (Anthony Mackie) are embarking on has only just begun, with the pair taking a huge gamble by banking on the help of ruthless villain Baron Helmut Zemo (Daniel Brühl) on a trip to the fictional island of Madripoor.

Could the Easter Eggs scattered in the superhero series hint at where their adventure is heading?

Falcon and The Winter Soldier episode 1

In the opening scenes of The Falcon and The Winter Soldier, Sam is seen handing over Captain America’s shield to the Smithsonian Museum in Washington DC, having been given the vibranium weapon by an elderly Steve Rogers (Chris Evans) in Avengers: Endgame. 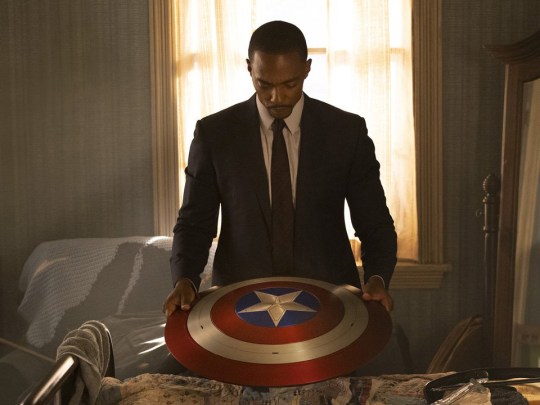 Sam doesn’t feel he can take on the responsibility of Cap’s shield (Picture: Marvel Studios/Disney)

The fact that there is an exhibition dedicated to Captain America at the Smithsonian, which already existed before he went off the radar in his old age, nods back to a wisecrack made by Black Widow (Scarlett Johansson) in Captain America: Winter Soldier.

As Natasha Romanoff pulls up to the curb to pick Cap up en route to an assignment, she says to him and Sam: ‘Hey fellas. Either one of you know where the Smithsonian is? I’m here to pick up a fossil,’ in reference to the formerly-frozen Steve.

Having spent decades working as a lethal, brainwashed assassin known as the Winter Soldier, one can understand why Bucky would be haunted by the memories of the lives he took in his nightmares. 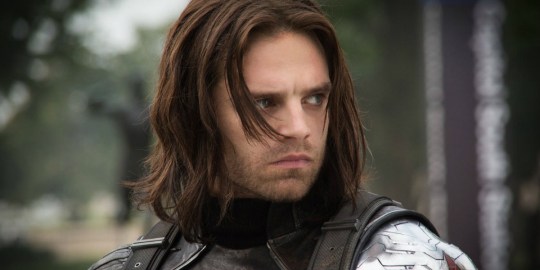 After watching a flashback sequence of the Winter Soldier carrying out one of his missions, the first shot of modern-day Bucky in the series shows him waking up abruptly, breathing heavily as he sits up from his sleeping position on the floor.

His lack of a mattress harped back to something Sam says to Steve when they first meet in Captain America: Winter Soldier about finding it difficult to sleep in a comfortable bed following his days in the military.

‘It’s your bed, right? Your bed, it’s too soft. When I was over there I would sleep on the ground, use rocks for pillows like cavemen. Now I’m home, lying in my bed and it’s like…’, Sam says, to which Steve replies: ‘Lying on a marshmallow. I feel like I’m going to sink right to the floor.’

Falcon and The Winter Soldier episode 2

The Falcon and The Winter Soldier has introduced viewers to several new, intriguing characters, one of the most significant being veteran super soldier Isaiah Bradley (Carl Lumbly), who Bucky met in South Korea in the 1950s.

But another major character who made his debut was Isaiah’s grandson, Eli Bradley (Elijah Richardson), who many fans of the comics will know goes on to become Patriot, a member of the Young Avengers. 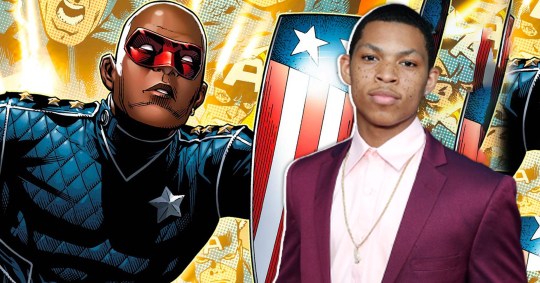 Considering the introduction of Billy (Julian Hilliard) and Tommy (Jett Klyne) in WandaVision also nodded to the Young Avengers, as will several other upcoming characters including Kate Bishop (Hailee Steinfeld) in the Hawkeye series, this is pointing one huge finger at the possibility of the Young Avengers joining the MCU.

Falcon and The Winter Soldier episode 3

It was finally confirmed in this episode that Bucky and Sam were heading to Madripoor, a fictional island in Southeast Asia where laws are scarce and pretty much everyone is a threat.

Madripoor is featured heavily in X-Men comics, prompting some to predict that the pair would come across some X-Men characters there, one of the most exciting guesses being Wolverine.

The Princess Bar, a neon sign for which appears in The Falcon and The Winter Soldier, is of particular significance for Wolverine, which will no doubt leave fans itching to know if the clawed mutant will show up in some form.

Several fans watching The Falcon and The Winter Soldier have noted how lost Bucky appears without Steve by his side, struggling to find his purpose now that his Winter Soldier days are behind him.

So many found themselves incredibly emotional when they found out that the notebook Bucky is using to make a list of the people he wants to make amends to is the very same notebook Captain America used to write down pop culture references he needed to catch up on following his time on the ice.

Some speculated that Steve gave Bucky the notebook so that his old pal could check out the pop culture references too, such as Star Wars and Marvin Gaye’s album Troubleman. What a friend.

In Captain America: Civil War, Sam and Bucky are forced to (sort of) play nice while both fighting on Cap’s side against Iron Man (Robert Downey Jr) and his squad of superhero allies.

At one point while in the same car, Bucky – sitting in the back – asks Sam – who is in the front – to move his seat up, with the Falcon maturely refusing to do so.

The roles are reversed in the third episode of The Falcon and The Winter Soldier when Bucky declines Sam’s request to do the exact same thing, with Zemo in the driver’s seat.

Will Sam and Bucky ever stop their bickering? We sure hope not.

The Falcon and The Winter Soldier is available to watch on Disney Plus with new episodes dropping on Fridays.