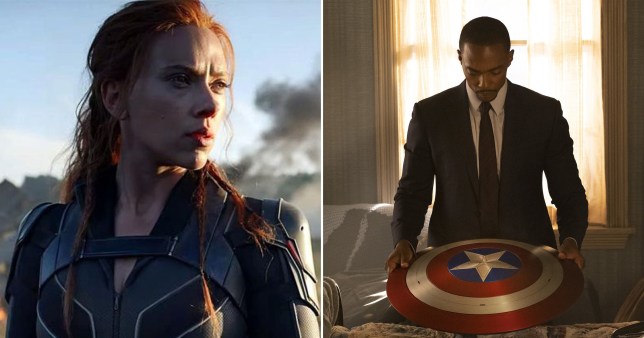 The Falcon and The Winter Soldier star Anthony Mackie has revealed he’s keen for his character Sam Wilson to share a love story with Scarlet Johansson’s Natasha Romanoff, aka Black Widow.

On Friday March 19, the latest TV series from the MCU (Marvel Cinematic Universe), The Falcon and The Winter Soldier, is launching on Disney Plus, shortly after the explosive season finale of WandaVision.

Sam was first introduced in Captain America: The Winter Soldier, befriending Cap when they encountered each other in Washington DC.

That was also when he met Black Widow for the first time, with the pair sharing a flirtatious encounter when Natasha picked Steve up en route to a covert mission.

In a recent interview, Anthony shared that he’s hoping Sam and Natasha could explore a possible romance at a future date, saying he’s ‘requested’ as such ‘several times’. 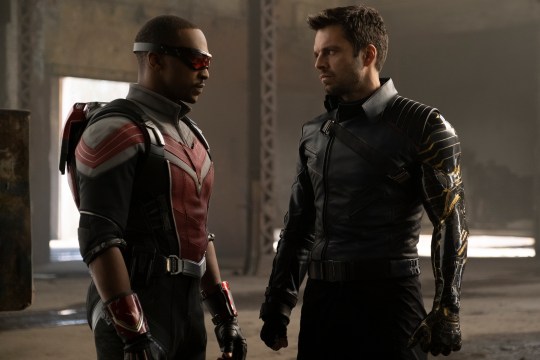 Speaking to the Toronto Sun, the Hurt Locker actor said: ‘All of these shows and all of these movies are kind of like, “To Be Continued …” By the end of our show, I’m interested to see what’s next.

‘When our script is over and our show is over, we’re just as excited as you are to see what happens next. That’s the beauty of Marvel and the appreciation you have for being an actor in a Marvel movie. Every cliffhanger is a cliffhanger for everybody, except Kevin (Feige).

‘But the question I always ask is: Do I fall in love with the Black Widow? When does that storyline come in? Because I’ve requested that several times.’

At this point in the interview, Sebastian reminded Anthony that Black Widow falls to her death in Avengers: Endgame, making a future love story between the pair fairly unlikely.

‘It would be quite interesting to see you falling in love with the memory of her at the cemetery,’ Sebastian said.

‘We can go back… We have a time machine,’ Anthony retorted, in reference to the time-travelling mechanism featured in the 2019 blockbuster.

The Falcon and The Winter Soldier will see the return of Daniel Brühl’s Baron Helmut Zemo, who strove to tear the Avengers apart in Captain America: Civil War.

Following The Falcon and The Winter Soldier, Loki will be the next Marvel series released on Disney Plus, with a launch date set for the Tom Hiddleston-led show in May this year.

The Falcon and The Winter Soldier launches on Disney Plus on Friday March 19.