Sunday’s culmination of the Euro 2020 championship is a big moment in both football and international relations, as England face Italy in the final, a country looking to become double European champions after their barnstorming victory earlier this year at the Eurovision Song Contest.

England, meanwhile, joined the rest of the UK (Scotland, Wales and Northern Ireland) in scoring not a single, solitary point at this year’s Eurovision, embarrassingly for the second time in the nation’s history after Jemini’s dismal performance in 2003.

If Italy triumphs on Sunday night, they will become the first nation to win both Eurovision and the men’s Euros in the same year after Måneskin’s Zitti E Buoni saw them amass a whopping 524 points, riding on a wave of massive public support to win the song competition in May.

Since then, the rockers have also had a good showing in the UK charts, with two top 10 singles, I Wanna Be Your Slave and Beggin, as well as a top 20 with Zitti E Buoni charting at 17.

Meanwhile, Italy could even go for a triple crown as Italian Matteo Berrettini is currently taking on world number one Novak Djokovic on Wimbledon’s Centre Court in the final of the famous tennis tournament.

However, that’s not to say that no country has ever shown the ultimate European musical and football prowess in a single year, given that 1984 saw Sweden, home of the song contest’s icons Abba, win Eurovision with Diggi-Loo Diggi-Ley, before winning the Women’s European Championships just three weeks later. 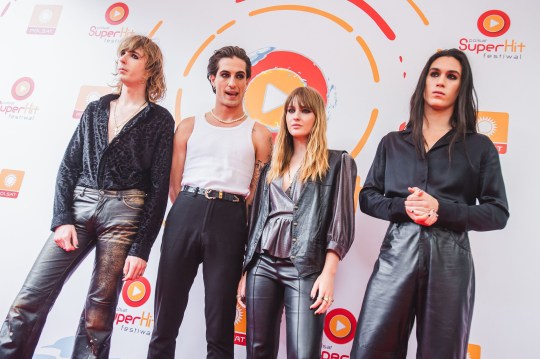 Måneskin were hugely popular with the public vote at this year’s Eurovision (Picture: Karol Makurat/Reporter/Shutterstock) 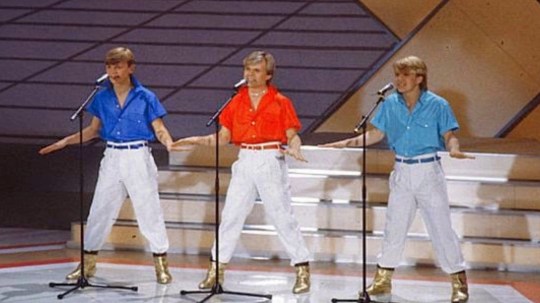 There have also been a few consecutive victories in football, followed by Eurovision, in the last 15 years.

Greece triumphed at the Euros in 2004, before Helena Paparizou won the song contest the following year with My Number One.

Portugal then emulated that victory pattern, being crowned winner of the Euros in 2016 before beating out the rest of the Eurovision competition with Salvador Sobral’s Amar Pelos Dois in 2017.

Many could also argue that an Italian victory on Sunday would follow this pattern in reality, seeing as the team is playing in the delayed Euro 2020 tournament.

Although the UK did not do well in the 1966 Eurovision Song Competition, when England last won a major football tournament, finishing ninth out of 18, which was the worst showing to date for a British entry, three years later the UK did finish as joint Eurovision winners when Lulu represented the nation with Boom Bang-A-Bang. 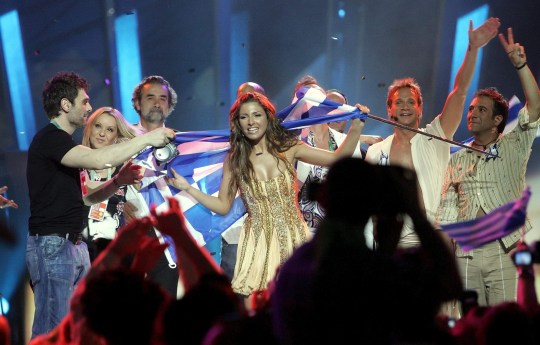 A close-ish triumph in football and music came in 2009 for a nation that closely identifies with the ‘underdog’ mentality, when the UK’s showing at Eurovision saw Jade Ewen’s song It’s My Time claim fifth place and 173 points. Meanwhile, the Three Lionesses played in the Uefa Women’s Championships finals, when the team lost to Germany.

There have also been years where results were poles apart, which might encourage England fans: West Germany triumphed at the World Cup in 1974 but also finished joint last at that year’s Eurovision with Norway, Portugal and Sweden, picking up just three points.

So with no victory for either side guaranteed, it remains to be seen whether Italy can pull off the double (or triple) or England will put a poor Eurovision behind them and claim their first men’s major football title in 55 years.