National selections are in full swing across Europe, with another four countries revealing their Eurovision Song Contest representatives over the past week.

Latvia, Estonia, Lithuania and Ukraine have all unveiled the entries they are hoping will achieve Eurovision glory, and we’ve got everything from NSFW tunes about vegetarianism to legal drama.

Last week it was all about allegations of rigging and Oscar-winning contenders, but things change a lot in the ESC world, so buckle up for our latest update.

Every year at Eurovision, there’s that one song that goes viral before it’s even taken to the stage because of how mad it is. And this year, the honour goes to Latvia’s entry, Eat Your Salad.

Before the national final Supernova was held, Citi Zēni’s ode to sustainable living and a vegetarian diet raised a few eyebrows thanks to its opening lyric: “Instead of meat, I eat veggies and p***y.” 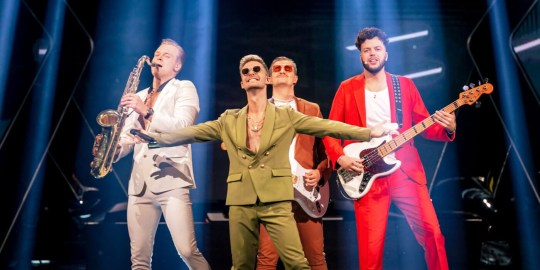 Surely such a song couldn’t make it all the way to Turin? Well, it can actually, as Eat Your Salad has been chosen to represent Latvia. Whether Citi Zēni will actually lose all the profanities is unclear (other lyrics include “Being green is sexy as f***”) but there’s no denying that this very memorable song will make an impact.

Please, everybody, light a candle to ensure it gets through to the grand final, because there will be nothing funnier than seeing casual Eurovision fans tune in to see a band boasting about the size of their sausages and tongues “longer than a gecko”.

Ukraine have had many ups and downs over the past few years at Eurovision – they won in 2016 with Jamala’s 1944, followed by two disappointing results, only to be forced to withdraw in 2019 after chosen representative Maruv had a disagreement with the national broadcaster. However, they’re riding high off Go_A’s top five finish last year with their song Shum.

Singer Alina Pash won the national selection contest Vidbir with her song Тіні забутих предків / Shadows of Forgotten Ancestors, a mix of hip-hop and traditional Carpathian sounds that pays tribute to her ancestors.

While Go_A were hugely popular with the Eurovision audience thanks to their electro-folk sound, Alina’s song is more in the vein of Jamala’s 1944 – in fact, Jamala was on the jury for Vidbir. 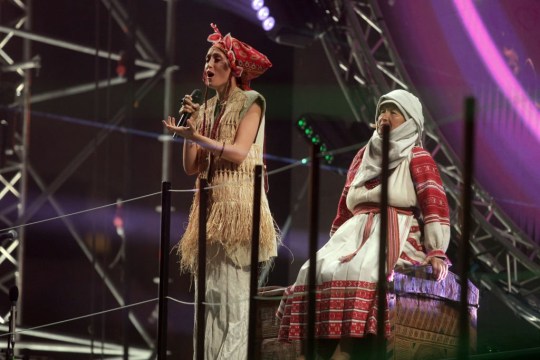 However, as with many Eurovision entries, Alina has been accompanied by controversy. Following reports that she visited Crimea in 2015, the Ukrainian broadcaster clarified she had visited Crimea via the land border, which is allowed under Ukrainian law.

But on Monday, the broadcaster announced that they are investigating whether the documents they received with regards to Alina’s trip are authentic, and will not sign off on her trip to Turin until they are satisfied they are indeed authentic.

After The Roop came eighth last year with Discoteque, Lithuania are hoping to crack the top 10 again, and have chosen Monika Liu to do so.

Thes singer came out on top with both the jury and the public during the national final Pabandom iš Naujo with her song Sentimentai, and much like The Roop before her, the song and performance are rather quirky.

Think Liza Minnelli performing on The X Factor (we mean that as a compliment).

We can imagine the dashing Stefan gaining quite a fanbase amongst the Eurofans, and as for the song… remember when you couldn’t turn on the radio without hearing Avicii’s Wake Me Up? It’s like a less dancey version of that.

The only way is up for Stefan, after Uku Suviste failed to qualify last year.

CZECH REPUBLIC: We Are Domi – Lights Off 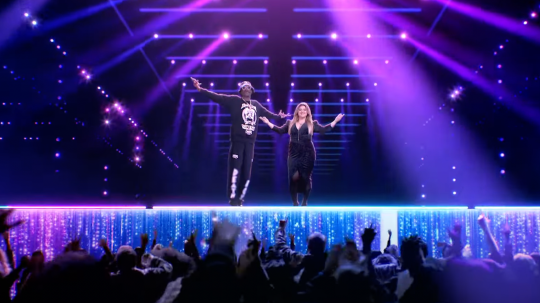 Snoop and Kelly are going to be hosting the American Song Content and, we can’t lie, we’re excited (Picture: YouTube)

It has been a year since NBC announced that they would be ploughing ahead with the American Song Contest, which has an equal chance of being a camp, ridiculous spectacle and a total disaster.

But the latest news from the show has us leaning towards the former.

Rap superstar, weed aficionado and Coronation Street superfan Snoop Dogg will be presenting alongside queen of pop-rock and daytime television karaoke Kelly Clarkson, which is a rather genius combo if you ask us. Kelly has shown that she has the presenting chops with her own chat show, and has revealed her fondness for Eurovision (fine, it was probably just a well placed teaser) by performing 2019 winner Duncan Laurence’s song Arcade. Meanwhile, Snoop will bring just the right amount of surrealism to proceedings, as evidenced by his time on the Just Eat adverts.

However, if you think Eurovision is a slog, wait until you see the American Song Contest. In comparison to the 35 songs that compete to qualify plus the big five and the reigning champions in Europe, the States’ version will see songs from all 50 states, plus five US territories and the capital, entered.

And, considering it’s being held the same week as actual Eurovision… welp, best get the energy drinks in now.