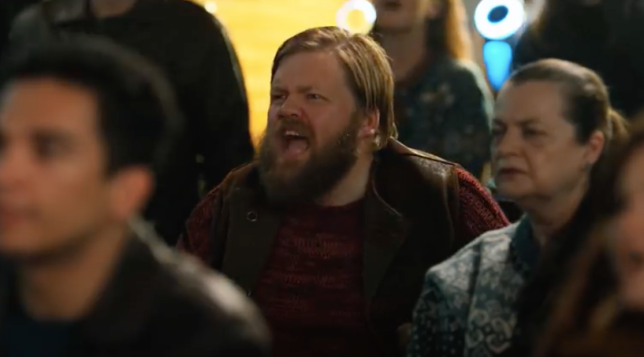 In what is quite frankly a genius move, the man who shouts ‘Jaja Ding Dong’ in Eurovision: The Story of Fire Saga will make an appearance during next weekend’s actual Eurovision Song Contest.

It’s what he deserves.

While we didn’t get a proper Eurovision last year due to the coronavirus pandemic, Eurovision fever was still ablaze thanks to Will Ferrell and Rachel McAdams’ Netflix film, which gave a comedic take on the world’s biggest live music television event.

The pair played Lars and Sigrit, members of the band Fire Saga, who represent Iceland at the Eurovision Song Contest, but prior to this, all their concert-goers want to hear is their hit Jaja Ding Dong.

This is made clearest by the man in their local pub, Olaf Yohansson, who shouts ‘Play Jaja Ding Dong!’ every time Fire Saga suggests they should perform something else.

In a very meta twist, the man who plays Olaf, Hannes Óli Ágústsson, will greet Europe as he has been chosen as Iceland’s spokesperson for Saturday night’s grand final.

Hannes will be in charge of handing out between one and 12 votes to Iceland’s favourite songs, but we’re sure we’ll get a roar of ‘Play Jaja Ding Dong!’ at some point. 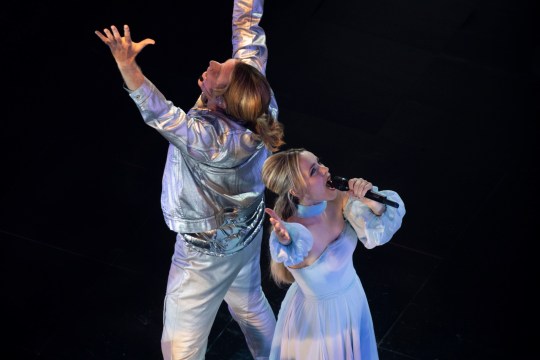 The actor previously said that he has got ‘quite tired’ of Jaja Ding Dong, but understands why it has become such a catchphrase.

He told Netflix: ‘It has become a meme. The funny thing is when the movie was released, I was on holiday with my family on the outskirts of Iceland. And then I started getting messages from my friends.

‘So yeah, after a few days, I realised, “This is really becoming a thing.” And then when I saw the movie, I said, “Oh, okay. I can see how this can become a thing.”’

Jaja Ding Dong – performed by Ferrell and Molly Sandén, who provided Rachel McAdams’ vocals 0 wasn’t the only breakout hit from Eurovision: The Story of Fire Saga, as Husavik went on to be nominated for an Oscar.

Meanwhile, another viral sensation will be completing Iceland’s Eurovision team next week, as Daði og Gagnamagnið are returning to represent Iceland. 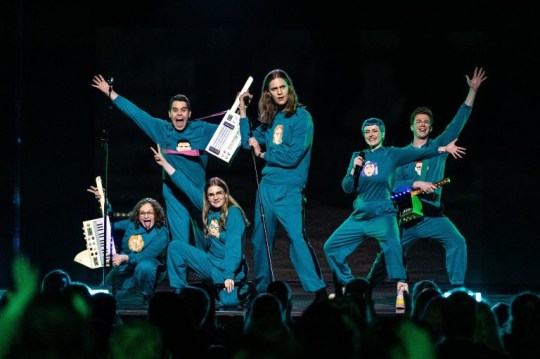 Daði Freyr and his band went viral last year and earned a legit crossover hit with their 2020 entry Think About Things, and are hoping that this year’s entry, 10 Years, will be just as loved.

Meanwhile, James Newman is the United Kingdom’s representative this year, bringing his bop Embers to Rotterdam, while Amanda Holden will read out the UK’s point allocation during the voting.

The Eurovision Song Contest grand final airs on BBC One on Saturday, May 22.