ESCAPE to the Country’s Jonnie Irwin was left with his head in his hands after he warned an indecisive couple ‘you’re testing me’.

In the latest episode of the BBC One show, Jonnie met couple Frances and Rui who had a huge budget of £1.5 million to find their dream four-bedroom home in Oxfordshire. 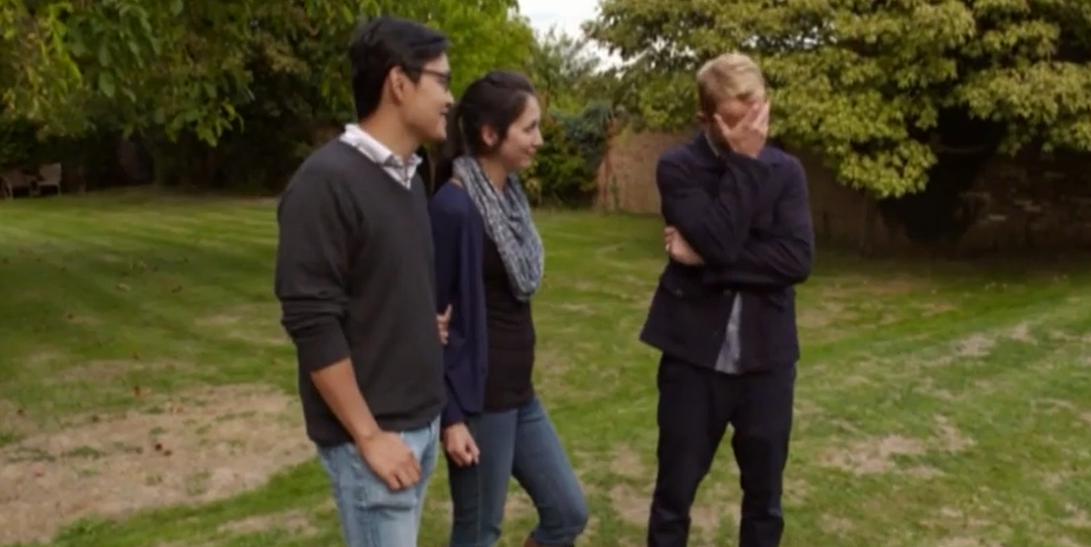 Rui told Jonnie: “It would be great to have maybe two reception rooms – one for the kid’s playroom and one for the adults.

“Not a huge garden, but one where they can play in, but equally manageable.”

But Rui continued: “This is where we differ. I like old rustic-looking houses.” while Frances added: “I don’t want it to be too old! You definitely want a place with character, but I don’t want stone floors.”

Jonnie took them to two impressive houses before arriving at the mystery house. 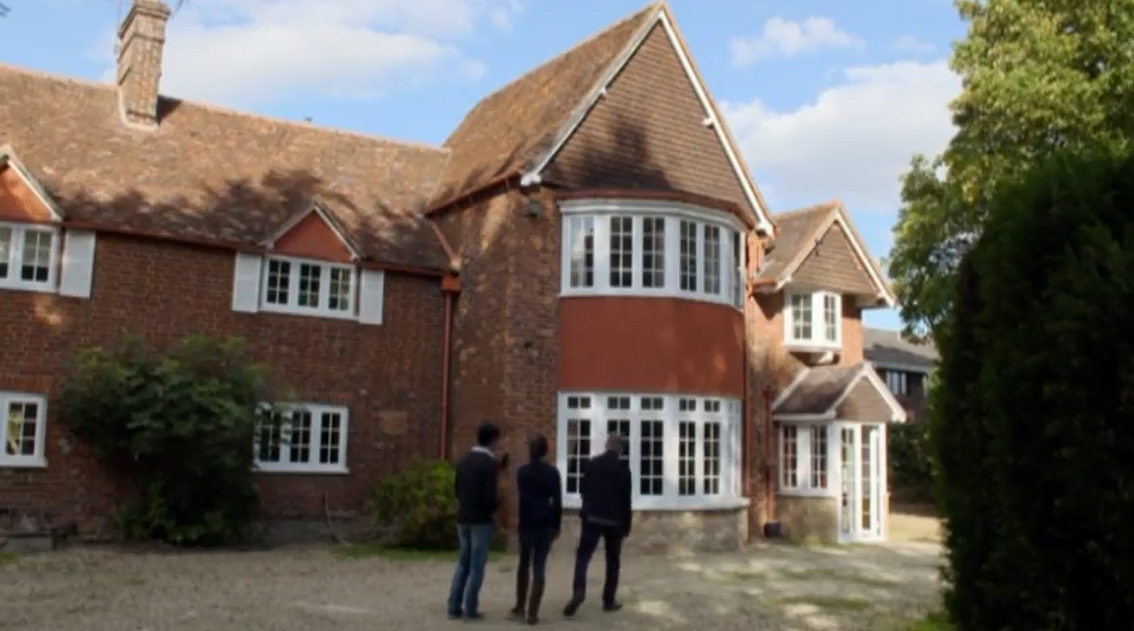 The mystery house was a combination of both 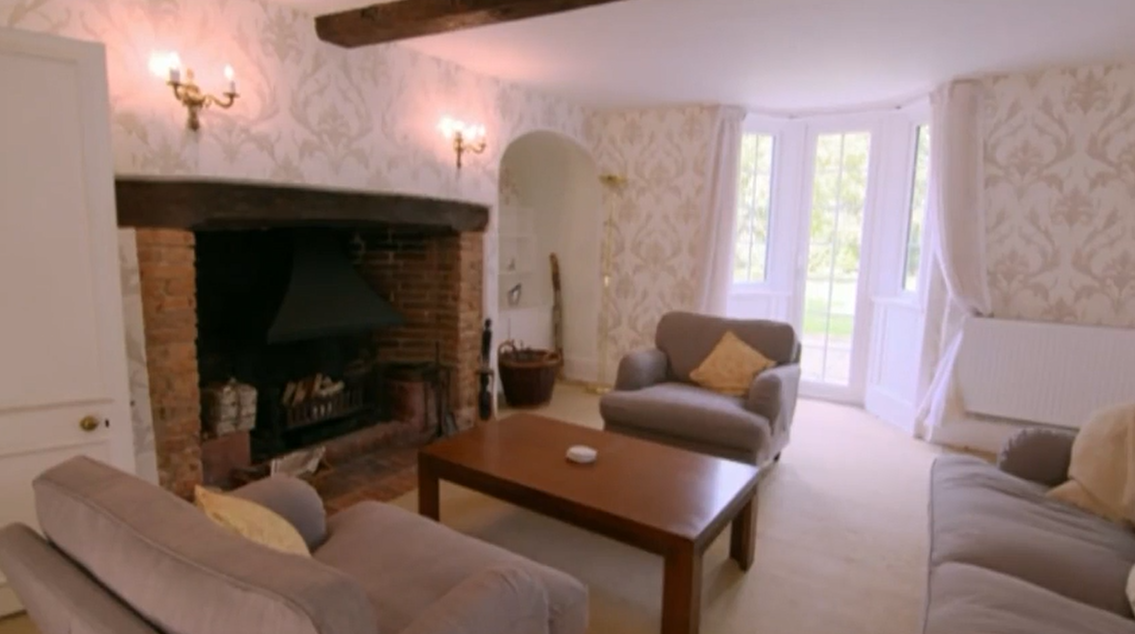 Parts of the house dated back to 1650

He said: “This house will really test whether they’re willing to take on a large country property and the surprising extras.”

As they stood on the driveway, the couple were impressed by the size of the house, and Jonnie added: “[There’s] Hundreds of years of difference between parts of this building.”

Parts of the house dated back to 1650 and still featured wooden beams, with Rui noting: “For a room so old, it’s surprisingly big and bright.”

The property had a good-sized but manageable garden – including a pool – and an impressive seven bedrooms. 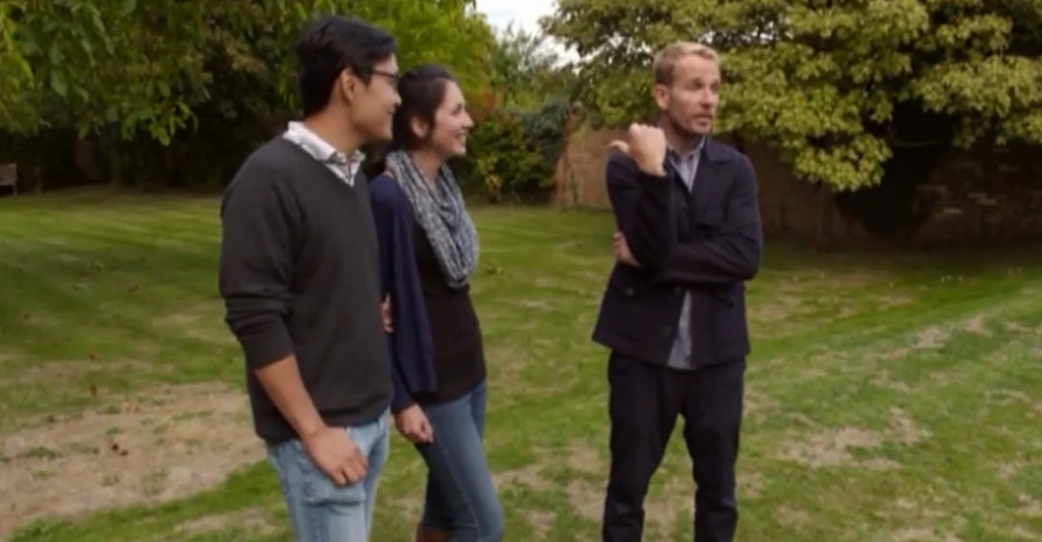 After giving the couple the full tour of the house and outdoor area, Jonnie asked for their thoughts, and Rui shocked him by saying: “What today has shown me – which is a surprise to me – is I prefer the modern bit.”

Jonnie immediately threw his face into his hands at the U-turn, before asking: “The modern bit of this house?” 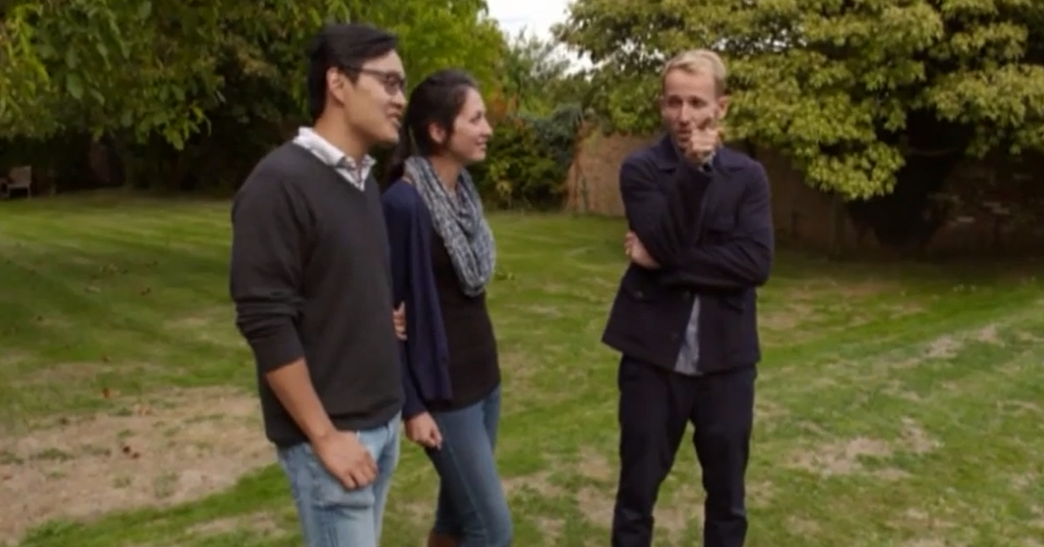 Jonnie said the couple were testing him

Jonnie then asked Frances: “Don’t tell me, you prefer the old bit?”

When she confirmed she did, he replied: “Brilliant! Okay, well, these things are sent to test me.”

In the end, the couple decided to arrange second viewings of the first two properties.

Escape to the Country airs on BBC One with episodes available to catch up on BBC iPlayer.