EMMERDALE fans had to check they had their glasses on while watching last night’s episode when April Windsor made her return to the village.

The schoolgirl – played by Amelia Flanagan – hasn’t been on our screens much over the past year because of Covid-19, and viewers couldn’t quite believe their eyes when they saw her. 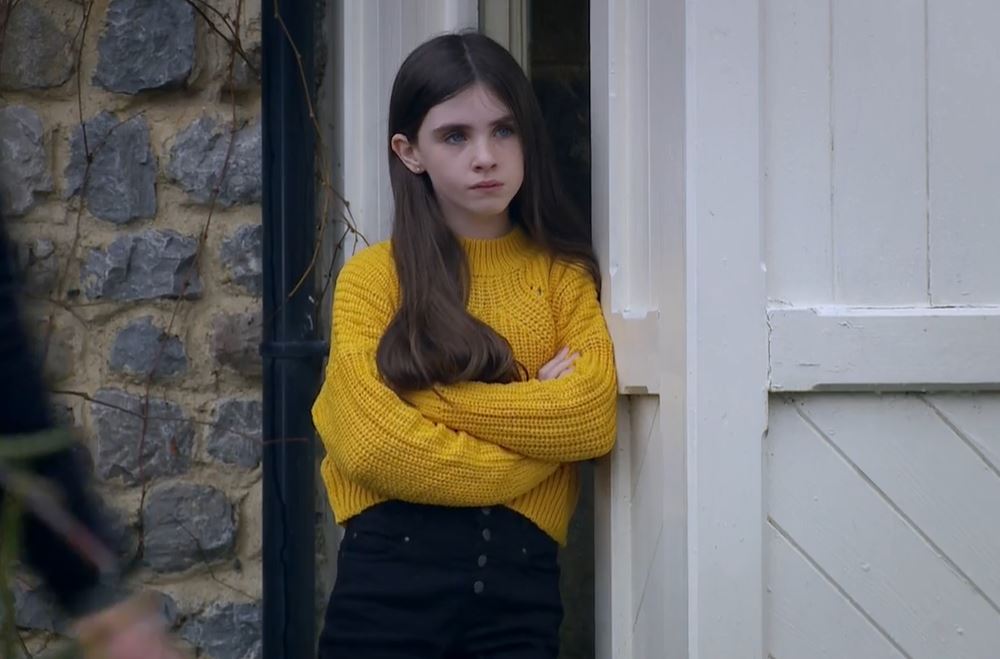 The young star has finally managed to get on set and her first episode aired yesterday evening.

Viewers of the show were stunned at how different April looked, with some joking she’d aged overnight.

April heard her stepbrother Ellis Chapman arguing outside with his brother Billy Fletcher and decided to have a listen in.

Ellis asked April: “How long have you been in the house?” 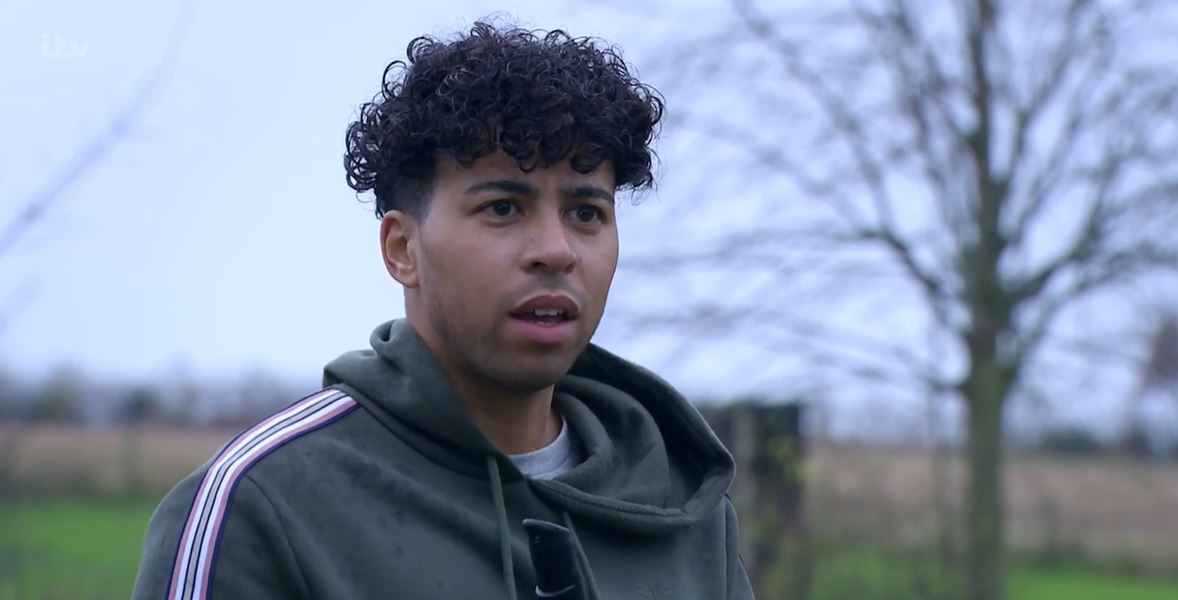 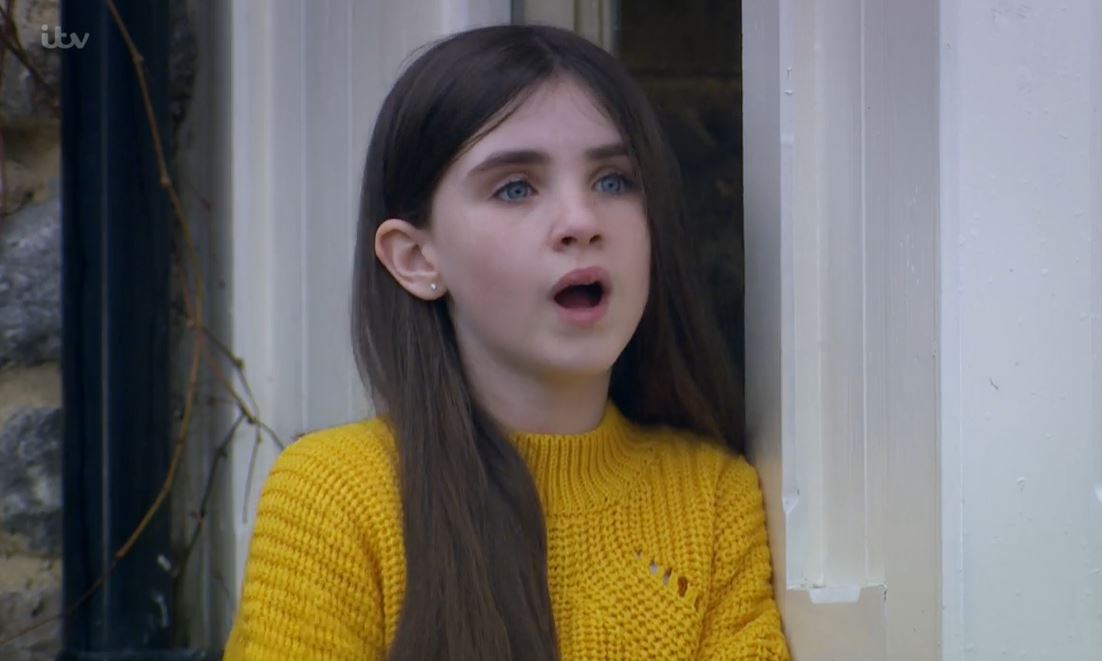 The youngster replied: “A bit. Teacher training. Dad’s out.”

Ellis went on to explain that he blames Billy for getting stabbed when he’s angry, but April couldn’t understand why.

She told her stepbrother: “You’ve only got one brother. That’s what dad says to me.” 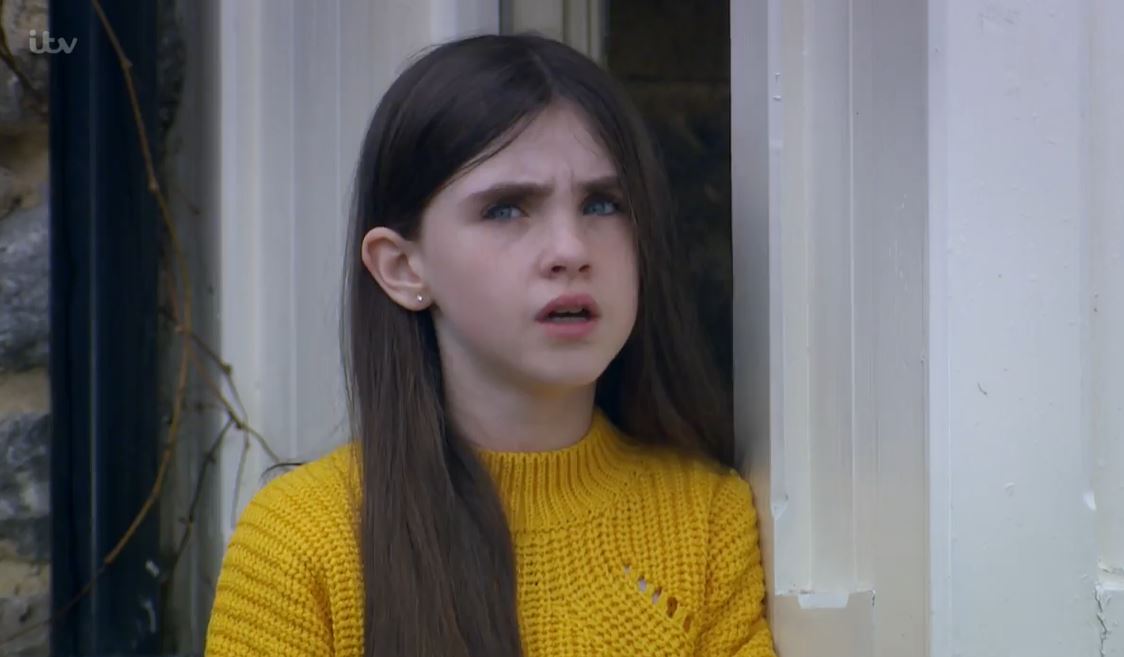 April gave stepbrother Ellis a run for his money with her sharp replies Credit: ITV 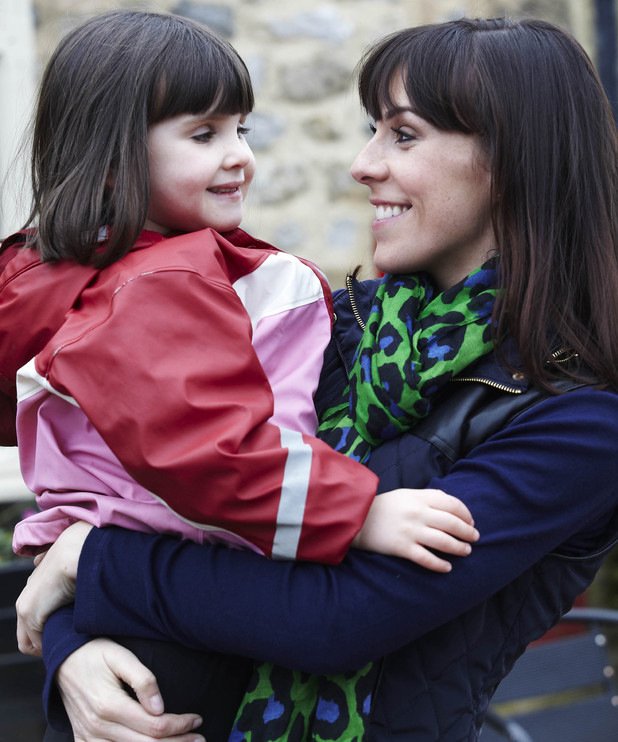 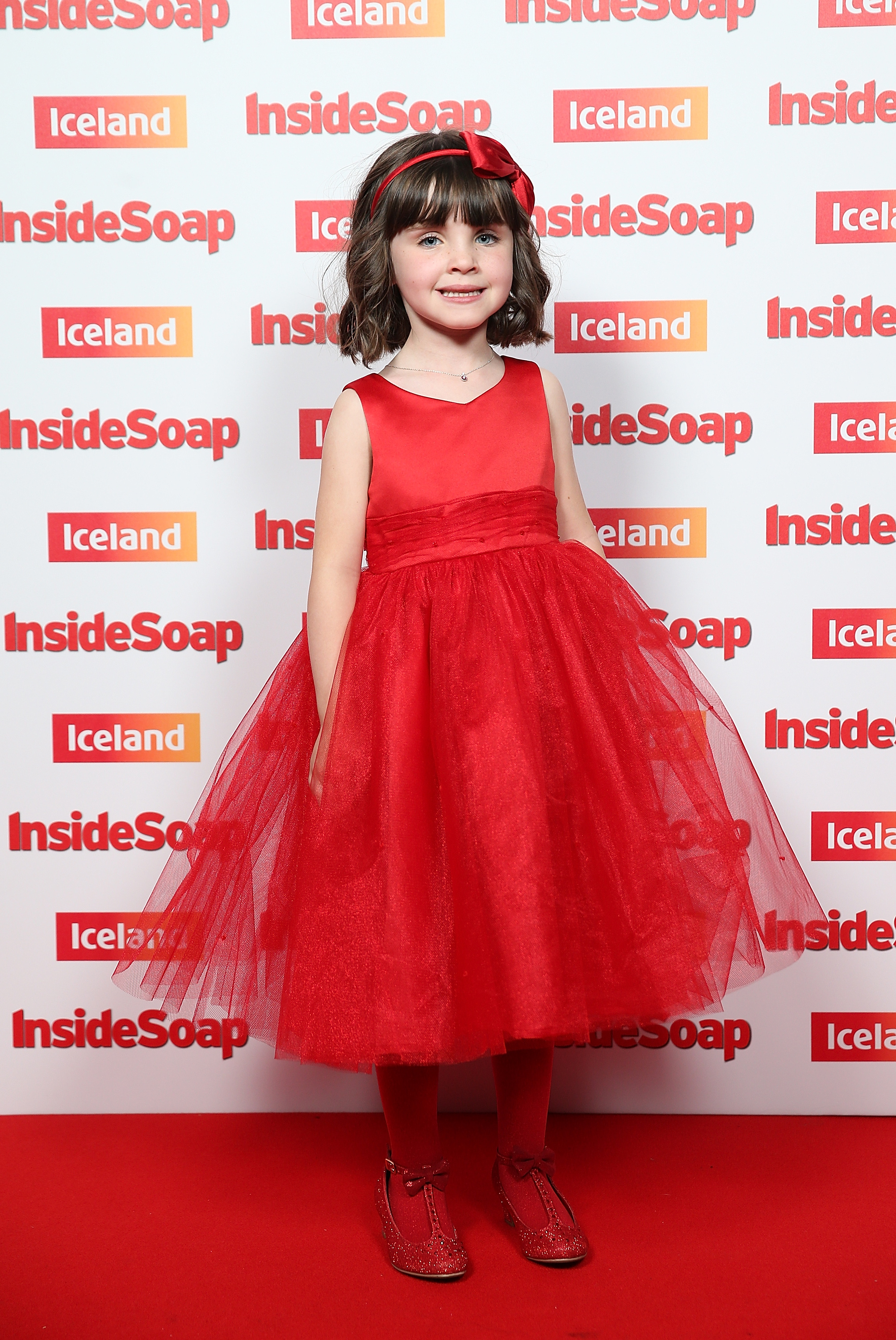 Amelia has been in Emmerdale since 2014Credit: Getty – Contributor

He snapped: “Your cheerful little voice wittering on with your words of wisdom…”

But April gave as good as she gets and said: “I don’t witter and I think you need a lie down, grumpy draw.”

Ellis shouted: “Go back to bossing your dollies about because you’re not wanted here.”

Marlon heard all the commotion as he was walking up to the house and shouted at Ellis: “Hey she’s just a kid what do you think you’re playing at?!” 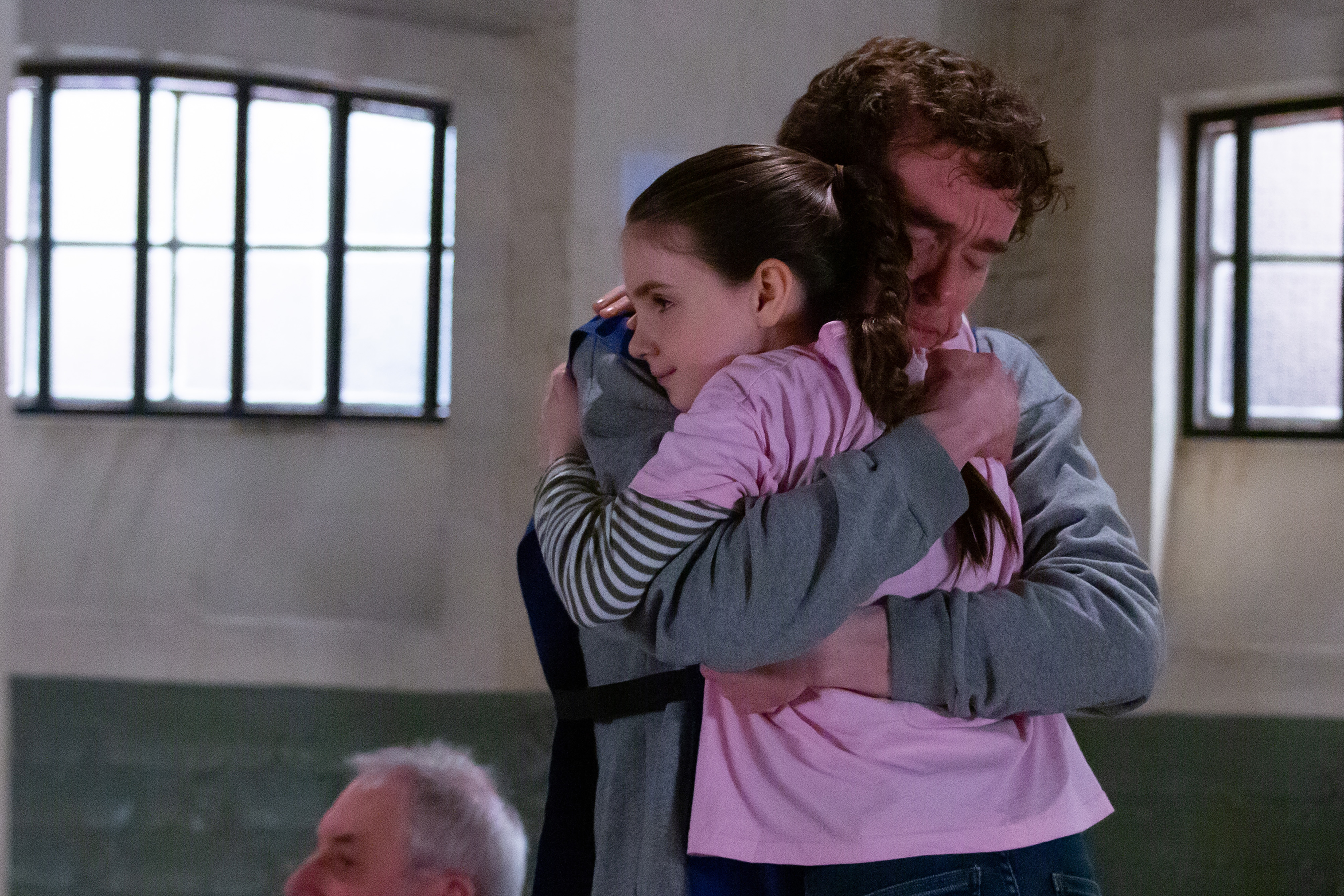 Covid-19 restrictions has meant that the younger stars haven’t been on set as muchCredit: ITV

Fans couldn’t get over April’s newfound sassiness, as well as her grown-up looks.

One wrote on Twitter: “Catching up on #Emmerdale wow, April has grown.. good to see her back.”

Another said: “How old is April in #Emmerdale? She’s growing up bless her.”

A third chimed in: “Look how much April has grown up!!! #emmerdale@markcharnock crackin little actress since she arrived. @emmerdale.”

A fourth chimed in: “#emmerdale Cripes, April has shot up hasn’t she?”

Meanwhile others were taken aback by Ellis’ nasty words. 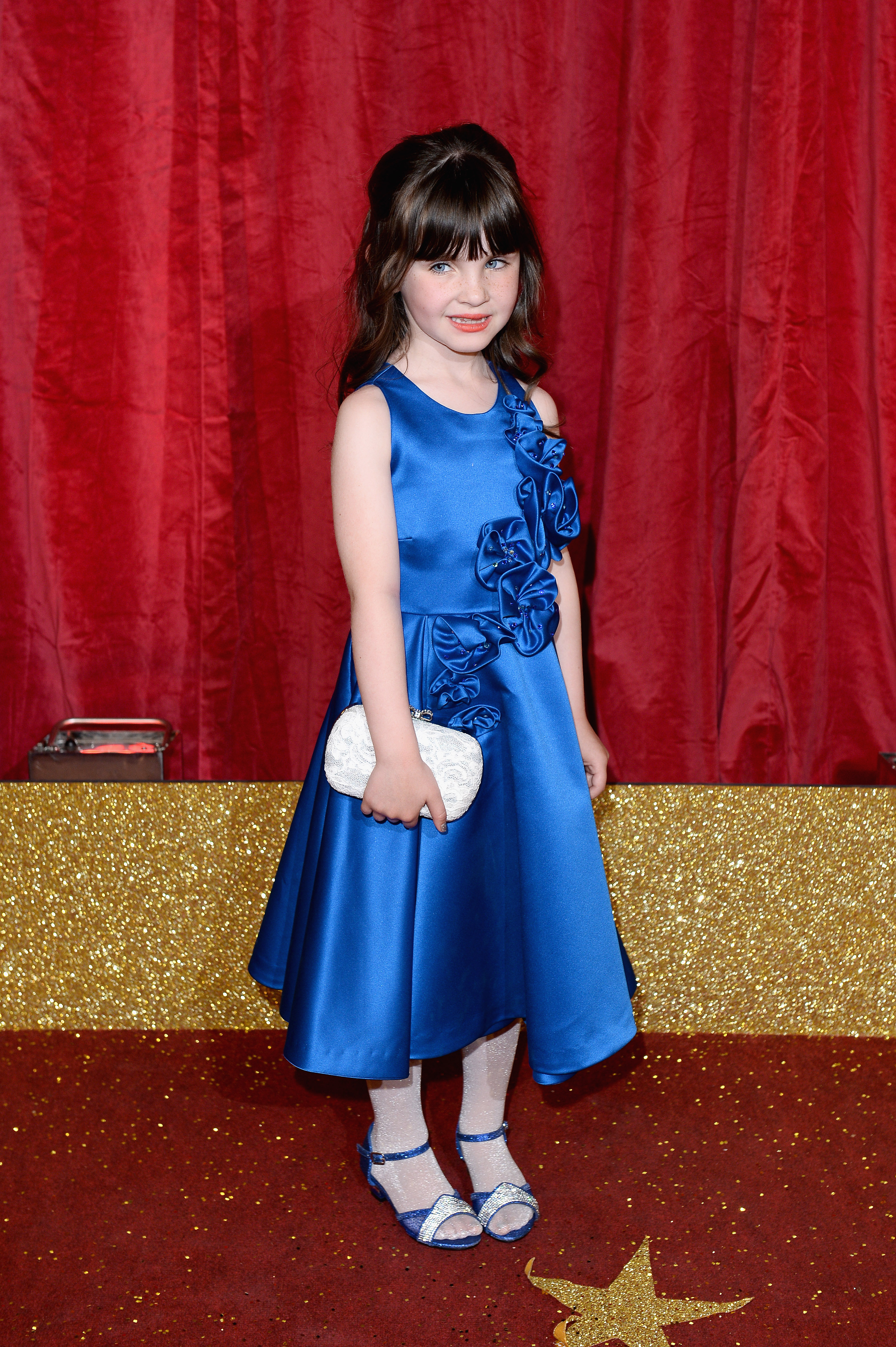 Amelia pictured at the Inside Soap Awards back in 2016Credit: Getty Images – Getty

One said: “I feel like the old Ellis would never be so nasty to April @emmerdale #emmerdale.”

Another chimed in: “#Emmerdale April should’ve walloped him.”

A fourth tweeted: “i’m sick & tired of Ellis, him snapping at April & telling her she’s not wanted was so damn wrong, she could take that to heart. it’d be good if Ellis left with Al! #Emmerdale.”

Amelia made her first appearance on the ITV soap back in 2014 and has gone on to win a number of honours for her amazing talent.

The Flanagan family are clearly full of talent as Amelia’s younger twin brother and sister are also soap stars.

Since 2017, her siblings Isabella and William have played Hope Stape and Joseph Brown in ITV’s Coronation Street.

Catch the next episode of Emmerdale tonight on ITV at 7.00pm.