EMMERDALE fans are horrified after Kit went on a date with Gabby Thomas – hours after bedding her step mum.

The physio – who is played by actor Thoren Ferguson in the ITV soap – proved himself to be quite the loverat in tonight’s episode.

Gabby arranged to meet up with Kit on Emmerdale, thinking he was a man named ChrisCredit: ITV 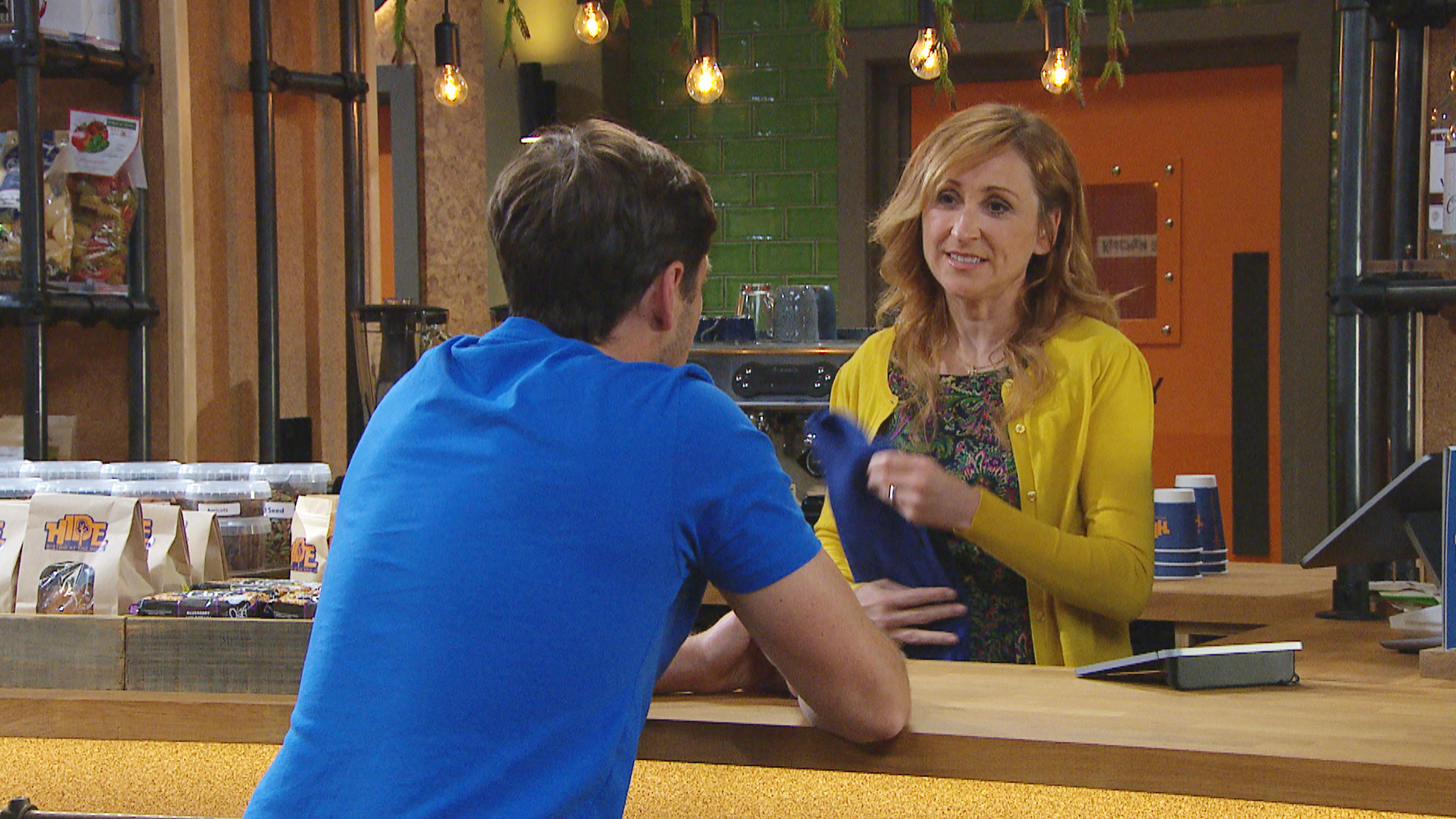 It came straight after he slept with her stepmum LaurelCredit: ITV

Viewers watched as Gabby scrolled through a dating app with Laurel, hoping to find love.

However as she swiped left and right, they were interrupted by her mum Bernice Blackstock who managed to insult Laurel enough that she left.

And once she was gone, Gabby matched with a man called Chris on the app.

Hitting it off they arranged a date for later that evening.

Meanwhile frisky Laurel met up with Kit in the pirate ship for some afternoon delight.

But when she offered to sew his suit lining ahead of Marlon and Rhona’s wedding and asked him to come over that evening, he made up an excuse.

Later Laurel ran into Gabby heading off to her date and gave her some advice to protect herself by taking down his registration number and texting it to someone.

However Gabby insisted she would be fine.

And when Laurel went away Gabby met her date in the carpark – and it was Kit.

“Gabby, I’m Chris,” he said introducing himself to an unknowing Gabby.

Viewers were horrified at him for meeting Gabby so soon after

One wrote: “Ew! Kit is so wrong! Laurel is Gabby’s step mum!”

A second said: “Kit bed Laurel now gonna do the same with gabby can’t wait for it all to come out now!”

Another added: “That Kit is a bad man!”