Open communication. Emmanuel Acho turned to Chris Harrison for guidance ahead of his After the Final Rose hosting duties.

The former NFL linebacker was announced last month as Harrison’s replacement for Monday, March 15’s After the Final Rose special after the Texas native temporarily stepped down from his role amid controversy over his defense of Bachelor contestant Rachael Kirkconnell and her past racially charged actions. 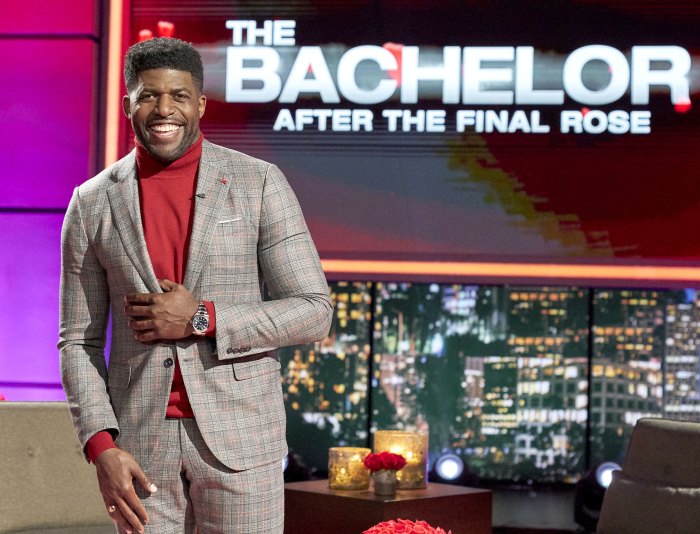 Acho explained that before he was named the fill-in host, he and Harrison, 49, “had positive dialogue.”

The Uncomfortable Conversations With a Black Man author also noted that in order for Harrison to really learn from his mistakes, “people need to give him the opportunity, the grace and the time to do the work. And then they need to receive the work he does.”

Harrison made headlines in February when he asked for “compassion” for Kirkconnell, 24, after photos of her attending a plantation-themed event in 2018 resurfaced along with photos that she “liked” with a Confederate flag in the background.

The former Who Wants to Be a Millionaire? host apologized publicly via Instagram after receiving backlash for his remarks. He apologized a second time via social media on February 13 and subsequently announced his hiatus from the Bachelor franchise.

Kirkconnell, who is one of Matt James’ final two contestants, also apologized twice via Instagram, saying in part, “My ignorance was racist.”

Earlier this month, Harrison appeared on Good Morning America to address his interview, which was done with Lindsay, 35, and apologized for not denouncing racism outright at the time.

“I am saddened and shocked at how insensitive I was in that interview with Rachel Lindsay. I can’t believe I didn’t speak against antebellum parties, what they stand for,” he said on March 4. “I didn’t say it then and I want to say it now: those parties are not OK, past, present, future. And I didn’t speak from my heart. And that is to say that I stand against all forms of racism, and I am deeply sorry to Rachel Lindsay and to the Black community.”

The “Bachelor Happy Hour” cohost, who temporarily deactivated her Instagram account after being harassed amid the controversy, told Billy Bush on March 4 that she accepted Harrison’s apology.

“I think it’s important for me to say that because I haven’t really talked about, you know, Chris and the statement because I’m not trying to make this a Chris vs. Rachel,” she said.

Earlier this week, Acho weighed in on whether Harrison should return as the host of the franchise, telling Stephen Colbert on Wednesday, March 10, “I don’t believe in cancel culture.” He noted he does, however, “believe in accountability,” saying he thinks the Perfect Letter author “right now is taking ability for his actions.” 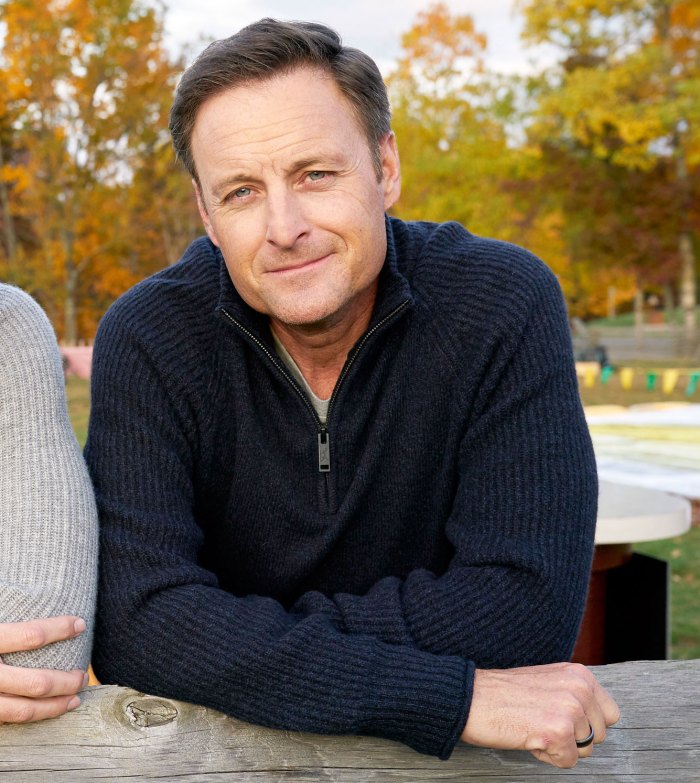 Acho also detailed his plans for hosting AFTR, telling Lindsay on Friday that his No. 1 goal was to “reconcile” after such a tumultuous season.

“There is so much tension between the photos that have surfaced around Rachael Kirkconnell that’s like, wait a second … Let’s try to seek understanding first before we seek tension,” the athlete said. “And then No. 2 is adequately tell these love stories. Matt is on a journey, and instead everything to a degree [is] overshadowed by him being the first Black Bachelor … So let me honor Matt and his journey of love, especially as it comes down to these final couple of women.”

The Bachelor airs on ABC Mondays at 8 p.m. ET.