One of the most popular series on Netflix is back very soon, with Emily in Paris returning for season two.

After becoming one of the most talked about series in 2020, new episodes of the Lily Collins romantic drama are set to arrive in time for Christmas.

Details are clearer than ever ahead of its arrival, with Netflix saying in the synopsis for the new episodes that Emily is ‘more entrenched in her life in Paris’, and so is ‘getting better at navigating the city’.

She is, however, ‘still struggling with the idiosyncrasies of French life’ – and viewers can expect to follow her on her journey in new episodes.

‘After stumbling into a love triangle with her neighbour and her first real French friend, Emily is determined to focus on her work – which is getting more complicated by the day,’ the description reads.

Here’s everything you need to know about the upcoming season season.

Is there a trailer for Emily in Paris season 2?

A brand new trailer gives a taste of what fans can expect in season two, with Emily still getting to know life and culture in the French capital.

The new clip sees Emily find herself in a huge predicament after a night of passion with her neighbour Gabriel (Lucas Bravo), which adds a complication into the mix.

In the trailer, Emily’s boss Sylvie (Philippine Leroy-Beaulieu) urges her to make the most of her time in Paris.

‘While you’re here, fall in love,’ she tells Emily.

‘Make mistakes. If you’re gonna do Paris for one year, for God’s sake, do it right.’

Who is in the cast of Emily In Paris season 2? 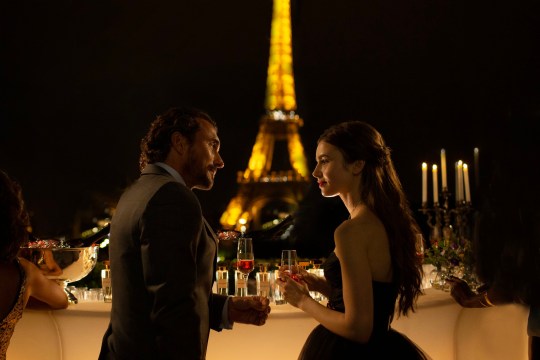 Is love in the air in season two? (Picture: Carole Bethuel/Netflix)

There wouldn’t be Emily in Paris without Emily, of course, and Lily Collins returns to lead the cast in season two.

Also returning for new series are Ashley Park as Mindy Chen as well as Samuel Arnold as Julian and Phillippine Leroy-Beaulieu as Slyvie .

Elsewhere, Lucas Bravo is back as love interest Gabriel, who looks to be playing a more significant role in new episodes.

Lucien Laviscount is a new member of the cast, playing one of Emily’s love interests, while Camille Razat stars as Camille and William Abadie plays Antoine Lambert

When is Emily in Paris season 2 released? 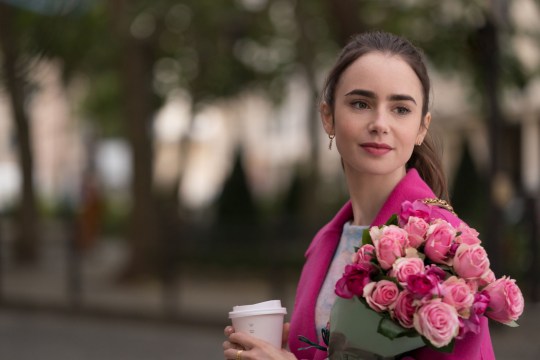 Emily in Paris season 2 is out on Netflix on December 22, which means there’s really not long to wait.

With Emily in Paris proving a hit with audiences around the world, Lily recently addressed criticisms of her character, defending her against being labelled ‘annoying’.

Speaking to Nylon, the actor said: ‘A lot of the qualities that Emily has, if you put them on paper, would seem so annoying.

‘To have someone be optimistic, bright and bubbly, it’s sad to think that people would look and go, that’s a lot.

The 32-year-old, who is also a producer on the show, emphasised to Elle UK that she wanted to ‘really put our focus’ on diversity and inclusion in the second season.

Emily in Paris season one is available to stream on Netflix now.