Baz Luhrmann’s anticipated Elvis biopic has received critical acclaim since its premiere at the Cannes Film Festival, with Austin Butler being praised for tour de force performance as the late legend.

The movie even received a 12-minute standing ovation, the longest ovation at this year’s festival so far, according to Variety, with Austin becoming emotional as the applause went on and on.

The drama follows Elvis and his ascension to superstardom, helped by contentious manager Colonel Tom Parker (played by Tom Hanks) as he goes from a young boy in Memphis to an international star.

Elvis famously died at the age of 42 at his Graceland home in 1977. His cause of death was ruled to be from a cardiac arrest. 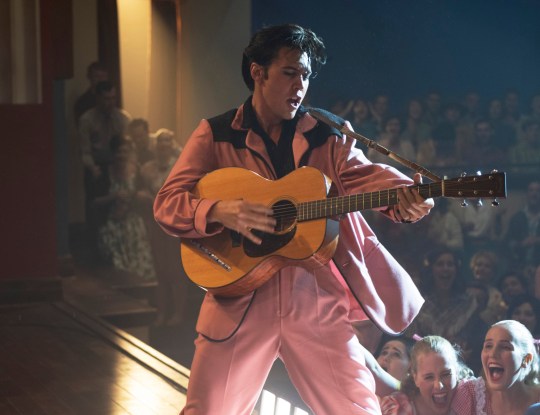 Austin transforms into Elvis in the biopic (Picture: Warner Bros./AP)

It was initially due to be released last November, before being rescheduled for 2022.

Here’s everything else we know about the film…

When is Elvis released in cinemas?

Elvis will be released in cinemas in the UK and US on June 24th. 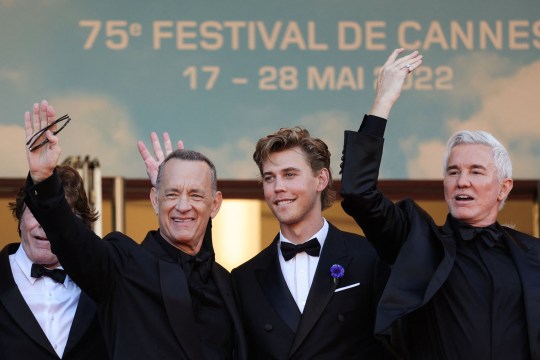 The official synopsis reads: ‘Elvis’s story is seen through the prism of his complicated relationship with his enigmatic manager, Colonel Tom Parker.

‘As told by Parker, the film delves into the complex dynamic between the two spanning over 20 years, from Presley’s rise to fame to his unprecedented stardom, against the backdrop of the evolving cultural landscape and loss of innocence in America.

‘Central to that journey is one of the significant and influential people in Elvis’s life, Priscilla Presley.’

Who is in the Elvis cast?

Former Disney star Austin, 30, plays the legendary King of Rock ‘n’ Roll, which marks his first major leading role. He starred in 2019’s Once Upon a Time in Hollywood, and featured in TV series The Carrie Diaries and Zoey 101. 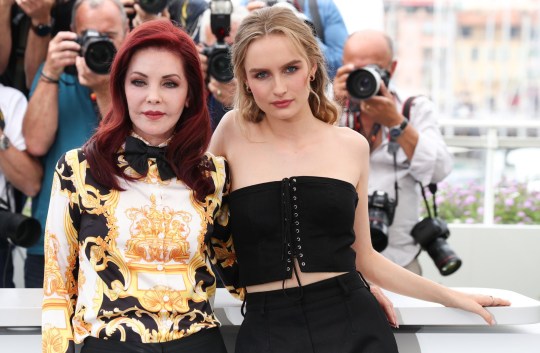 Olivia Dejonge with Priscilla Presley at the Cannes photocall for Elvis(Picture: Matt Baron/REX/Shutterstock)

Tom stars as Colonel Tom Parker, a Dutch musical entrepreneur who managed Elvis from 1955 until the singer’s death in 1977.

Austin told a press conference at Cannes that he spent two years preparing for the role, revealing: ‘I basically put the rest of my life on pause for two years and I just absorbed everything possibly could.

Is there a trailer for Elvis?

Yes, there is a trailer and it was officially released earlier this year, giving us all our first proper glimpse at Austin in the role.

The trailer features Austin’s Elvis sending the crowd wild as he transforms into the hip-shaking legend, thrusting through a performance and sending fans into meltdown – with their screams drowning out his voice.

Elvis is released in cinemas on June 24.