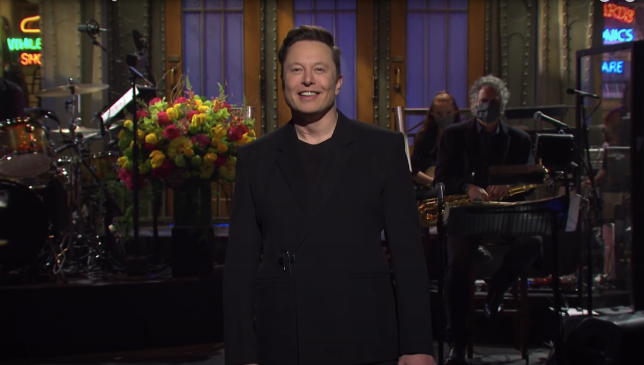 Elon appeared on the show for the first time last night (Picture: NBC)

Elon Musk revealed he has Asperger’s syndrome as he made his highly-anticipated debut on Saturday Night Live.

‘It’s an honor to be hosting Saturday Night Live, I mean that,’ Elon said during his monologue.

‘Sometimes after I say something, I have to say I mean that so people really know I mean it. That’s because I’ve always had a lot of intonational variation when I speak, which I’ve been told makes for great comedy.’

He added: ‘I’m actually making history tonight as the first person with Asperger’s to host SNL. Or at least the first to admit it.’

It’s since been pointed out online that Elon isn’t the first person with Asperger’s to present the show. Previous cast member Dan Aykroyd also has Asperger’s and came back to host in 2003. 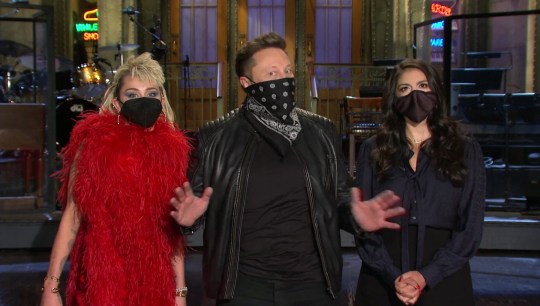 The businessman welcomed his son with partner Grimes last year, and Elon said the name was like a ‘cat running across the keyboard’.

The opening section of the show also saw him bring his mother onto the stage to talk about himself as a child, as well as saying that he ‘reinvented electric cars and is sending people to Mars on a rocket ship.’

Grimes also joined Elon on the programme, appearing in a Super Mario-themed skit together.

Elon’s booking on the show marked a real departure for the NBC programme. The last time a non-actor/comedian/musician/athlete hosted SNL was in 2015, when a pre-election Donald Trump took charge.