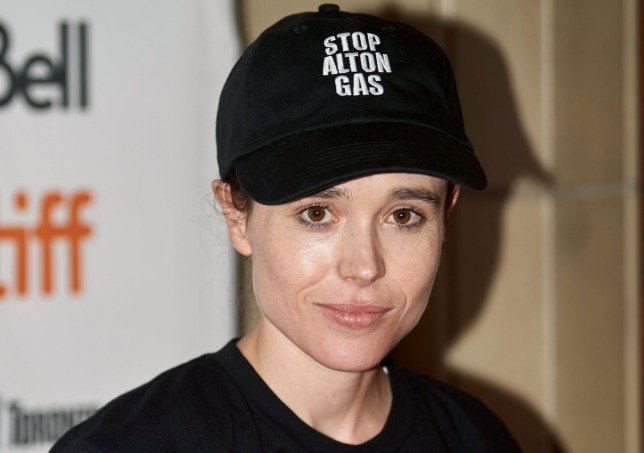 Elliot Page is said to be ‘smiling more’ while filming season three of Netflix comic book series The Umbrella Academy after coming out as transgender.

In December last year, Elliot, 34, released a heartfelt statement on social media announcing that he is trans, in which he wrote: ‘My joy is real, but it is also fragile.’

Following his announcement, some fans of The Umbrella Academy wondered whether Elliot would continue playing cisgender character Vanya in the series, having first taken on the role in 2019.

To their excitement, last month the Juno actor shared a behind-the-scenes picture from the set of series three on Instagram, writing in the caption: ‘Omg we’re back again.’

Speaking for the first time about his trans journey with Time magazine, Elliot opened up about how much he ‘related’ to Vanya when he first started portraying the character, as Vanya – initially believed to be the only one of her adopted siblings without superpowers – was ‘closed off’.

Steve Blackman, showrunner for The Umbrella Academy, said that he has noticed a difference in Elliot’s demeanour since returning to film season three. 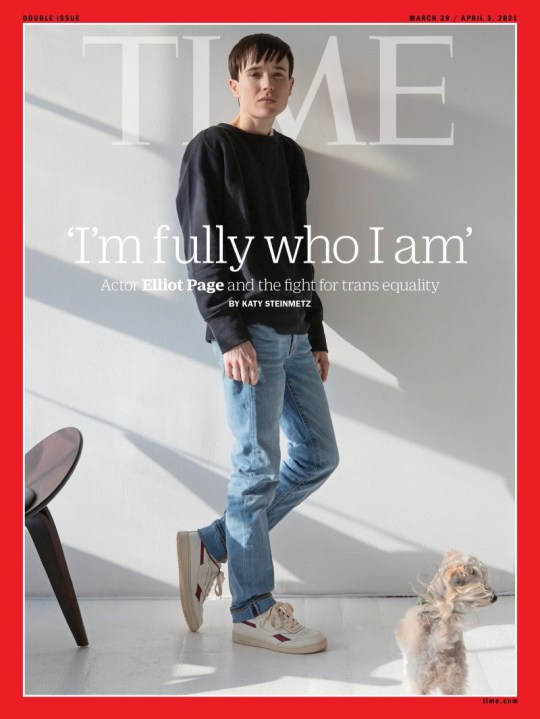 ‘It seems like there’s a tremendous weight off his shoulders, a feeling of comfort,’ Steve said.

Elliot acknowledged that sometimes people on set use the wrong pronouns for him, adding: ‘It’s going to be an adjustment.’

On his Time magazine cover, marking his first interview since coming out as trans, Elliot is pictured standing against a minimalist backdrop, with the headline: ‘I’m fully who I am.’

Sharing the cover on Instagram, Elliot wrote: ‘With deep respect for those who came before me, gratitude for those who have supported me and great concern for the generation of trans youth we must all protect, please join me and decry anti-trans legislation, hate and discrimination in all its forms.’ 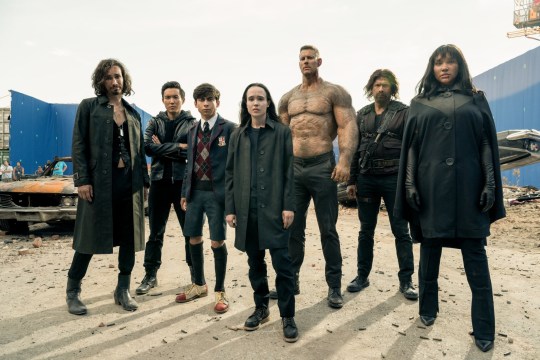 The Umbrella Academy, based on the comic book series of the same name written by My Chemical Romance frontman Gerard Way, follows a group of individuals each born with unique superpowers and adopted by an eccentric billionaire.

In the first season, the now-grown-up Hargreaves siblings must band together to prevent an apocalypse while also dealing with the aftermath of their adopted father’s death.

In season two, the dysfunctional family find themselves transported to the 1960s, where they face yet another seismic event.

The second series also sees Vanya have an LGBTQ+ love story, which Elliot said was a ‘really exciting opportunity’, particularly given the decade in which it is set.

‘Especially since it takes place in the ‘60s, being able to show some of the obstacles at that time obviously in an era where it was illegal, considered a mental illness,’ the actor said.

With season three of The Umbrella Academy currently in production, a release date for the upcoming episodes hasn’t yet been confirmed.

The series will pick up where the season two finale left off, when the Hargreeves siblings return home to find themselves in a version of their present that they don’t recognise, where a different academy – named the Sparrow Academy – exists in their place.

The first two seasons of The Umbrella Academy are available to watch on Netflix.