Ellen DeGeneres walked out for her final talk show fighting back tears, with a newly released clip showing the host preparing for her last hurrah.

The star has hosted The Ellen DeGeneres Show since 2003, and the long-running series will come to an end on Thursday when its last episode airs after a turbulent time amid the ‘toxic workplace’ scandal.

In a teaser clip for the last show, Ellen, 64, emerges from behind a screen to a cheering audience, including her wife Portia de Rossi and brother Vance DeGeneres in the front row.

Fighting back tears, Ellen holds a hand to her chest, saying, ‘Thank you’, with Portia also looking teary.

For the final episode, Ellen will be joined by Jennifer Aniston, almost 20 years after the Friends star became the first ever guest on the show. It will be her 20th appearance on Ellen.

There will also be appearances from musicians Pink and Billie Eilish.

The final episode was filmed in April, with Ellen penning a message about how much the world has changed since the show began.

Ellen has hosted her talk show since 2003 (Picture: Getty Images) 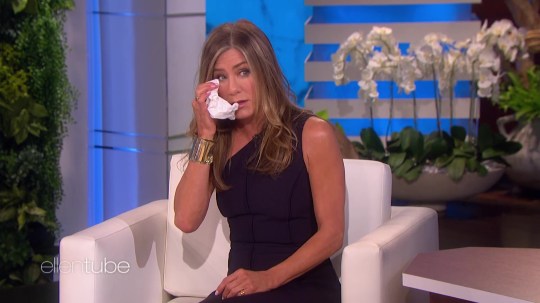 She wrote on Instagram: ‘Today we taped the final episode of The Ellen Show which airs on May 26th.

‘We watched the world change, sometimes for the better, sometimes not. But whatever was happening, my goal was always for the show to be a place where we could all come together and laugh for an hour. 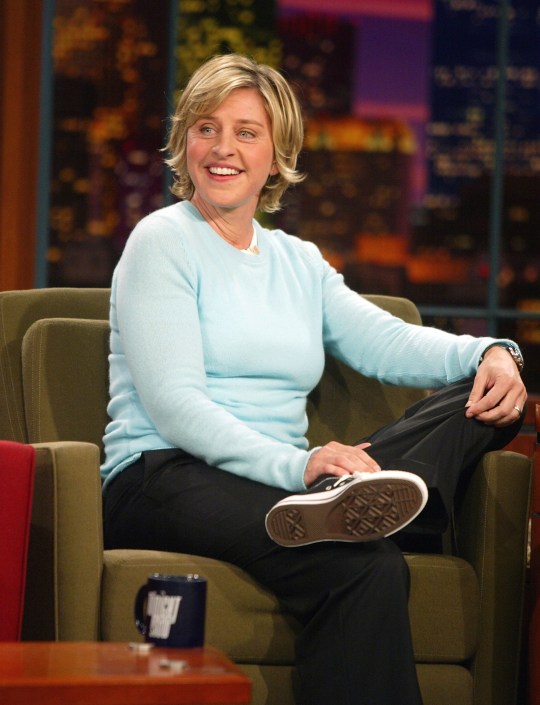 She began the show in 2003 (Picture: Getty Images) 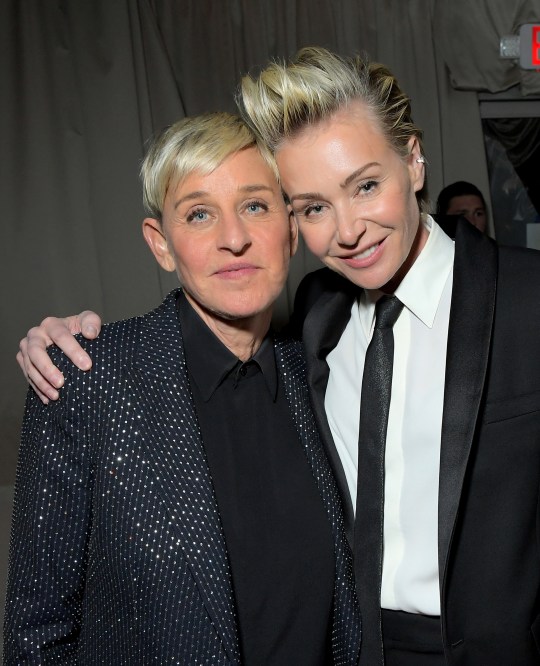 Ellen is supported by her wife Portia at the final show (Picture: Getty Images for Netflix)

In May 2021, Ellen confirmed her show would end after its 19th season following a string of allegations about the work culture at the show, however, she vowed the backlash had nothing to do with the decision.

‘There was a time a couple of months out where I was crying every day,’ she previously said of the decision

‘I was really emotional, even though it was my choice, and it’s the right choice.’

‘I knew it was time to end this chapter and to do something different, but still it was really emotional,’ she added to Hollywood Reporter.

In July 2020, allegations were made of misconduct behind the scenes of The Ellen DeGeneres Show, with anonymous employees alleging that they were working in an environment of racism, fear, and intimidation.

The controversial statements reportedly affected Ellen’s season 18 comeback with an insider telling Mail Online that her ratings have ‘been truly appalling’ since reports emerged over a ‘hostile atmosphere’ behind the scenes.

Leman and Norman deny all the accusations made against them after being accused of misconduct. Glavin has not commented.

At the time of Buzzfeed’s initial report, Norman said: ‘I am 100% categorically denying these allegations. I have never had a single complaint of any misconduct against me in my career. Period. I have never ‘groomed’ anyone.’

He added: ‘I am aware of the campaign in the press going on about our show, but I will not allow my name to be slandered, or have my sexuality brought into question by former employees maliciously gossiping about the show and the staff. I am married to my wife of 18 years, with three children. This accusation simply never happened, and it will be proven.’

Leman said at the time: ‘I have always aimed to treat everyone on the staff with kindness, inclusivity and respect. In my whole time on the show, to my knowledge, I’ve never had a single HR or inter-personal complaint made about me.’

The talk show host had sent a letter to apologise to staff, and addressed the claims on the show, saying she was unaware of the alleged unhealthy environment: ‘I learned that things happened here that never should have happened.

‘I take that very seriously and I want to say I am so sorry to the people who were affected.

‘I know that I’m in a position of privilege and power and I realised that with that comes responsibility, and I take responsibility for what happens at my show.’

She has insisted the scandal isn’t the reason behind the show coming to an end, saying she doesn’t feel ‘challenged’ by it anymore.

‘If it was why I was quitting, I would have not come back this year. I really did think about not coming back, because it was devastating,’ she said.

‘It started with attacks on me and attacking everything that I stand for and believe in and built my career around … I am a kind person. I am a person who likes to make people happy.’

Ellen also inisted to Oprah Winfrey that she had ‘no idea’ that there were so many problems behind the scenes and disputed claims that she should have known what was going on.

‘I don’t know how I could have known when there’s 225 employees here and there are a lot of different buildings,’ she said. ‘Unless I actually stayed here until that last person goes home at night.

‘It’s my name on the show, so clearly it affects me, and I have to be the one to stand up and say this can’t be tolerated.’

The final episode of the Ellen DeGeneres Show airs Thursday, May 26.