Sober confessions. Elizabeth Vargas commended Bachelorette’s Zac Clark on his openness about his sobriety, seven years after she publicly announced she was an alcoholic in January 2014.

Clark, 37, who got engaged to Tayshia Adams in the December 2020 finale of the ABC dating series, spoke out about his ups and downs with alcohol and drugs both on the series and on Vargas’ “Heart of the Matter” podcast on February 9.

“I remembered thinking, ‘First of all, good for him for being open,’ because it was a fantastic opportunity that he had in those episodes of the show,” the America’s Most Wanted host, 58, exclusively told Us Weekly while promoting Fox’s revival of the crime show. “When he explained to Tayshia how he struggled and how he got sober and that he doesn’t drink, he did a real service.” 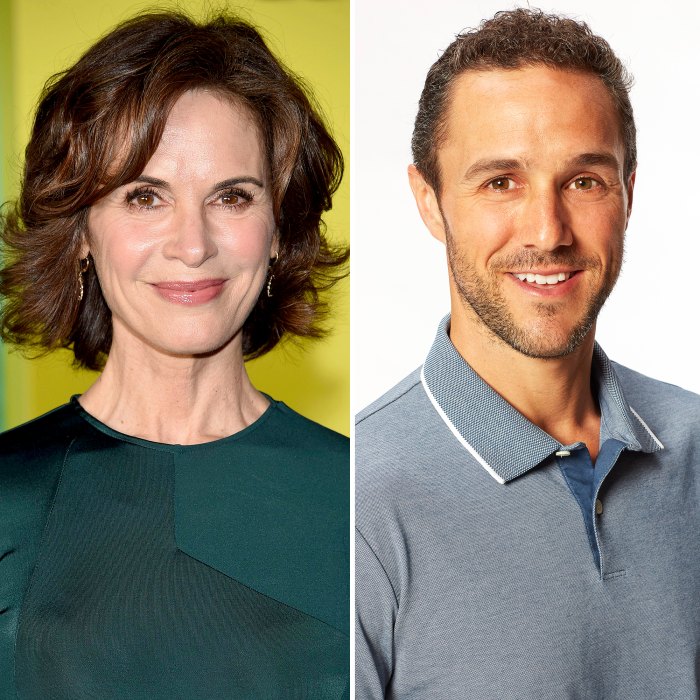 The former 20/20 anchor explained that there were millions of people watching The Bachelorette, who “got to hear from somebody in recovery and see that their life isn’t ruined, they’re not a shell of a human being.” Instead, she said viewers saw “a real, full-fledged, fascinating, interesting, smart, cool, handsome guy who used to have a drug problem and now he doesn’t.”

Clark, who celebrated nine years of sobriety in August 2020 following a DUI that led to his divorce from his wife, Jennifer Stanley-George, in January 2011, opened up even more about his history with addiction on Vargas’ podcast earlier this month.

“He was very honest and open about how far he went to score drugs, painkillers, when he was addicted to them. It made a lot of news,” she told Us, noting that Clark, who now works as an addiction specialist, admitted to conning a doctor to remove his gallbladder just to get painkillers.

However, his past relationship with drugs didn’t permanently derail his life, which Vargas explained is one of the positives of him publicly sharing his story.

“Now, here he is, this handsome, smart, amazing man who’s engaged and just was on this big show and won. He’s also working deep into the recovery field,” she said. “It’s important that people see that people can recover from addiction and go on to lead extraordinary lives because then I think people will be less apt to write those who struggle off, which we still do all too commonly.”

The former ABC News anchor pointed out that “people bail on people with addiction, companies fire them. They don’t do that to people whose cancer comes back. It’s not like they go ‘Oh, I’m sorry your cancer came back, you’re out.’”

Vargas, who wrote Between Breaths: A Memoir of Panic and Addiction in 2016, after her own battle with alcoholism, explained why she continues to tell her story of recovery.

“I think just the ability to actually do something to help others [is rewarding],” she told Us. “I’ve never felt so lonely as I did back when I was struggling with alcohol. It’s a very lonely, dark place and anything that I can do to help people get through that, because there is light at the end of the tunnel, so to speak.”

Her podcast features guests who are in recovery in order to help others “know and really understand” what it’s like to struggle with sobriety.

In addition to speaking about her personal journey — which began in November 2013 when she went to rehab for alcoholism — Vargas has continued to grow professionally.

She is the new host of America’s Most Wanted, which originally ran from 1988 to 2012 and is being revived starting in March.

“I was a fan of the show when it was on before and [I’m] tremendously excited to be part of a re-launch with such an iconic history on Fox,” Vargas told Us. “To bring it back after 10 years and the explosion of technology that is now available to us, it was just really exciting. I’m having a ball to be honest!”