Of the eight hours I spent playing the Elden Ring closed network test last weekend, an embarrassingly large chunk involved being slapped around by a guy named Margit. He’s the one boss among about a dozen in the test version that’s compulsory to beat in order to progress through the main questline, and by far the toughest.

Honestly, this is the kind of boss battle I’ve begun to tire of in FromSoftware’s games. Yet in Elden Ring, I learned to enjoy my time with Margit. For all my failures trying to best him, he didn’t feel like an arduous roadblock, and I’m hopeful that feeling will last throughout the final game.

Let’s rewind a bit. I count myself as a veteran of FromSoftware’s uncompromising game worlds, from the first Dark Souls to Bloodborne and Sekiro. I even finally played Demon’s Souls this year thanks to Bluepoint’s remake. Some of these are among my favourite games ever, and one of the reasons I love them is the bosses.

The ones I still appreciate most of all, however, are those from the original Dark Souls, even if they’re more basic than the monstrosities in later games. That’s because in Dark Souls almost every boss feels unique, like it serves a specific purpose, to test a different skill or strategy. To win, you need a solid plan, often something that uses the layout of the environment to your advantage, or even the shape and size of the opponent.

In contrast, too many bosses in Dark Souls 3 and Sekiro especially are a variation on a single theme – big guy with a sword. Or knife. Or hammer. They all have distinct, complex attack patterns, but the strategy to beat them is effectively always the same – learn all the moves and git gud. Mostly they dwell in big flat, empty arenas. Rarely is there a clever way of approaching the fight that changes its complexion (the prosthetic arm tools in Sekiro were never quite as influential as I’d hoped).

Back in Dark Souls, meanwhile, even a big guy with a sword is ever merely a big guy with a sword. The infamous Capra Demon, for example, resides in a tiny courtyard where there’s barely enough room to swing one of his pet zombie dogs. There is, however, a staircase, a slim strip which forces him and his mutts into a single file approach, leading to a perch from which you might plunge down on his head. FromSoftware’s decision to place a boss in such a small space was audacious and brilliant. That’s what I want from my Souls bosses.

There’s something else I want, too. One of the things I love about Dark Souls bosses is the purity of the task. Their long red life bar stretches across the base of the screen. Mine, dwarfed in comparison, nestles in the top corner. If I empty their bar before they empty mine, I win. Simple. The occasional exception to the rule is cunningly playful – like the epic Smough and Ornstein battle, where you defeat one only to see the other feed off his dying friend’s power. But when extra life bars become the norm, as they have in later games, the whole endeavour becomes a chore. 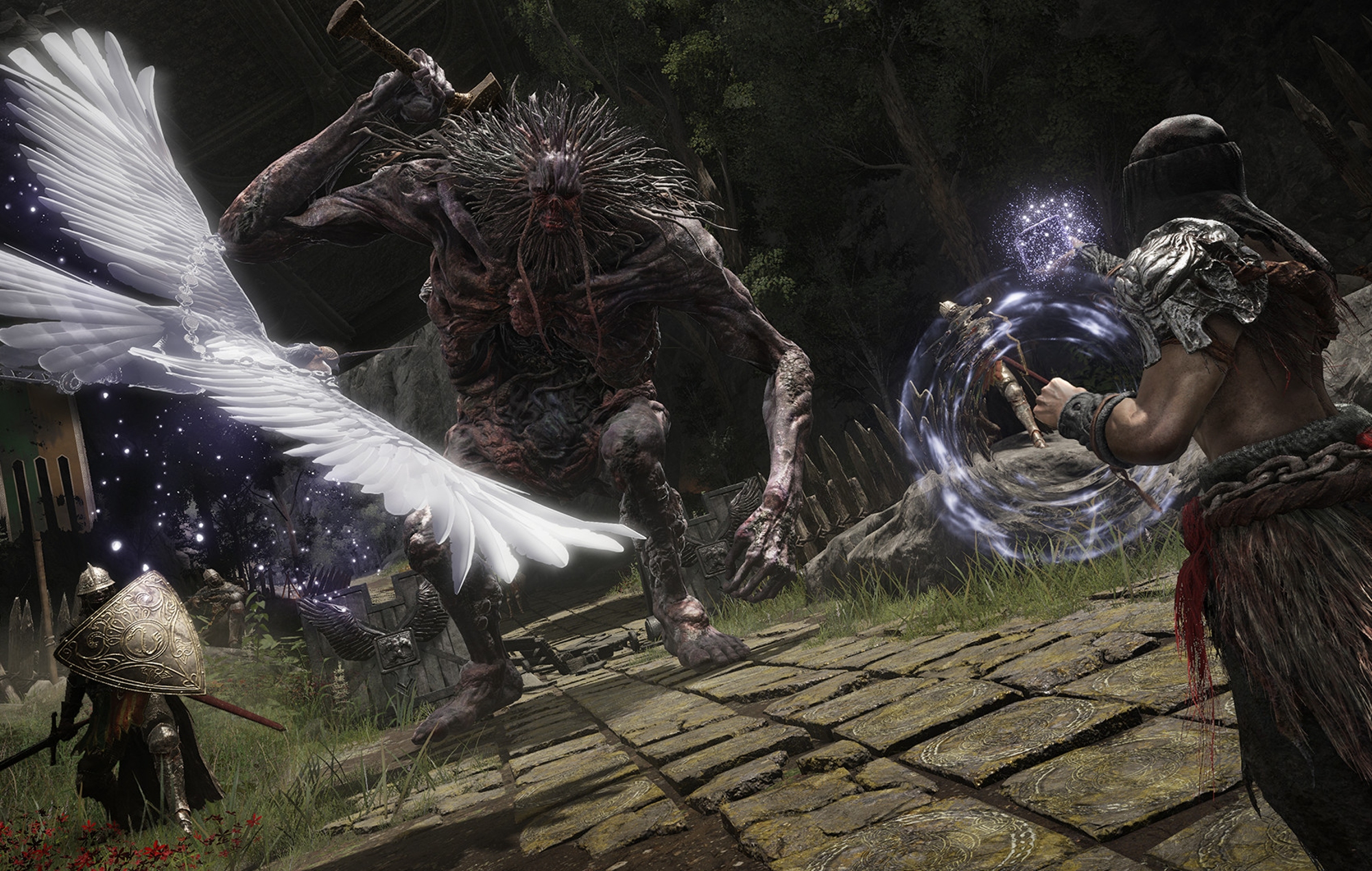 I came to resent Sekiro for this reason. Learn how to dodge and counter every one of a boss’s attacks, and the reward is to repeat the process with a second phase, and then perhaps even a third. And the only way to learn phase two is to keep redoing phase one, again and again, to get there. It’s a laborious process, and at this point I’d gone from relishing FromSoftware’s bosses to wishing I could skip them. The simple inventiveness of the bosses in the Demon’s Souls remake only underlined the point – for once, things really were better in the old days.

Now here’s Margit, or Margit the Fell Omen to give him his full title. He’s a big guy with a hefty wooden staff. And a magic knife. And a hammer. I spent well over an hour in the network test trying to evade his offensive barrages and sneak in clean hits before he finally fell. Initially at least, this was a battle tinged with disappointment. I’d done this dance so many times before. Margit wouldn’t have seemed out of place in Bloodborne or Dark Souls 3. His arena is effectively a flat empty space.

Here’s the thing about Elden Ring, though. In almost every way, it’s the same but different. More than ever before, I realised I didn’t need to keep ramming into this brick wall, whittling down his health with a thousand cuts. Instead, it made more sense to go off and explore. 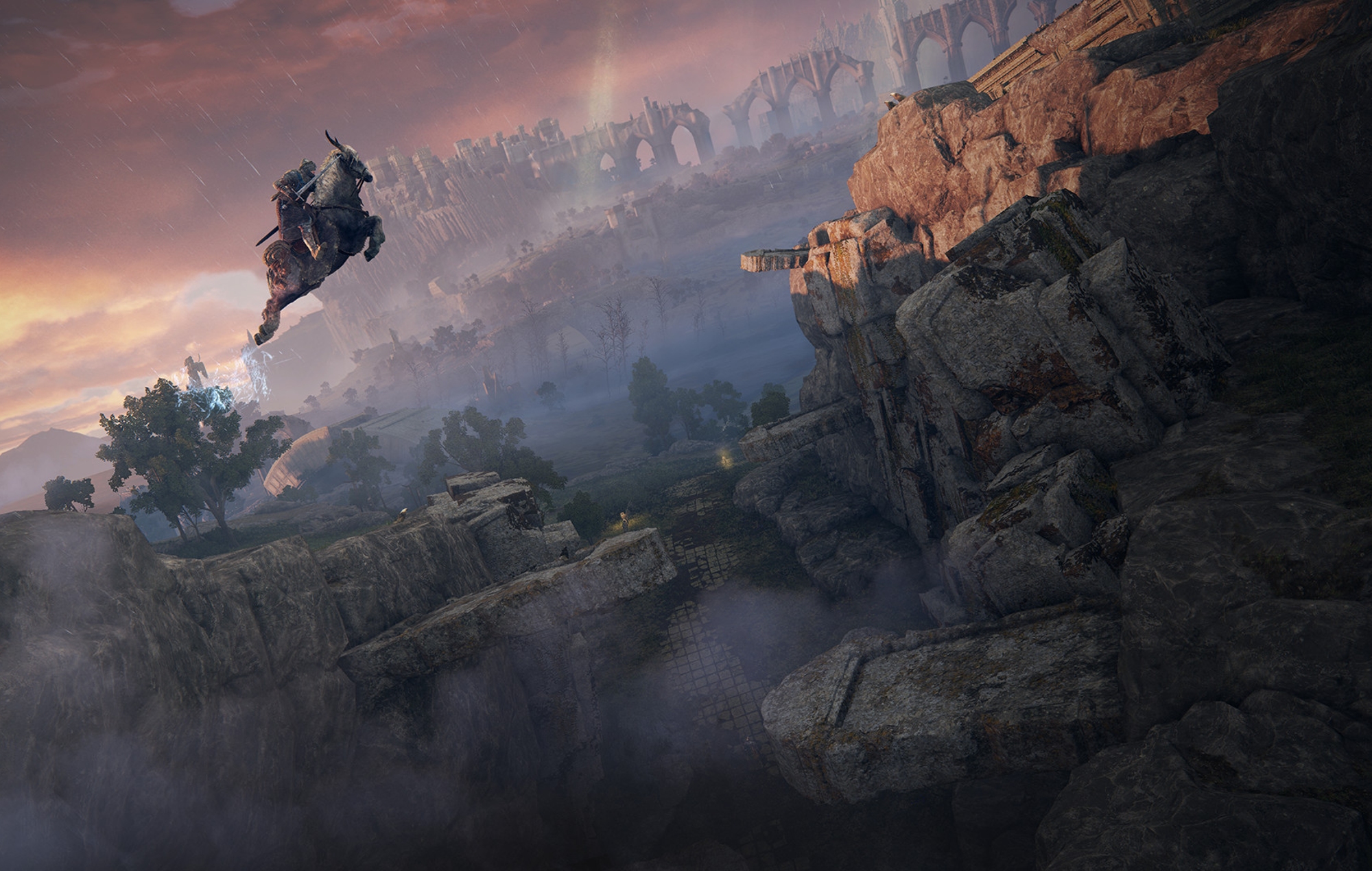 Obviously all of FromSoftware’s games provide a range of paths and options, so there’s always something else to do should you get stuck. Sometimes there are multiple main routes or side areas. Or you can spend time helping other players beat earlier stages, or simply farm enemies for experience. In Elden Ring, however, that’s all much more organic. Because of its open world, you don’t feel like you’re grinding or treading water, you’re learning, discovering and improving.

Crucially, while you meet other bosses out in the wild, they aren’t Margits. They’re more manageable. Many dwell at the end of short dungeons, caves or catacombs scattered about the land. Some are big guys with weapons, but beatable with a solid plan. Some serve up surprising twists, like a very big guy with a huge iron pumpkin helmet who tries to head slam you, or a fire-breathing hovering cat statue thing.

Others you bump into outside, in the course of your travels. And these al fresco battles, which you can choose to undertake aboard your trusty steed, brings a whole new dimension to the Souls boss formula. Take Agheel, for example, the dragon that hunts around a lake (more of a giant puddle, in truth). When it appears, everything in the area – the nearby ruins, minor enemies – remains in play. Dropped into the world like this, it becomes an epic encounter, yet it isn’t overly complex. 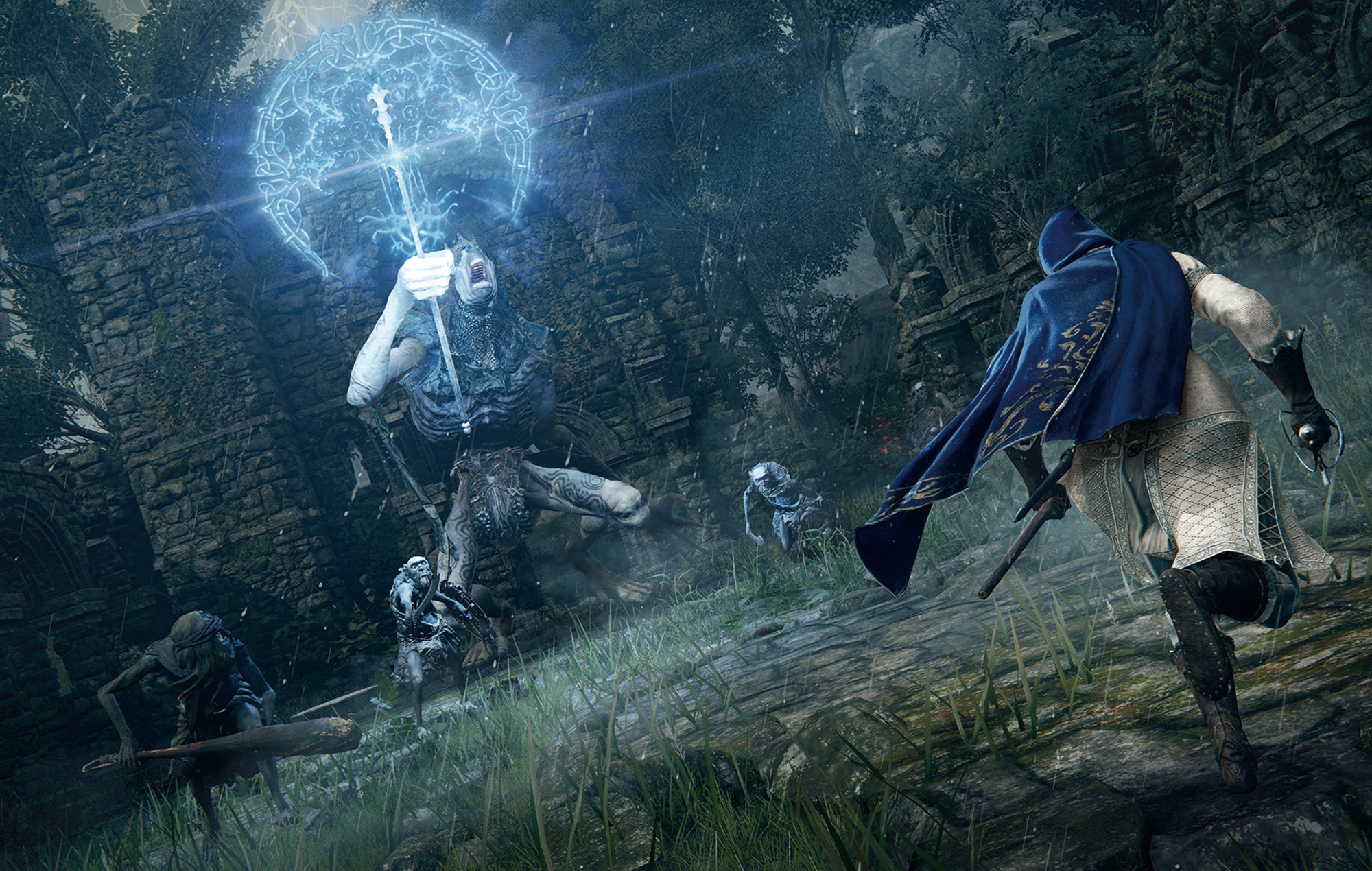 I was thus able to spend a few hours doing other stuff in Elden Ring that felt worthwhile in itself and didn’t lead me to various multi-phase big guys with swords. When I returned to Margit I was stronger, and actually wanted to take him on. It still took plenty of attempts, and of course I could have summoned help from another player at any time, but it turns out I can still enjoy the challenge of these fights when they aren’t too frequent (it helps that he has the decency to die on cue, at the end of one life bar, although he still effectively has two phases).

When I did finally win I got that old feeling, the one so often missing for me in Sekiro – the thrill of finally managing what initially seemed insurmountable. Indeed, it was the sort of victory that anecdotes are made of – out of healing potions, down to a sliver of health, I applied fire to my weapon and went for one last charge, delivering the final blow just as he was winding up to deliver his.

From what I’ve seen of Elden Ring so far, then, it looks to have skilfully intertwined its past and present approaches to boss fights, and added something new in the process. If it continues in this way, with plenty of moderate, playful challenges between the big story encounters, I’ll not only tolerate the likes of Margit, I’ll welcome them with open arms.