“I’ve been counting down the days and feeling celebratory. Then the next minute, it’s stressful. To be honest with you, I just want it to be out there.”

Riding a rollercoaster of emotions is something the Leicester band are used to.

At the start of last year, they were runners-up in the BBC Sound Of 2020 poll and their Junk Food Mixtape had reached No7 in the album charts — despite not even being an official album.

Matravers, the band’s main songwriter, says: “Things were starting to take off, then Covid hit.

“We’re a live band. Live is the best way to consume Easy Life and we couldn’t play live. We still haven’t played live for 18 months.

“So yes, things were looking pretty good for us. We’ve done a bit of TV and things but it’s just not the same, so this pandemic has left us wounded.

“It was a massive shame, but I don’t want to dwell on it because there are a lot worse things that have happened.

“Not being able to play or see a gig doesn’t compare to thousands of people dying. And we had a lot of time on our hands.”

According to Matravers, “time” was the reason Easy Life had not written their debut album in the past four years. 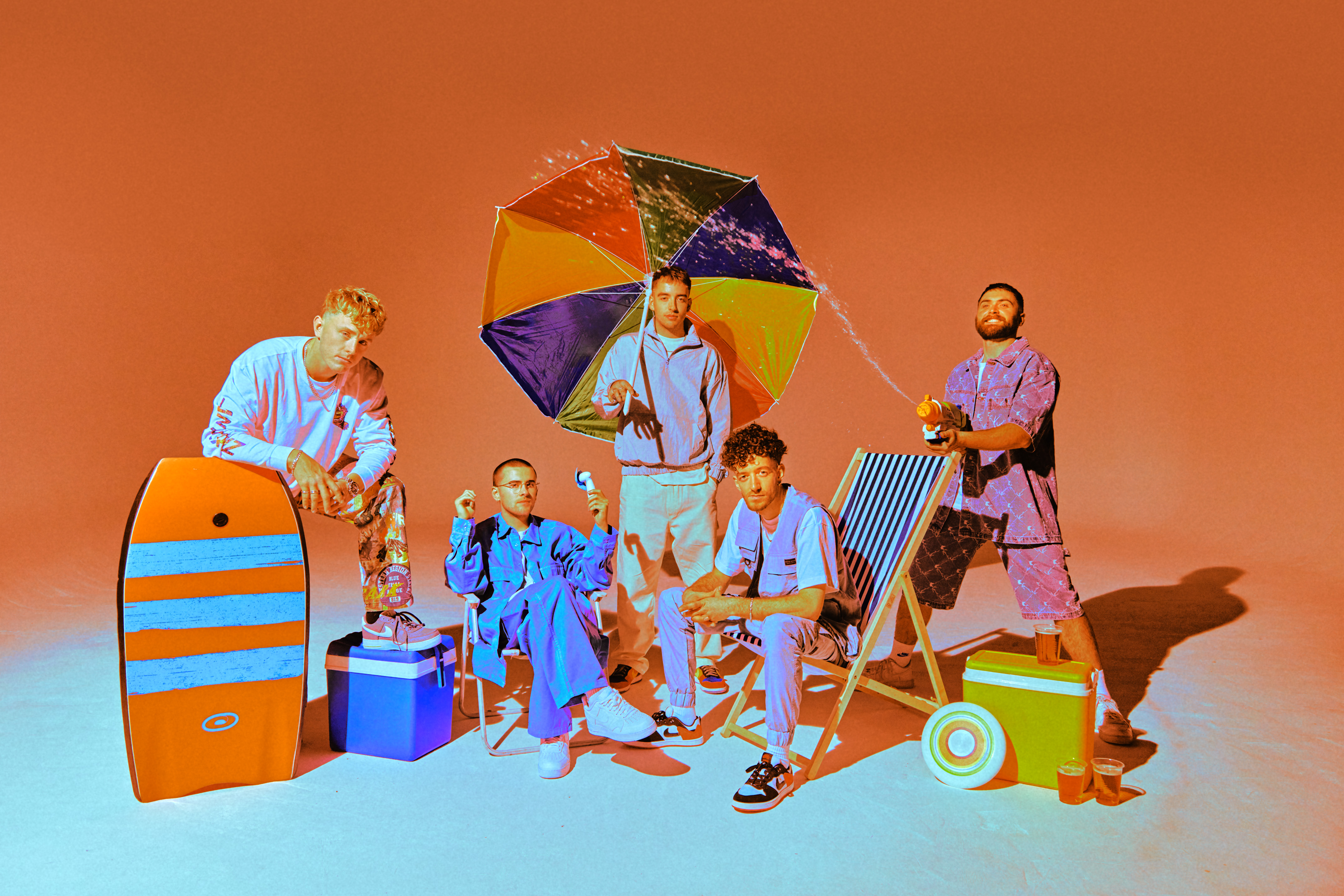 He says: “All of a sudden I’d run out of reasons why I hadn’t delivered the record. So in that respect, I thoroughly enjoyed myself in lockdown.

“I was super-grateful to have something to do. I live in London but am back and forth all the time. I’m going back to Leicester tonight to see the lads. And the boys are all doing well.

“They’re still on a high from Leicester winning the FA Cup.

“The lads are huge Leicester fans. I’m not really a football fanatic but I am a Leicester fan by default. The past two weeks have been big ones for Leicester.”

Easy Life are all about authenticity.

And there are no rock star airs or graces when I chat via Zoom to the likeable frontman who grew up on an organic cattle and sheep farm in Leicestershire.

He says: “There are a few old songs that made the album but that was a case of finally having the time to nail what the song sounded like. We’ve always had the mentality of writing a song and getting it out there as quick as possible.

“Also, I have a short attention span. As soon as I write a song, I think it’s the best song in the world for about an hour. Then a week later, I never want to hear it again. So it’s important to get it out there as soon as possible.”

We’ve always been an antidote to what’s cool. For fans to put us on a pedestal is amazing

Hence the much-anticipated Life’s A Beach is an album of songs written as quickly as possible.

Matravers says: “The 12 songs that made the album were all written in three or four hours. They just happened.

“And the ones that I really tried to craft in week-long slogs didn’t get anywhere. If I start thinking about what it is that I’m making, then it starts to sound really bad.

“I have a hard drive full of terrible songs I really tried to write.”

It’s an album that tackles issues such as anxiety, and conveys a message of hope and positivity.

Matravers says of stand-out tracks Nightmares — which was featured in Michaela Coel’s TV drama I May Destroy You — and Skeletons: “They both carry the message that life is full of problems, but it could be worse and it’s going to be all right.

“Skeletons is about being attracted to things which are inherently bad for you. And people are quite bad for you as well.

“I was always falling head over heels for people that I knew would f*** me over in an instant. 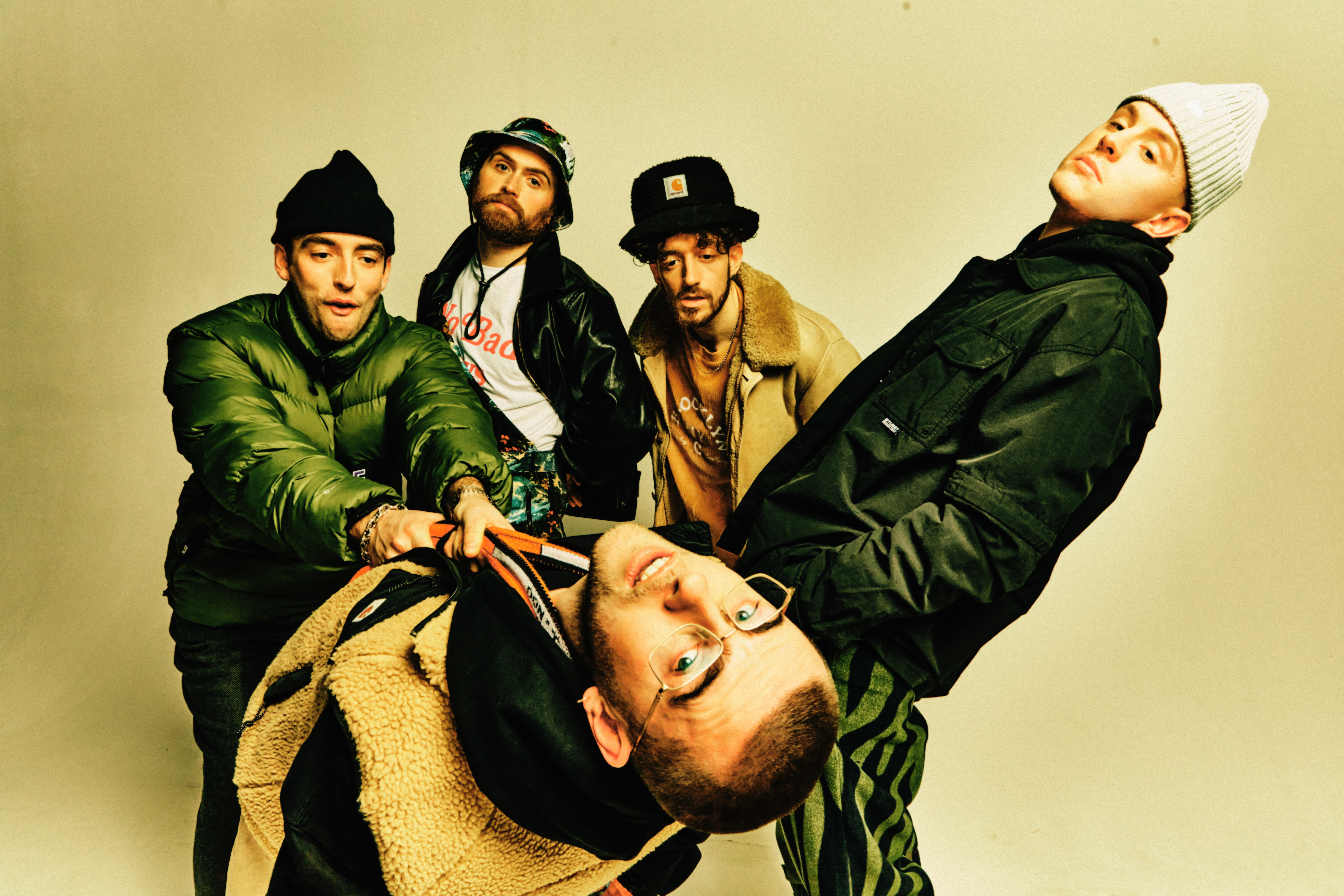 Matravers says: ‘Skeletons is about being attracted to things which are inherently bad for you. And people are quite bad for you as well’

“There’s something attractive about doing things you know are bad for you.

“Everyone goes through trauma and anxiety, and we need to talk about it, then we can see we are all as fed up as each other and we can tackle it as a collective.

“I live a very pedestrian, normal f***ing existence. I’m sure that other people will have the same thoughts I have.

“I hope like-minded people can take things from it. I’m very normal and go through ups and downs. I hate and love myself in equal measure.”

The album is bursting with tracks full of observational and deeply personal songwriting, inspired by escapism.

Matravers says: “We’re from Leicester, which is really far from the beach.

“It takes two and a half hours to get to Skeg (Skegness) so it’s about trying to get out, in a positive way.

“Because it was written during lockdown, the dream of going to the seaside was fabulous.

“And the British seaside is iconic. 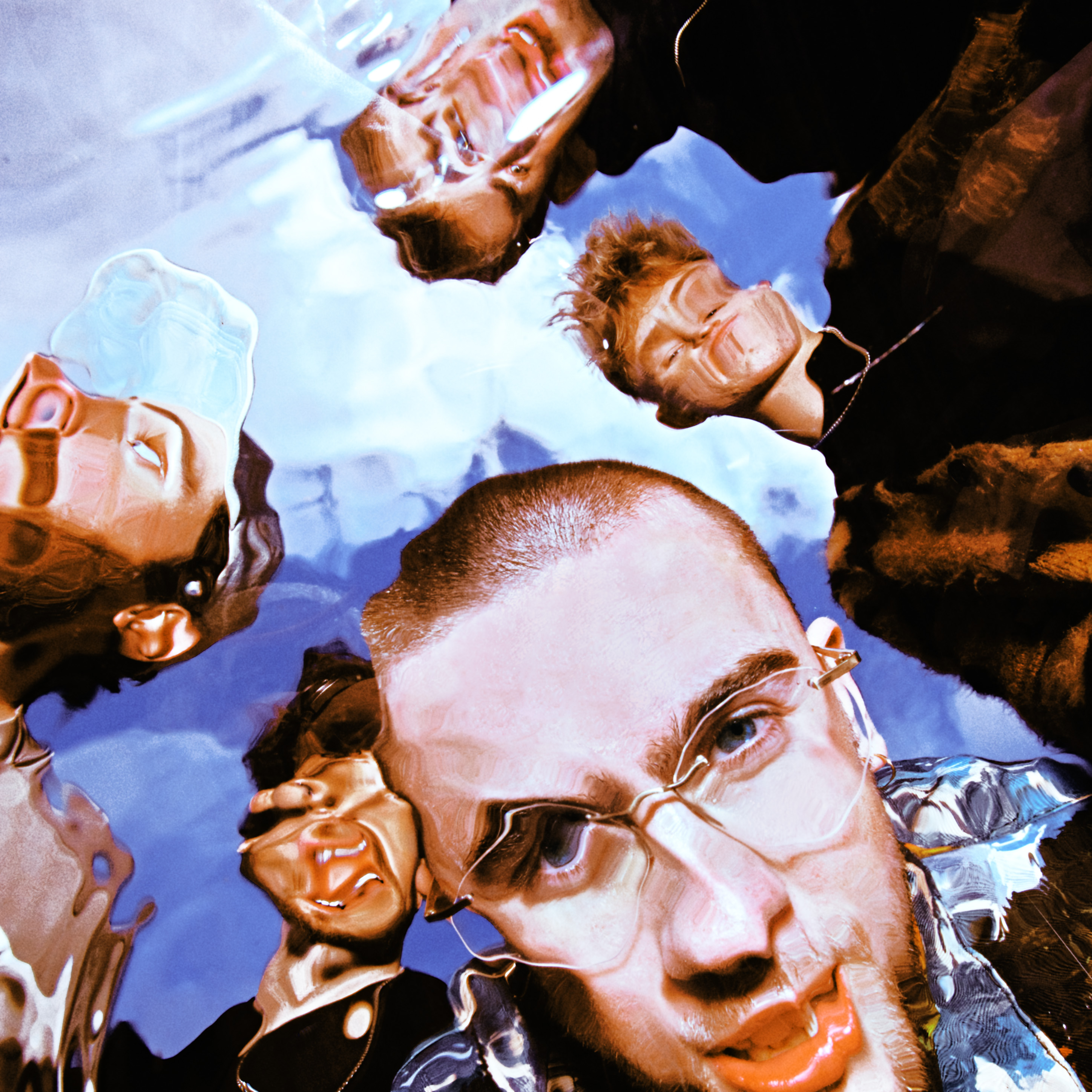 Matravers says: ‘Everyone who grew up in England has fond memories of going to a naff seaside resort at the weekend with your family and those times are nostalgic. It’s quite retro’

“Everyone who grew up in England has fond memories of going to a naff seaside resort at the weekend with your family and those times are nostalgic. It’s quite retro.

“I liked the idea of the album being a day out to the seaside and it starts off with everything going well, then it takes a dark turn, and you decide to go home.

“That’s the narrative of the album. I could have called it ‘Living in Leicester’, but that would have been quite boring.”

We’re a live band. Live is the best way to consume Easy Life and we couldn’t play live. We still haven’t played live for 18 months

Easy Life are Matravers, Oliver Cassidy (drums), Sam Hewitt (bass), Lewis Alexander Berry (guitar) and Jordan Birtles (keyboards/percussion), who formed in 2017 “on a whim” one night down the pub.

Matravers, who used to sell jacket potatoes before he fronted the UK’s biggest new band, says: “I’ve always been obsessed with music and written songs since I was 12 or 13.

“Usually, back then just trying to get girls. It was a subconscious undertone of trying to be accepted by the opposite sex. 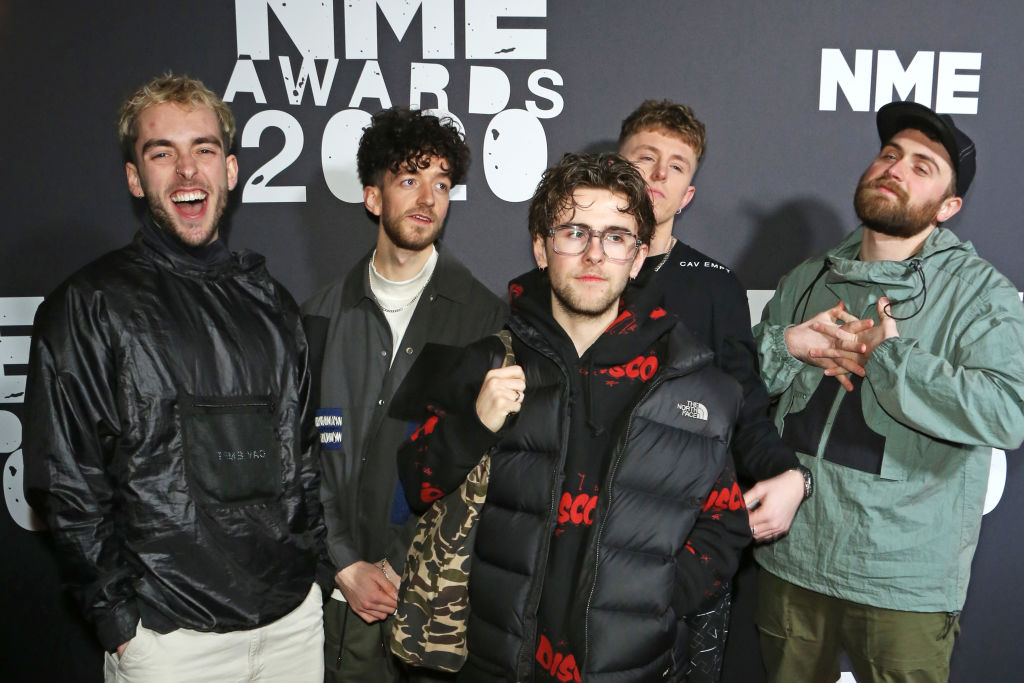 “And it’s a self-indulgent art form to be sat in your room, singing about yourself. So that’s all I ever do — there’s a lot of self-love. But I think it’s important, what this whole thing has done to me.

“I do feel like I know myself better than a lot of people my age. I hope that doesn’t make me sound like a w***er.”

A lot of the songs are written while slightly intoxicated

Matravers compares songwriting to therapy and says of writing Life’s A Beach: “It’s been cathartic and very wholesome. And it’s made me recognise when I’m writing for the wrong reasons, or my head isn’t in it.

“Then it means I don’t believe in a song, and I just stop. It has taken a long time to develop that discipline because for years I just kept writing songs I thought other people might like.

One song Matravers did need convincing to include on the album is its closing track, the Mike Skinner-sounding Music To Walk Home To, which he recorded when he was drunk.

He says: “A lot of the songs are written while slightly intoxicated, but this one, most of all. In terms of the narrative, it’s about knowing it’s time to go home after a wacky adventure at the beach.

“I was with a friend, Fraser T Smith, who produced Nightmares and has produced Adele and Stormzy. 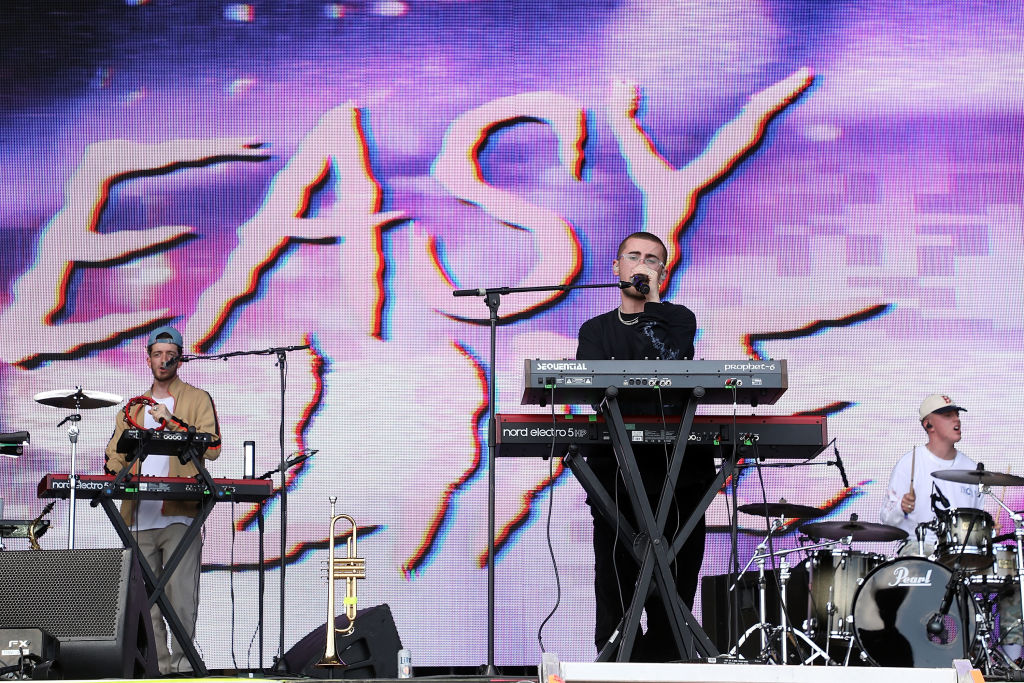 Matravers says: ‘We’re doing Reading and Leeds and a few more things yet to be announced. Not a lot of shows, but hopefully next year we’ll go and really enjoy it’Credit: Getty

“We were hanging out getting drunk and he has a studio at his house. We were listening to Fela Kuti and were just nerding out and started making this weird samba beat and decided to record it. It seemed like a great idea at the time.

“Then we went to sleep. When it came to putting it on the album, I was going to re-record it and take it seriously, as you can hear how drunk I was. But the magic was in the stupidity of it all.”

Easy Life are looking forward to things getting back to normal and getting back on a live stage — not just for themselves, but for their fans too.

Matravers says: “We’re doing Reading and Leeds and a few more things yet to be announced. Not a lot of shows, but hopefully next year we’ll go and really enjoy it.

“It’s weird. I love the festivals, but I haven’t been to one for so long. The world has truly changed completely.

“But it’s our fans I feel for, as Easy Life has an amazing community. They all talk to each other and meet for gigs

“There’s been these amazing friendships formed through the band that will stand the test of time. They’re real connections with people from different places.

“It’s something which as a band we are super-proud of.

“Easy Life has always been an antidote to what’s cool. We are like the unpopular nerds at school.

“So for these people to put us on a pedestal like we are cool is amazing. 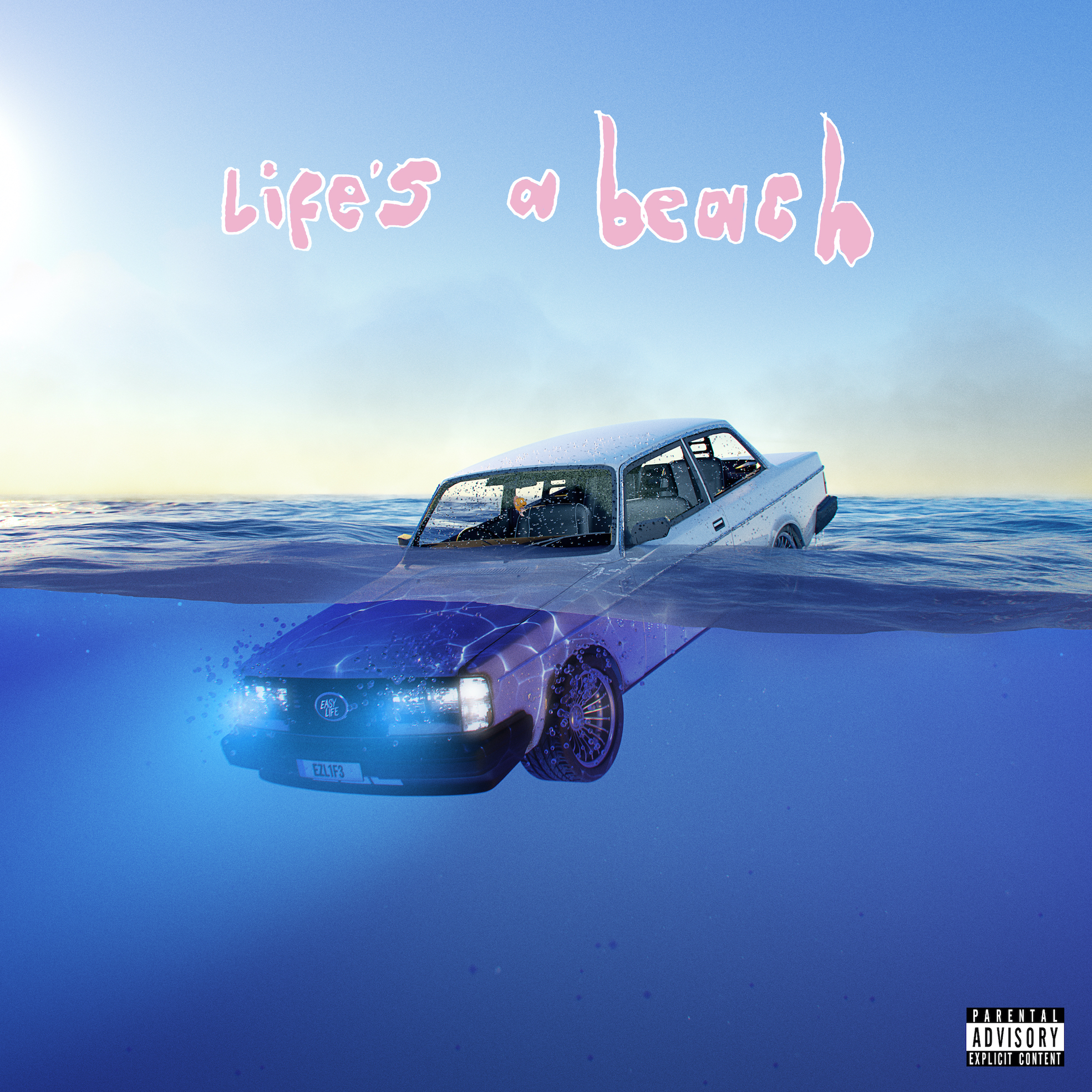 The album Life’s A Beach is out today

“So we’re sort of running with it. But it shows anything is attainable. It’s not like we look like Justin Bieber.

“We are dudes who lived five blocks from the pub and decided to form a band.

“And now we are putting our debut album out. I still can’t believe it.”