EASTENDERS’ Stacey Slater is set to be left devastated by Kheerat Panesar after issuing him a relationship test.

Stacey, played by Lacey Turner, and Kheerat – Jaz Deol – have had an on/off relationship since having a one-night stand in 2020.

Stacey tests Kheerat in the cafe in upcoming scenesCredit: BBC

She is left furious when he keeps his distance from her in publicCredit: BBC

Thing are set to go sour between the pair in episodes airing next week when Stacey issues a test to her love interest.

Wondering if Kheerat is ashamed of her, she plans to kiss him publicly in the café to see how he would react to the affection.

Despite the kiss, Kheerat soon changes his tune when Suki Panesar walks in – and backs away, leaving Stacey devastated.

Believing that he’s embarrassed to be with her – and furious over the rejection – Stacey is set to end their relationship. 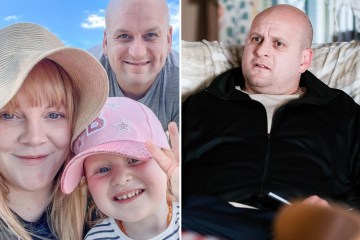 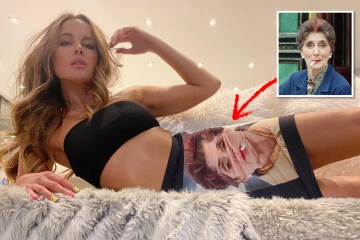 It comes as EastEnders is set to air ANOTHER exit as a star is due to walk away from the BBC One soap after four years.

Rainie Cross – who is played by actress Tanya Franks in the BBC soap – has left Albert Square with baby Roland.

Viewers know she had been separated from her son after husband Stuart abandoned him during his secret post-natal depression battle.

He dropped the baby off with surrogate Bernie leaving Rainie devastated.

But after growing tired of caring for the baby she only had as a surrogate, Bernie laid down an ultimatum to Rainie.

She told her: “I shouldn’t be the only one putting Roland first. You do not get to make him suffer because your marriage is falling apart.”

Heading home, Rainie realised she was right and raged at Mitch for what Stuart had done – even though he is suffering from post-natal depression.

Stuart told her she should take Bernie’s deal and leave him to give Roland the home and life that he deserved.

Rainie was completely devastated but decided to take the deal.

Sitting Stuart down she gave him an ultimatum – to get help and join her and Roland – otherwise she would leave Walford for good.

The Sun exclusively revealed that the summer will see four more exits from Walford – including Stuart Highway actor Ricky Champ,