EASTENDERS fans were left horrified tonight to see Kat knock Jack out over the head with the kitchen stereo, before fleeing Walford with Kush and the kids.

After days spent skulking in the Slater’s attic, the policeman finally caught Kush out as he and Kat tried to make a run for it. 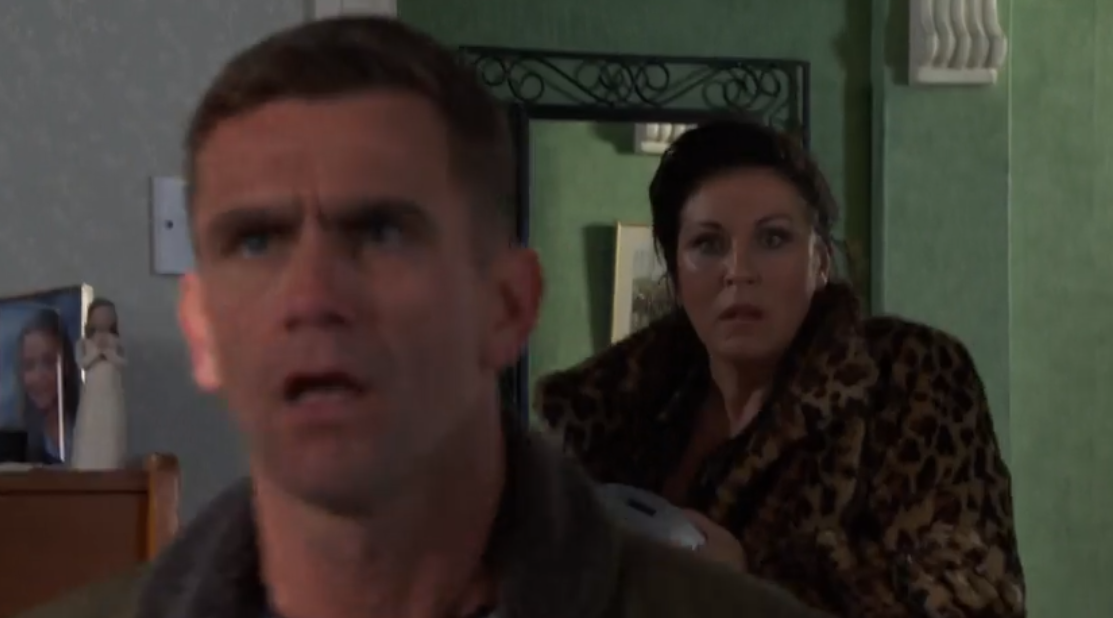 Jack made a surprise visit to grab some bits for his daughter out of the loft, catching Whitney off guard as he tried to get upstairs.

As he arrived, Kat and Kush were up in the attic arguing about where and when to go when they heard Jack come in the house.

After attempting to keep him out of the way, Whitney frantically told him she had seen a rat and could he come in the kitchen and try to get it out.

Whitney was doing pretty well but Kush and Kat made a racket going down the stairs and Jack caught them. 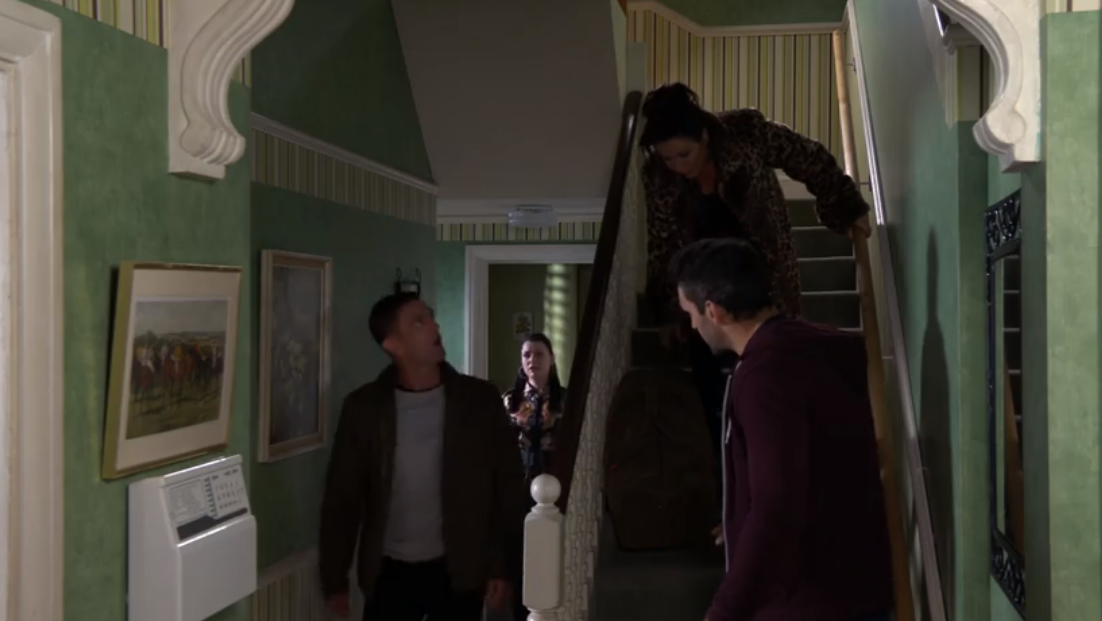 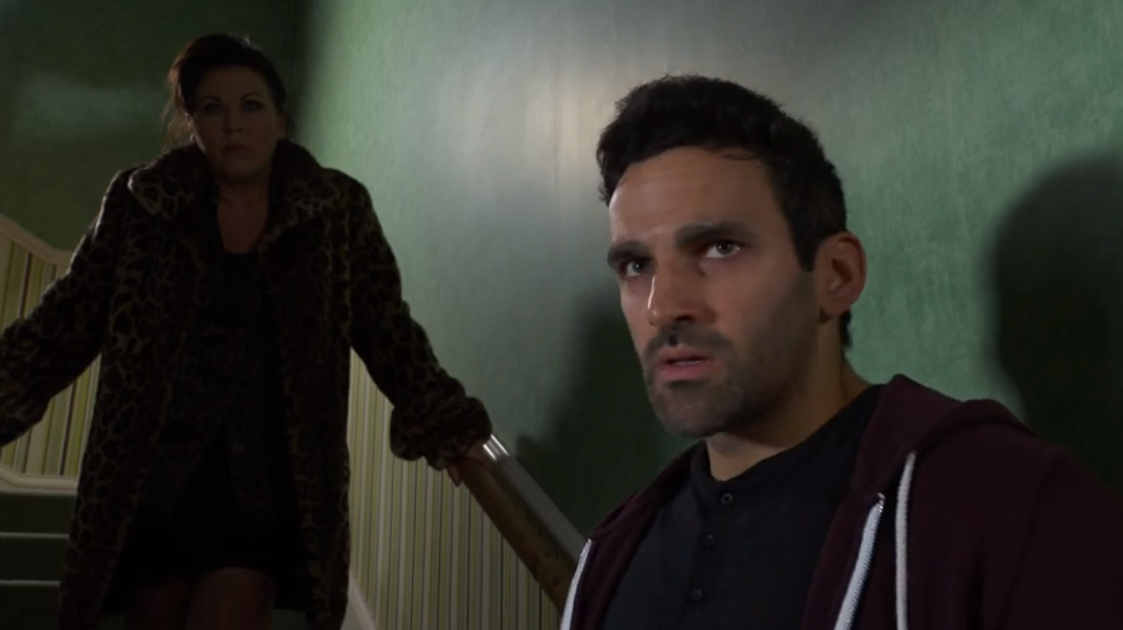 Kush has been hiding in Whitney’s loft

Ordering Kush into the front room, Whitney pleaded with him to let him off and turn him off.

Jack replied he couldn’t, “Coz I’m a COPPA!” he bellowed at her.

As he started reprimanding Kush, Kat grabbed the stereo in the kitchen and bashed the police officer over the head.

Fans of the BBC One soap were left shocked and horrified by Kat’s rash decision. 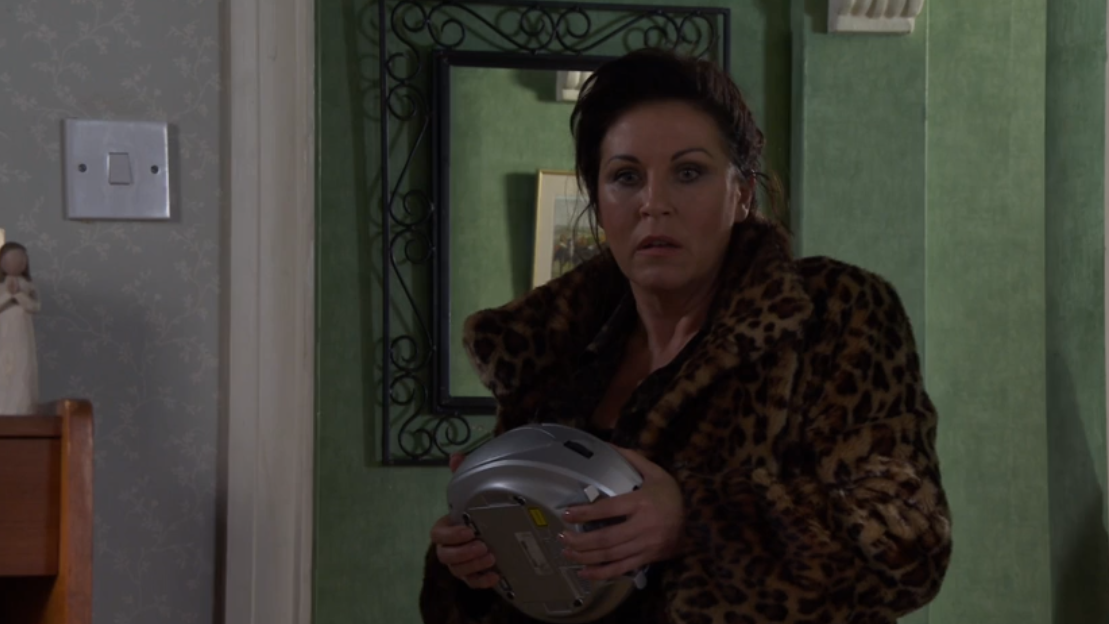 Posting to Twitter, one wrote: “What just happened, didn’t see that coming, everyone just attacks each other in this program now.”

“Cheezjus, Kat Slater has more front than Brighton pier! Can’t believe she just did that,” added another.

While a third commented: “Who did it? Kat, In the living room, With the CD player.”

With Jack out cold, Kat, Kush and kids quickly packed up their stuff and jumped in a Black Cab as Stacey pleaded with her cousin not to leave the Square.

Just as the family all got in the car, Jack came running out of the house shouting at them to stop.

Watching the fugitives drive away, Jack looked on as he rubbed the back of his head.

Fans know Jack and the rest of the police have been looking for Kush for his part in a botched arm robbery.

Will Kush and Kat come back? Viewers will have to tune in to see.