Samuelsson and executive chef Tristen Epps prepared a “special dinner” for Wade, rapper Rick Ross and more of his closest friends, the source tells Us. 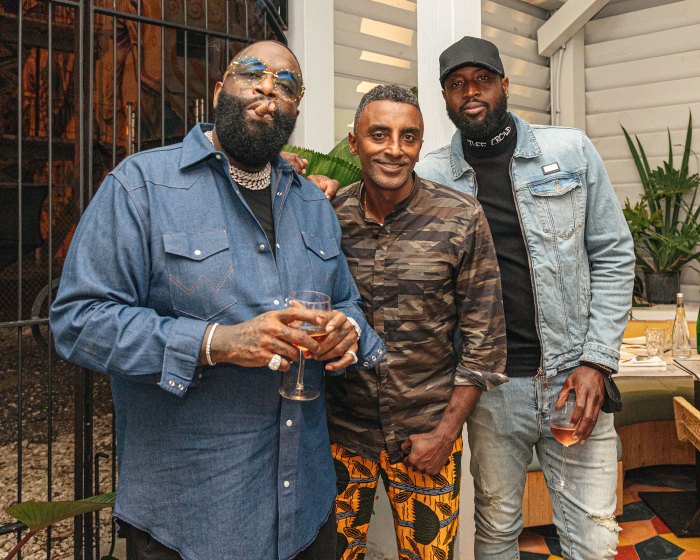 Attendees were all tested for COVID-19 prior to the meal, the insider adds, noting the event was held in the private outdoor area of the restaurant to adhere to coronavirus pandemic safety guidelines.

“Prior to dinner, Samuelsson welcomed the group and talked about the history of the building where Red Rooster Overtown resides,” the source says. “[It was] previously Clyde Killens Pool Hall, a space that hosted many legends like Muhammad Ali and Sammy Davis Jr.”

The former athlete chowed down on sour orange pig ribs, Spaghetti Picadilly, Florida shrimp and grits and fried yard bird. The meal was topped off with bottles of the former NBA star’s Wade Cellars wine.

At one point during the night, Ross, 44, presented the birthday boy with a custom three-liter bottle of Luc Belaire Rare Rosé, according to the source. “The bottle was completely customized to for Dwyane with his signature and Images etched into the bottle,” the insider says.

The source adds: “While it was a very small dinner, and much more tame than his normal birthday celebrations, Wade was excited to have a night out with his close family and friends to kick off his birthday weekend.”

The outing ended with a custom cake by Lux Cakery, which was designed to look like one of Wade Cellars’ wine bottles in an edible crate, with his jersey number in the righthand corner. 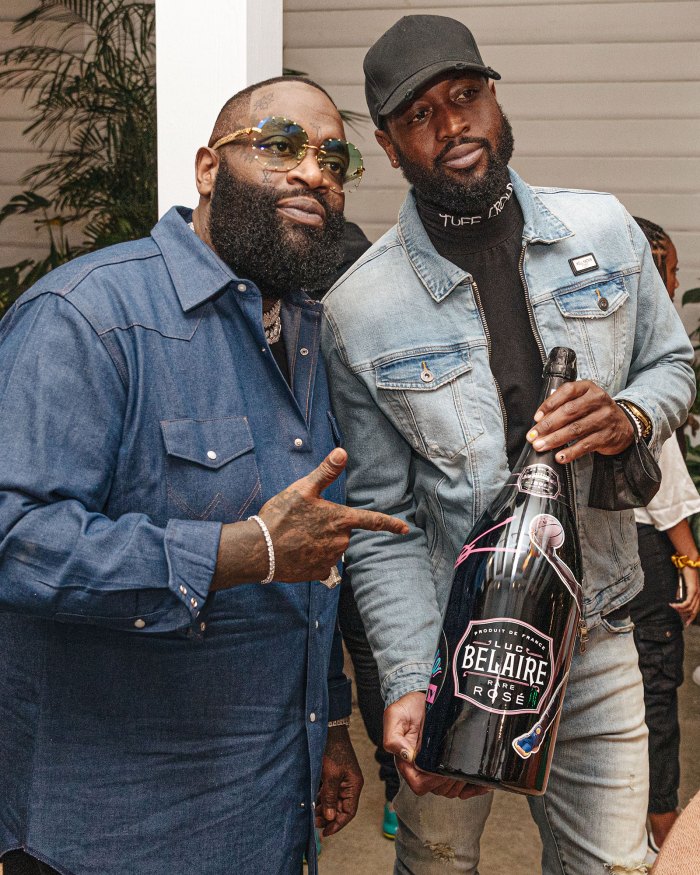 “Wade was so enamored by the cake that he walked it around the table so each person could get a good look at the cake,” the source tells Us, noting the retired basketball player took a tour of the building before leaving the restaurant to “take in the rich history of Overtown.”

Three days prior, Wade’s wife, Gabrielle Union, surprised him with a vintage Mercedes-Benz in honor of his birthday.

“One week before I turn 39 and @gabunion has already started with the surprises,” he captioned a video of the Bring It On actress, 48, revealing the 1988 convertible car via Instagram on Sunday, January 10. “She just raised the bar#1988 Classic!”